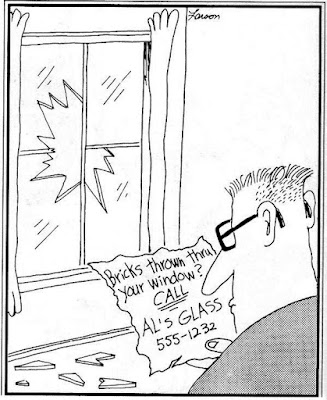 First, from the Urban Dictionary, a definition you'll be needing in a few minutes:

Negging:  Low-grade insults meant to undermine the self-confidence of a woman so she might be more vulnerable to your advances. This is something no decent guy would do.

And here, from the Lincoln Project, is the most sublimely ridiculous Tweet I've seen in awhile  --

Democrats need to stop airing their intraparty grievances in public.@TheRickWilson and @TaraSetmayer make the case for why on the latest episode of LPTV’s The Breakdown: https://t.co/HsyizDQ8Cv pic.twitter.com/g2PozAXTl8

-- in which the Alert Reader will notice that serial electoral failure (remind me again, what was the last election Rick Wilson actually won?) castigates "Democrats" for "airing their intraparty grievances in public"...


By.
Airing.
His.
Grievances.
Against.
The.
Democrats.
In.
Public.
Which Wilson does pretty much on a daily basis.
In case you are unfamiliar, the Lincoln Lads are a political ad company which sprang into existence in 2019 on the theory that Democrats are terrible, stupid and generally "holistically bad at politics".
That's one year after Democrats stomped the living fuck out of Republicans the 2018 elections, but this did not affect the Lincoln Lad's business model in the slightest.  Instead, they leaped straight into action...insisting Democrats sucked so badly at politics that the republic was doooomed unless Liberals forked over tens of millions of dollars to this gang of recently-former Republican ad makers because they and only they know how to win!
The results of this investment of 67 million precious dollars in the Lincoln Lad's magic rather than, say, Democratic candidates and local races were as awful as they were predictable.
Well, some of us predicted it.
From Common Dreams:

Lincoln Project 'Epically Failed,' Say Progressives as Trump Wins Bigger Share of Republican Voters Than in 2016
"Turns out there were no 'Biden Republicans.'"

Sirota: Lincoln Project election efforts to swing GOP votes from Trump 'epic failure'
...
“In a sense, they went to liberals and said ‘give us money to help us defeat Republicans, that’s our job.’” Sirota said. “So, when Donald Trump actually increases his share of the Republican vote in 2020 versus 2016 when there wasn’t the Lincoln Project, that’s just statistically an epic failure.”

Sirota further said that the group raised more money for “ineffective ads and expensive stunts” than the Democratic party spent to try and win key state legislatures. He noted that those losses could change the course of Congress for the next decade.

“So imagine if that $67 million had gone into winning state legislatures, it could be a totally different ball game for the next ten years,” Sirota said. “But, instead it went to Republican operatives at the Lincoln Project, to produce YouTube videos that made MSNBC-watching liberals feel smug, but didn’t actually move any voters.” ...

In a Twitter thread, Ocasio-Cortez argued that The Lincoln Project, which raised $67.4 million according to Federal Election Commission data, diverted resources from organizers and groups who were more effective in driving votes in for Biden.

"It's not too late for them to do the right thing. Lincoln Project should take the L and publicly pledge to give a lot of their fundraising to the people who actually made a big difference," Ocasio-Cortez said.

From  Brother Charlie Pierce over at Esquire:

The Lincoln Project Didn't Move 10 Votes in This Election

Never Trump conservatives are about as relevant to the actual election results this year as are the Whigs or the Free Soil Party.

From my own blog, in which I dare to use arithmetic to measure the Lincoln Lad's post-2020 election performance against their own, publicly declared metrics.

Y'know, it's almost as if Never Trumpers are holistically bad at politics.
So what's really going on here with the constant barrage of negging insults coming from these recent-former Republicans?
These Reneglicans?

How is it (as I'm sure you, the Alert Reader will have noticed long ago) that pretty much all Never Trump "advice" amounts to little more than Maoist denunciation rallies or "struggle sessions" in which they encircle Biden and/or the entire Democratic party and/or the Left and rage endlessly that we're all doomed because the Democratic party sucks because it won't transform itself into the 2014 GOP.

Here is a very tiny sampling of just one catch-phrase from the lexicon of what passes for helpful advice from our Never Trump allies every day:

As I like to say, they're holistically bad at politics. Good in places and some areas, bad overall. https://t.co/SQWretNrLO

Since Democrats are holistically bad at this, I won’t miss it because they will make sure that it will go viral and make the major news networks by tomorrow morning

If Democrats didn't holistically suck at politics, this would be the only topic of conversation for a week, but they do, and they'll blow it again because a few loudmouths in their caucus are giving Trump every break.

1/ Just a reminder of the why Democrats are holistically terrible at politics.

Trump is HANDING you Puerto Rican voters in Florida. On a platter.

It's a layup. But the Democrats will do just what they did in 2016: jack, followed by squat.

Another edition of "Democrats Being Holistically Bad At Politics," a continuing series https://t.co/mHVSNuuXYc

But, as noted previously, Democrats are holistically bad at campaigning outside safe zones. https://t.co/XUl3xVuwZA

I keep stealing Rick's line, but they are *holistically bad at politics*

Because they are holistically terrible at the knife work of politics and don't understand moments of opportunity. https://t.co/7viETIxoag

1. Trump blew up the GOP
2. The Dems are *holistically* bad at politics.
3. Stop whining

Our allies continue to insist that this constant political negging is, in fact, sound advice based on their fetishistic delusion that there exists some vast, invisible, subterranean reserve of Reasonable Republican bipartisanship just waiting for Joe Biden to tap into if only he would use just the right Magic Conjure Words. And an equally fetishistic belief in some huge, silent army of Centrist voters who 1) are mopes who pay no attention to anything, but 2) could be persuaded to vote against fascism if only Joe Biden would just punch enough hippies or something (Tone Cop!)

To justify their constant, whiny public complaints about the Democrats not being sufficiently responsive to their whims, a number of Never Trumpers have just reverted back to their factory-default Both Sides Do It settings.

So, once again, what's really going the these Reneglicans?

For the Lincoln Lads, I thinks it's strictly mercenary, with top notes of "protection racket".  They need a steady flow of credulous Liberal money to keep the lights on, so they continue to toss bricks through our windows...

...and then show up to reproach us for 1) letting out windows get broken and 2) warn that they and they along know how to fix 'em

Nice work if you can get it.

Are they saying Democrats are horrible at lying and need to learn how to lie better like republicans?

What is this "holisitically bad at politics" meme? It's like Wilson and Nichols are collaborating to get trending. I think Tom Nichols is holistically bad at being honest with himself about his historically bad takes about politics so I could care less what he thinks.

There's nothing wrong with the Democratic "message" of solidarity, compassion, investment, and accountability for giant, wealthy, powerful corporations and industries for the harm they cause cause to the public, workers, consumers and the environment.

The problem is that the Both Sides™ media can't "balance" that message with the Republican message of selfishness, cruelty, ignorance, religious fanaticism, belligerence, and full corporate/industrial ownership of the nation and everything in it.

Because Republicans are so self-evidently awful that their perfidy, malevolence and bad faith are not even newsworthy anymore, that's the only way the Both Sides™ "news" media can "report" on things. Just look at all the pearl-clutching over Biden's speech criticizing Republicans for being against voting rights and "for" absolutely nothing. When Republicans say bad [untrue] things about Democrats, it's "good politics" and "effective messaging"; when Democrats say bad [true] things about Republicans, it's "partisan" and "divisive."

Republican "policies," to the extent they still have any, are thoroughly appalling, designed to hurt far more people than they help, but the Both Sides™ media can't "report" that nor can they "report" on Democratic policies that actually help people because Republicans don't have any that they can point to for "balance." Since Republicans can't be given credit for their policy achievements but have to be given credit for something, the only thing the Both Sides™ media can give them credit for is "messaging."

So, Democrats have policy, Republicans have "messaging." See? Balance! Both Sides™!