Some of You Tribal Elders May Remember Waaay Back In 2018...


...when Sarah Huckabee Sanders' future and the norms of American politics were destroyed when she was politely refused service at a Red Hen restaurant in Lexington, Virginia for [checks notes] being the mouthpiece of a fascist monster named Donald Trump.

And right on cue, the Tone Police lost their collective minds:

There was this from Vox:

Sarah Sanders and the failure of “civility”

After White House press secretary Sarah Sanders announced that she had been denied service at a Virginia restaurant this past weekend, prominent figures from across the political spectrum expressed their indignation.

And this from the Washington Post’s editorial board which, now that we are entering an age of a radical Supreme Court gutting Roe and state-sanctioned anti-abortion bounty hunters, has aged spectacularly badly:

Those who are insisting that we are in a special moment justifying incivility should think for a moment how many Americans might find their own special moment.  How hard is it to imagine, for example, people who strongly believe that abortion is murder deciding that judges or other officials who protect abortion rights should not be able to live peaceably with their families?

The left’s contempt is going to reelect Trump

...In recent weeks, Trump derangement syndrome on the left has reached critical mass. First, there was Robert De Niro’s “F--- Trump” tirade at the Tony awards, followed by Samantha Bee’s calling Ivanka Trump a “feckless c---” on her TV show. Then the owners of the Red Hen restaurant threw out White House press secretary Sarah Huckabee Sanders because she works for the president, while chanting protesters heckled Homeland Security Secretary Kirstjen Nielsen at a Mexican restaurant.

And here was my own small contribution to the uncivil discourse:

...We have long since passed the point where the the mainstream media pays any attention to the causal, quotidian  racism, paranoia, non-stop lies and hysterical Liberal bashing from the Right.  It's like living next to the "el" track in Chicago, which I a did for a couple of years when I had a little apartment on Roscoe.  After awhile you stop noticing it.  It becomes background noise.  It becomes normal.

But this same media absolutely freaks the fuck out when when the Left punches back.

Suddenly everybody's got to go to courtesy class, right now!

Let the Trump team eat in peace
...
They will get no argument from us regarding Mr. Trump’s border policy, and when it comes to coarsening the debate, he is the prime offender. The poisonous fruits could be seen, as it happens, Saturday morning in a vile tweet from Ms. Sanders’s father, former Arkansas governor Mike Huckabee, that associated House Minority Leader Nancy Pelosi, a California Democrat, with the vicious MS-13 gang.

We nonetheless would argue that Ms. Huckabee, and Ms. Nielsen and Mr. Miller, too, should be allowed to eat dinner in peace...

If Trump succeeds in getting us all to talk and behave like him, he will have won a larger cultural battle than you could ever imagine. In this regard, i fear he is well on his way.
— Matt Lewis (@mattklewis) June 25, 2018

Why are so many of our political leaders jerks? @SykesCharlie looks for an answer.https://t.co/ge0MHBAz6I
— Stephen Hayes (@stephenfhayes) June 25, 2018

If we reach the point where we decide that marching, voting, suing, and speaking isn't enough -- that we have to get in a person's face or disturb the peace of their home -- then we're crossing a dangerous threshold: https://t.co/TyzpW2mrgC
— David French (@DavidAFrench) June 25, 2018

Primaries across the country this year are being seen as a test of former President Donald Trump's influence on voters and the Republican Party, but in solidly red Arkansas, Sarah Huckabee Sanders' victory in the GOP primary for governor was no surprise...

At 39, Sanders ran an unprecedented campaign for the job once held by her father, former Gov. Mike Huckabee. Boosted by an early endorsement from Trump and a record-breaking $14 million campaign war chest, Sanders cruised to an easy victory Tuesday night over former talk radio host Francis "Doc" Washburn...

All the smart money is on Sanders crusing to an easy victory in the Fall, so apparently asking her politely to leave a restaurant in 2018 was not exactly the end of all things Huckabee.

And the freshly nominated candidate's first order of business was?

Sarah Sanders jumps on Texas shooting to justify ban on abortions, not guns

So, as is always the case, we find the media Tone Police amounts to little more than the political equivalent of the Uvalde police -- 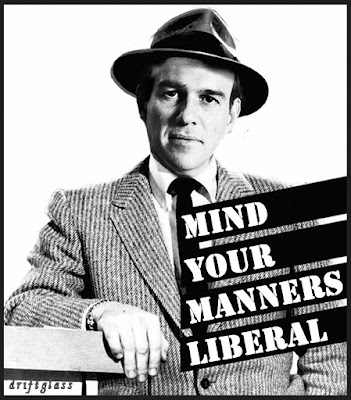 -- authority figures who, rather than using that authority to aggressively acts against a terrible threat, choose instead to cower outside the danger zone and use their authority to try and stop anyone else from doing anything about the disaster taking place right in front of them.

Tone would not be a problem if we ere dealing with reasonable, sane, adults. That were not so corrupted.

Dg, liberals are treated like women: WE must always regulate our behavior and speech; it's OUR fault if the right misbehaves. Reactionaries will be reactionaries; we can't ask to much of them. And when they misbehave, we must have asked for it, provoked them; and our demands in response to their misbehavior, if we're too loud and uppity, are just going too provoke them further, and it will be our fault yet again.