1.  America should be ruled by a cadre of morally superior white men.

2.  Wealth is proxy for moral superiority.

3.   Any means of insuring that America is permanently ruled by a cadre of wealthy men is permitted.

That's it.  That's all. The fairy tale of supply-side economics.  The idolatry of believing that all problems can be solved with massive tax cuts and deregulation.  The reflexive contempt for government.  The fever-pitch delegitimization of Democrats whenever they try to govern as Democrats.   Despising the poor as morally deficient and hating the Left for wanting to help improve their condition.  All of that and so much more awfulness flows not from the defects of Conservatism, but from what Conservatives believe are its virtues.

And because they believe what they believe, living in a democracy where the government theoretically derives its legitimacy from the consent of the governed has always been deeply frustrating for Conservatives.  Because it means their oligarchic ends somehow have to be achieved through putatively democratic means.  Through voting and legislation and the courts and the pressure of public opinion.

That's there what I call "the patient capital of authoritarianism" comes in.  Over the past half century, the Right has been willing to do the one thing that the Left refuses to do: patiently spend an insane amount of money taking over the country.

Why seize radio stations when it's easier to buy them by the thousands and remake them into propaganda engines pumping out poison to every corner of the country?

Why worry about public opinion when manufacturing public opinion -- when creating an army of reprogrammable meatbags who will believe anything you tell them and vote as directed -- is so much more efficient?

Why fight the law when buying lawmakers is a much better, long-term investment?

Why worry about the fickle results of the popular vote when spending what it takes to recruit and elect enough fascism-friendly state legislators and governors to suppress votes and nullify elections is so much more reliable? 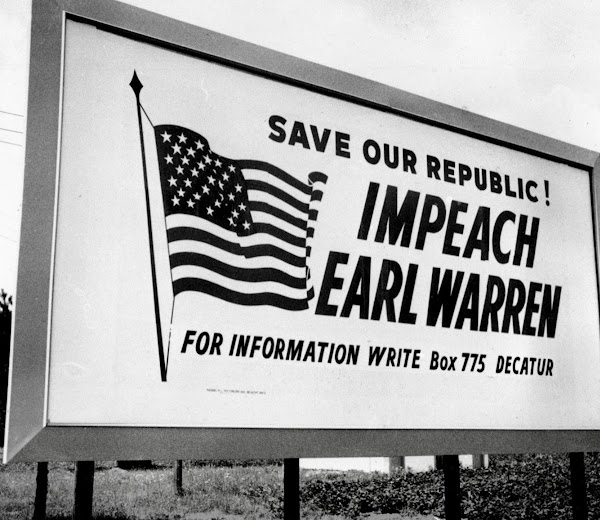 ...when spending whatever it takes to breed a generation of Barretts and Ailtos and Kavanaughs to fill the judiciary from the bottom up is so much more permanent?

Why debate to obvious wounds that Conservatism has inflicted on this country when you have a multi-billion-dollar megaphone you can use to wrap yourself in the flag and piously gas on about Freedom and Welfare Queens?

Why argue with some fucking do-gooder over whether your cigarettes are poisonous when it is so much easier to use part of your mountain of money to sell the world the comforting lie that they're toasted?

the democratic party has been trying to win the hearts and minds of the voting populace for my entire lifetime and have been steadily losing ground.

the republican party has been going for a more visceral approach...lick their balls and grab their pussies...the 40% will walk barefoot through glass, vote against their interests and storm the gawdamn capitol to get another lick, another grab....

I suggest one more smug item to your list at the top. 4. Great wealth indicates great intelligence. When in reality, these are some of the most ignorant people in the world.