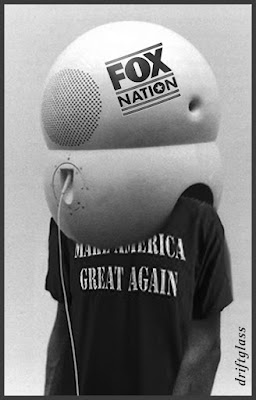 "Never again is what you swore the time before.”

The problem here is, they want the rest of us to be all enthusiastic like they are when it comes to penis's .

Jerry Falwell Jr.'s wife being bopped by the pool boy at the request of Jerry.. Newt and his sanctity of marriage leadership. The moral theocratic superior race yearns for their "Iran". They are lost in the wilderness awaiting the savior to lead them to the Promise-scuity land.

It is sad so-so many seek spiritual fulfillment from the wrong places. The seem to look everywhere but there own heart.

Life long republicans who always said they were conservative this or that. Now we find out they always thought of themselves as blood sucking Vampires.

Who stumble across a movie to find out a werewolf is more powerful than a Vampire and can kill a vampire.

That is all it takes to for them to dissuade their life ling conservative ideology. Better yet, Their deeply life long held religious beliefs are not enough for them to resist idolizing a vampire or a Werewolf identity/

Just wait till republicans discover the movie called, "The Blob" and how it can consume everything.

Did you know the Blob can kill a vampire and a werewolf?
And so many GOP voters cast their ballots for that?

Was Hunter Biden's dick employed in the Biden administration? Did it somehow manage to get two billion dollars from the Saudis? No? Then perhaps they have the wrong penis in their pics.
Betta fish are cool. I almost lost my shit one day when I did a delivery to a business by UC Berkeley and they had Betta fish in tiny little cups by the cash register. I wasn't in a position to bitch them out, as they were a customer of the business I worked for, but I did tell my boss about it.
Speaking as a musician, the quality of the technical workers on the project is in every case directly related to the quality of the overall product. Junior dude is correct. Steve Kornacki (or any performer) doesn't need to be thinking about the gear he's using while he's doing his job, because if he is, the quality of the work will suffer. It's a little like how I had to abandon my idea to use Linux (free digital audio software!) for making music when I realized that yes, I had successfully taught myself to write command lines, but no, the writing of them did not fit in with the performing of the music I was trying to create. Also, the actual software was shitty, but that's another story.
Thank you again for the podcast. The storm has hit, and although no snow has fallen on us, the power did go out for a couple of hours, so we're hoping that was all of that, but realistically several feet of snow are forecast and it is PG&E after all...

To advance patriotic Conservatism in schools I will be giving all schools a copy of my new book, Hunter Biden's Penis.

>>> Personally and specifically, David Gregory used Meet TP to keep rehabilitating Newt Gingrich's career over and over again. And I... no one knows why he decided to do that, but that was one of his personal projects.

May I suggest that someone paid him to do it?

Sorry. Throw pillows if you want to.

Sorry to be commenting so late. I checked out "If Books Could Kill - Bobos in Paradise."

Hobbs and Shamshiri are delightful to listen to, light and funny banter along with good discussion. However, 98% of this podcast could have been condensed to this simple phrase: