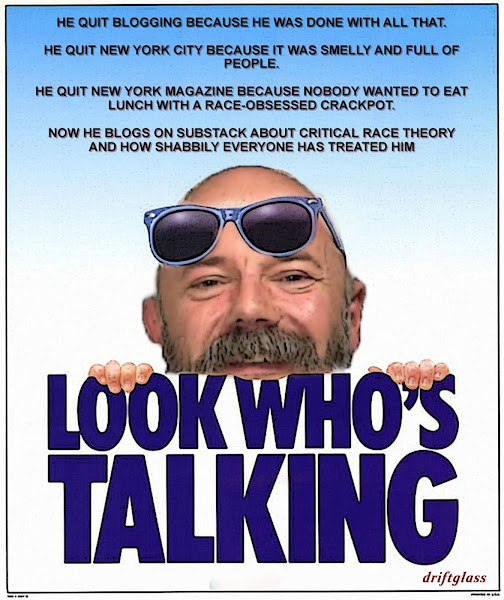 On the day that five radical revanchist Republicans erased a Constitutional right for the first time in American history, Bill Maher broke out his Rolodex, thumbed through this list of fellow contrarian dickheads, and decided that what the country was most in need of at this tragic moment was to hear from America's most prominent White, gay, childless, Catholic, Tory, Conservative, Libertarian phrenologist.
And Sullivan did not disappoint.
Sullivan on Biden:

We need someone who can find a center. It turns out, Biden doesn’t seem to be that person

And on Biden again:

[There is] nothing I can see, right now, even on abortion, where he is anywhere near the center of where public opinion is.

And another shot at Biden, with a steaming pile of Both Siderism on the side:

And how about one more shot at Biden, with another steaming pile of Both Siderism on the side:

This is not a moderate presidency. I wish it were. I voted for him. But he’s a captive of his left the way that some of these Republicans are captive of their right.

And we'll finish off with Sullivan smirking at us stoopid Libtards for not realizing that this...

...is actually a great opportunity for liberals, for pro-choicers. The country is not in favor of banning all abortion. Only 13% want that. So, go out there, persuade people, and what this ruling does is call the religious right’s bluff.

While it's true that having your government savagely turn on you -- rip your basic rights away from you -- can be, uh, bracing, the idea that it's somehow a good thing that a radical, revanchist Republican court will spend the next few decades forcing Americans to re-fight for rights we have already secured is typical Sullivan, contrarian mush-brain claptrap.
On the other hand, I will take some bitter consolation in the knowledge that when this same Supreme Court terminates Sullivan's marriage by decree, I can haul out his words out of cold storage and explain to him how this is really a great opportunity because it means that now he can drop whatever he was doing, put his life on hold for a decade, buy himself a couple of pairs of overalls and hie himself out to Jesusland to persuade the Christopaths and build coalitions and stuff.

When, oh, when, will someone respond to this by asking, "How so?" Or asking for one shred of evidence or reason to believe that this is true.

>>> While it's true that having your government savagely turn on you -- rip your basic rights away from you -- can be, uh, bracing, the idea that it's somehow a good thing that a radical, revanchist Republican court will spend the next few decades forcing Americans to re-fight for rights we have already secured is typical Sullivan, contrarian mush-brain claptrap.

Weaponized falsehood is the Republican brand. Sullivan is just following the playbook.

Andrew probably has good advice for someone who has no pair of socks that match one another in a pair.

He could advice which two different colors to put on each foot. Well, maybe?