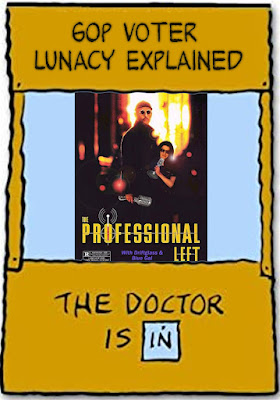 "Traveler, there is no path, The path is made by walking." -- Antonio Machado

Thank you for the reminder about the actual work being done by Democrats to counter the onset of fascism and theocracy. I'm kind of out of patience with these fuckers who want someone to wave their magic wand and fix all of the damage being done by the well funded, decades long, relentless effort of the goddamn Republicans or else they won't support them in the next election.
We don't have the luxury to despair right now. Yes, things are depressing, but not impossible. Alito and Thomas are in their mid seventies, six or seven good election cycles and we could have a 5-4 swingy kind of SCOTUS back. Yes, that's a monumental task, but what are we gonna do, not do it?
Thank you again for the podcast. Sara finally kicked down the cat (and dog) pictures, and I already emailed them to you. Rainbow pride leg warmers are involved. On the animals.

Listening to the podcast spurred my recall I thought I would share on republicans of late.

I am a transplant from Calif to Nebraska. And yes Ben Sasse is one of my senators.
He does ot have town hall meeting but is in ads on TV and in the local news talking about how he stands with Nebraskans.

You see, he only meets with certain Nebraskans. Heis office folks claimed when he met with the state Chamber of Commerce, that was a town Hal.
Over his time in office, he has made local news having meetings with "pro-Life groups and raises money while bolstering his religious values which he has bestowed on us in manners as , Thoughts and Prayers" over the Las Vegas mass shooting.
When Trump was elected, he claimed he voted for Mike Pence and not Trump even though they were one ticket.
When Trump became Thig in Chief and the GOP began their fiscal irresponsibility and it began to show wildly.
Sen Ben Sasse's office told me on several occasions that he was no longer a Fiscal Conservative. They he became a "Constitutional Conservative"
So I have asked, and asked again and again if the Senator could send me a copy of the Constitutional Conservative for I only know of one constitution of the United States of A.
* I have never received a copy. So I have asked (to no response) When Ben Sasse took his oath of Office. They used the U.S. Constitution to swear him in to office and that oath was to the existing U.S. constitution and not the Conservative constitution.
So how can he swear an oath to the U.S, Constitution and then call himself a constitutional conservative?
Again, there is no constitutional conservative document . What does it mean?
It means, he doesn't have to defend the constitution he took and oath to defend and that his allegiance is not to the Constitution America knows and relies on.

As there is no written document for the constitutional conservative. It can mean whatever he wants it to ant any time. And, When he makes statements of defending the constitution. He is not tiling about the constitution recognized by the USA and definitely not the one he was sworn in to office with.

You know, the coy lying of the cute republican still growing up to become the true asshole he was born to be.

oddly for the record, His kids are growing up and for some reason his wife hasn't been pregnant for some time now. could his religious values be set aside for his wife to take Birth control. Also known in religious circles as infanticide. Ending that life before it was born or even conceived?