The Chaos Queen of Arizona Regrets To Inform You... 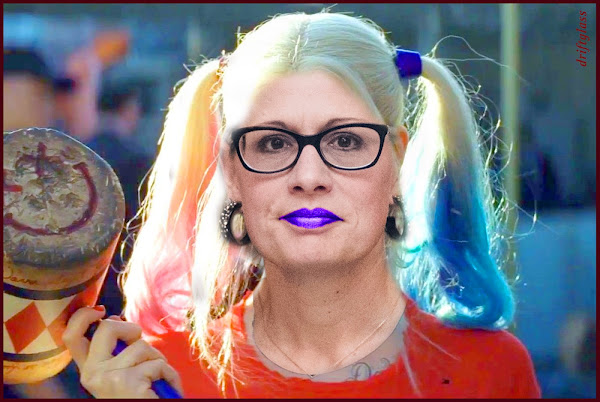 ...that democracy will be cancelled for the foreseeable future.

Via The New York Times:

Sinema Says She Will Not Support Changing Filibuster

President Biden’s drive to push new voting rights protections through Congress hit a major obstacle on Thursday when Senator Kyrsten Sinema, Democrat of Arizona, declared that she would not support undermining the Senate filibuster to enact new laws under any circumstances.

Pre-empting a presidential visit to the Capitol to meet privately with Democrats, Ms. Sinema took to the floor to say that while she backed two new voting rights measures and was alarmed about new voting restrictions in some states, she believed that a unilateral Democratic move to weaken the filibuster would only foster growing political division.

“These bills help treat the symptoms of the disease, but they do not fully address the disease itself,” Ms. Sinema said. “And while I continue to support these bills, I will not support separate actions that worsen the underlying disease of division infecting our country.”...

No senator.
You are the disease.

1st, let me say that I am very happy that you are back on Twitter.

Sinema is just beyond understanding. I think only pressure from her constituents will do any good . . . and, maybe, nothing will do any good. I wonder who her benefactor(s) is(are)?

I'm afraid this year is going to be yet another year of intense activism like never before! I am active in TX politics where we have a GQP state government headed by the lame (figuratively and actually) Gov. Abbott. Unfortunately, we're stuck with two of the worst senators in the Senate, Cruz and Cornyn. They make up the dregs and the scum (bottom and top effluvium) in our polluted pool of humanity.

Alt Jill Stein is a Green, their raison d'être is to undermine the Democratic Party and help Republicans.

George: I’ll see your Cruz & Cronyn and raise you my Rubio & Scott.

It can be difficult to get some of that attention back from Marge Taylor Greene.

I mean When a House Representative can command the media like MTG and a Senator of her caliber level finds it hard to compere.

But K.S. does what she can.

As anyone can see in the both sider paradoxical enigma.
They both avoid speaking about who they represent. For it is all about themselves.

It is a pronoun/ noun usage giveaway of what they aren't.

Word after her speech was "We're breaking her, keep going."

Can't help but notice the cruel karma of Yankee democracy getting it in the scrote via the backdated Arizona corporatist-hipster who's a one-womyn Crust-Punk-to-Shining-Path pipeline ... somewhere back there the DNCC Kool Kids punched one hippy too many, & Sinema's horcrux lit up like a supernova.