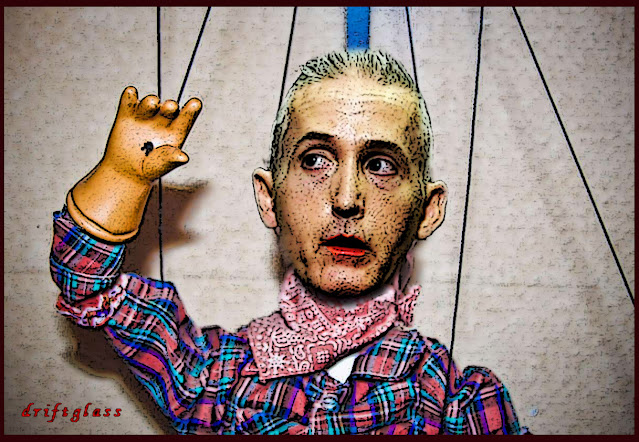 Since I currently have over 10,000 posts in my archives and since navigating The New Blogger is like unto trying to sculpt a cameo with a burnt tree trunk, I've decided to try and make a virtue of my limitations and my lassitude by looking through my archives covering this time of year -- late October/early November -- during of 2015 and posting one or more each day along with pissy pithy commentary about Important Lessons We Have Learned Since.

And so, in that spirit, let us join 2015 during the October of that year as Republicans were dragging Hillary Clinton before their Burn The Witch & Tank Her Poll Numbers tribunal, which was presided over by a cartoon character named Trey Gowdy and included semi-fictionalized exchanges like this --

Martha Roby (R-Alabama):    I will now make a speech about how you didn't care about Murrica, Libya or Ambassador Stevens.  Look at the piles, Mrs. Clinton!  Look at the piles!  I also have here an unconfirmed, unattributed email between two staffers who are gossiping on email about what one of them thinks they overheard.   Why won't you just admit that you hate America?

Hillary Clinton:  Are you fucking kidding me?

Martha Roby (R-Alabama):    I will now continue to dwell on the this hearsay email between two unnamed staffers.  Damning, Mrs. Clinton!  Damning!

Hillary Clinton (peeling an apple with a bayonet):  What's that now?  I'm afraid I got distracted by your incompetence.

Martha Roby (R-Alabama):    Don't you agree that these are damning, Mrs. Clinton!  Damning!

Hillary Clinton:  What are their names again?

Martha Roby (R-Alabama):  Rosencratz.  And -- I may be mispronouncing this --  Guilderstern.

Hillary Clinton:  They're not on my staff.

Hillary Clinton:  They're not on my staff.  And I'm not going to comment on what two lunch ladies in the State Department cafeteria may or may not have heard.

Hillary Clinton:  Ain't that just the truest fucking thing you clowns have said all day.

Hillary Clinton:  I get lots of email from lots of people. Also people talk to me on the street, and friends send me newspaper clippings and pea soup recipes.

Trey Gowdy (R - Dog Patch):  The question is not who Chris Stevens talked to: the question is who has access to you.  For example, do you deny that you had many, many emails from a certain "Nigerian Prince" in your email in-box?

Hillary Clinton: There were processes in place to deal with lots of things, including providing assistance to our embassies.

Trey Gowdy (R - Dog Patch): But what about the Nigerian Prince !?!

Hillary Clinton:  Your head looks funny.  Do you cut your own hair?  Do you have to use special tools, like a cheese grater or lemon zester?

Linda Sanchez (D-California):  The chairman waited a year and spent 5 million dollars to get you here, and now he is fapping around over the meaning of "unsolicited", Sidney Blumenthal, Media Matters, and a lot of other bullshit Fox News talking points.

Hillary Clinton: I cannot speak to what the chairman is doing with his tiny hands under the desk.

-- all of which I wrote up, here: "At The Pillory Clinton Hearing"

Fun Fact:  According to Blogger, this post was viewed by +21,000 people, largely because I was able to promote it, share it and otherwise shamelessly talk it up it on Twitter.   Not exactly Slate or Bulwark numbers, but that level of traffic ultimately puts food on the table and keeps the lights burning here at Castle Driftglass.  And based on the precipitous drop in readership this blog has suffered since the day I was exiled from Twitter forever, such a post would probably pull in 1/100th that many readers today.

So what lessons have we learned from this?

Damned if I know.

Email ThisBlogThis!Share to TwitterShare to FacebookShare to Pinterest
Labels: fundraiser

Perhaps simply that it is a bad idea to have Trey Gowdy for your attorney, although there is seemingly at least one goddamn Republican who vehemently, fraudulently, disagrees...

You have an Alexa ranking of 1,327,592. Small Fry.
https://www.alexa.com/siteinfo/driftglass.blogspot.com