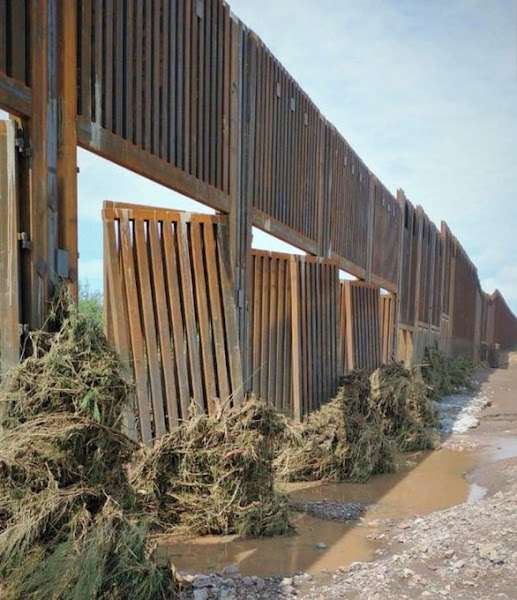 Remember when every Republican in Christendom spent a year clogging your email inbox with hair-on-fire news that Solyndra -- the experimental solar panel company that won a  $500 million loan guarantee from the Obama administration as part of their multi-billion dollar investment in clean/green energy -- had failed?

Solyndra was a manufacturer of cylindrical panels of copper indium gallium selenide (CIGS) thin film solar cells based in Fremont, California. Heavily promoted as a leader in the Clean Energy sector for its unusual technology, Solyndra was not able to compete with conventional solar panel manufacturers of crystalline silicon.

Solyndra was a good-faith investment in a promising clean tech that failed.  And, as I recollect, on the scale of Obama Scandals That Are The Worst Thing Anyone Has Ever Done it fell right between the Sekrit Obamacare Plan to Murder Your Sainted White Meemaw and the Tan Suit That Destroyed Democracy, and well behind the overarching Openly Racist Birth Certificate Lunacy.

(Brief aside:  Reminder that every one of your Never Trump resistance heroes watched this seditious, eight-year-long GOP racist primal scream unfold right out in the open and still insisted that everything was just fine with their Republican party and the real problem was dirty commies like you and me.)

And the overall program itself has been a huge success:

In 2011, solar panel company Solyndra defaulted on a $535 million loan guaranteed by the Department of Energy. The agency had a few other high-profile bankruptcies, too — electric car company Fisker and solar company Abound among them. But now that loan program has started turning a profit.

Overall, the agency has loaned $34.2 billion to a variety of businesses, under a program designed to speed up development of clean-energy technology. Companies have defaulted on $780 million of that — a loss rate of 2.28 percent. The agency also has collected $810 million in interest payments, putting the program $30 million in the black.

When Congress created the loan program under the Energy Policy Act of 2005, it was never designed to be a moneymaker. In fact, Congress imagined there would be losses and set aside $10 billion to cover them...

Well here's what a section of the Republican's $15 billion wall looks like after a downpour in Arizona.

A wall that Mexico was never going to pay for.   A wall exists largely as the infantile, medieval notion of a terrible, tantrum-throwing monster to whip up the racist Republican base.

Well, to be FAIR (for reasons) how could Lord Damp Nut and his minions ever expect such an extreme monsoon season in Arizona when climate change is a Chinese hoax and it never really rains in the desert anyway (lots of people, the best people, say that you know so why wouldn't it be true).

As I understand it, venture capitalists think they are doing really well if one out of a hundred of their investment bets pay off.

Wonder why none of the wingnuts freak out about those heroes of capitalism failing us.

You know, guys like Peter Thiel, and so on.

Just think if the right did put in there moat with alligators.

When the floods came. many a Texans or border living American could get surprised by all those gators on their front porch or in their barns munching on the livestock.

Until Trump makes Mexico pay up. Americans are on the hook for it.

Now I cannot imagine how many Islamic Coyotes, Terrorist rabbits or Peruvian communists looking for a hominy sacrifice to their Gods have gotten through?

I know, have TV news celebs book Steven Miller to discuss the positive contributions he made that the leftists are destroying.

Hopefully the wall sections are just left there as a monument to the sh◼️◼️◾◾ckery of the Trump administration.

As it deteriorates it'll become the fetid remains of a albatross, the bones of which will still hang around the neck of every conservative.

And whenever they go on about "X", just post a pic of the current state of Trumps wall.
It can become a memorial to their dreams.

My name is Trump, king of kings:
Look on my works, ye Mighty, and despair!