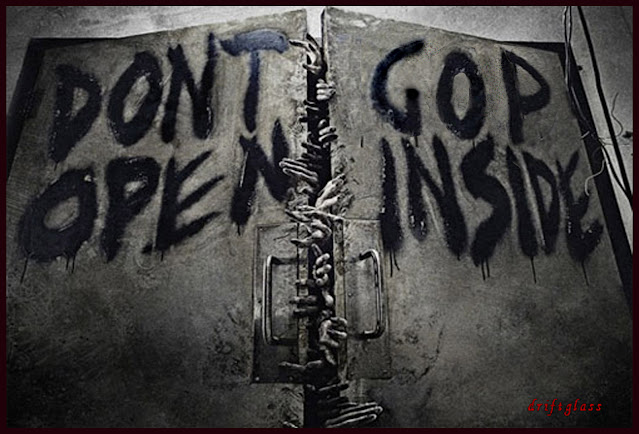 ...that the zombie herd is doing zombie shit.

“Honestly … it never occurred to me that we’d have a challenge getting people to take the vaccine, but that’s where we are.” pic.twitter.com/AFouoZlvu3

For anyone who feels the need to express shock that McConnell is doing what every fucking Republican has been doing since Reagan, please spare me. Republican strategy has alway been to send the snowball rolling down the hill and then appear on camera to feign sadness (and usually to blame Democrats for not cutting taxes more or whtever) once the avalanche they set in motion wipes out a village.

And of course Republican would have been be completely fucked long ago were it not for those helpful lords and ladies on the Beltway media who are always on-hand to make sure that the blame for wiping out the village is equally distributed between Republican destroyers-of-the-village and Democratic protectors-of-the-village.  Like this randomly-chosen example from a couple of years ago of Jake Tapper whinging on and on about the Sanctity of Bipartisanship or the Failure of Democrats to Whatever (from Crooks & Liars) --

-- which some disreputable Liberal took the trouble to fiddle with by swapping out phrases like "Trump" or "Republican" or "Trump Supporter" and swapping in swap in some variation of the term "brain-eating zombie":

JAKE TAPPER: And ultimately, if only Democrats vote to impeach the King of the Brain-Eating Zombies ... and Congressional brain-eating zombies, and maybe a couple of Democrats do not vote to impeach him, vote against that, doesn't that suggest that this is a partisan impeachment? Wouldn't that hurt the credibility of the impeachment of the King of the Brain-Eating Zombies that no brain-eating zombies vote to support it?

Because this is what the mainstream media has looked like to us dirty hippies for decades.
And for decades we have warned as loudly and clearly as we were able that if mainstream political media went on this way, it would kill this country.

It is, indeed, impossible to say with any certainty who has done more damage to America, Mitch McConnell or Jake Tapper.

McConnell is openly admitting he is out of touch with his political party members?

No-o-o-o-o ! It cannot be. It has to be that lying biased Medallion voting machine flipping his words again.

We need to get one of them there Cyber Ninjas in here to investigate and tell us the alternative truth we want to hear.
SCOTUS rules you did not hear what McConnell said.

Which makes it settled law.

Great pic, also. Forgot to say that before.

LOL that Tapper King of the Brain-Eating Zombies swap quote had me on the floor.