These Are The Three Most Important Lessons About Politics... 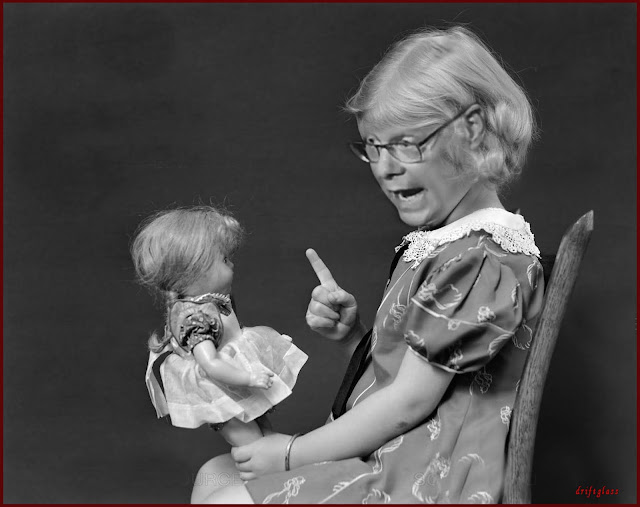 ...as imparted to me by Messrs. Tom Nichols and Charlie Sykes yesterday: two gentlemen who, I have been told repeatedly by my Liberal betters, are our allies and therefor we must not criticized them in any way...even as they are left unmolested to shit all over us..

Lesson #1:  Republicans, at their very worst, act almost as badly as Liberals.  Oh the horror.

Lesson #2:  The idea that there was anything fundamentally wrong on the Right prior to 2016 is such made-up, whiny Liberal nonsense  -- so stupid and ridiculous -- that it's not even worth discussing any more.

Lesson #3:  That there is a viable and profitable business model in having a regular rotation of petulant, thin-skinned  Conservatives -- who were so utterly blinded by their preening arrogance and so drunk on their own mythology they never noticed that their own party was becoming a fascist shithole until that party kicked them to the curb and who are such abject cowards that they flee in terror from anyone who gets near them with receipts -- sit around for hours and hours, month after month, bitching about how awful Democrats are and how Democrats don't know how to do politics and how Democrats need to "be more like Mitch McConnell" and how the Democratic base is too fucking demanding and don't know how to defer gratification like Republicans do and how those feckless Democrats don't know how to do messaging and how Democrats...well, you get the idea.

On the one hand, our Never Trump allies continue to demonstrate all the useful and supportive appeal of a neighbor who, having completely given up on doing anything at all about his own burning, zombie-infested, feral-dog-shit strewn hellscape backyard, now spends all of his time leaning over your fence, faunching and carping about how your rows of beans aren't straight and how only a complete idiot would plant tomatoes that deep.

On the other hand, there is clearly very good money and job security is being exactly this kind of disparaging, denialist, self-righteous Conservative prig.

Email ThisBlogThis!Share to TwitterShare to FacebookShare to Pinterest
Labels: sykes

Which category would this fit into.

GOP entirely comes out calling labor lazy and paid too much in pandemic relief unemployment extension.
They are living too well and refuse to go to work for less money.
maybe with over a half million COVID dead, many of these workers aren't there to return to work. We are not out of the pandemic yet either.
But they are lazy and the Small GOP government must do something to punish people back to work in these important jobs the At the diner for $2.10 an hour
I mean after the deportations of immigrants, these industries that depended on them for low wages now demand Americans to replace them. Definitely not the Jews replacing I am sure.
Now just recently A vote on the jan 6 Commission just prior the holiday weekend. Of course GOP filibustered. The thing is Senators are paid very well and they could not show up for their job to vote. They wanted to get out of town early for the holiday. I mean you know how many days they actually are in session each year?
* How do we punish these absentees in the senate to be there on their job when they are expected to and paid to.
But they have strong views of American citizens who need to have small GOP government punish them into taking jobs that bankrupt them.

Meanwhile Louie "terror babies" Gohmert asks the Forest Service whether they can alter the orbit of the moon and/or the Earth to counter climate change (which I guess is progress from denying it existed) and MTG says she doesn't believe in evolution and other such "so called science."
They're really dumb and evil. All of them.

The Forest Service may not be able to alter the paths of the moon and Earth.

But MAGA Trump says Melania can move heaven and Earth for him. Or at least in the past when viagra still worked.

Now, When Melania brings him a Big mac to bed. It is like heaven and Earth moved.

Like the forest Service, I am not sure of this and will have to get back to you on it.