Dateline Chicago: This Story Will Come as No Surprise... 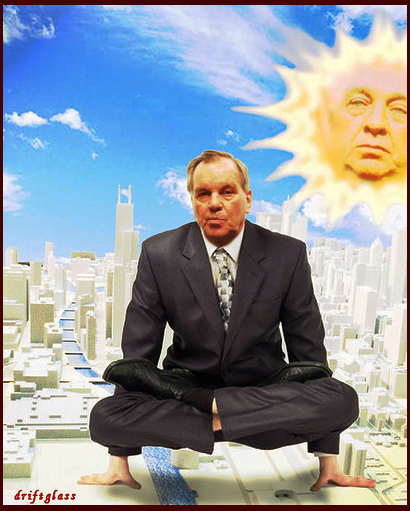 ...to anyone who was reading my blog a decade ago.

From the Chicago Sun-Times:

Allow me to repeat that for those in the back:

With 62 years to go on a 75-year lease, the private company has already recouped its entire $1.16 billion investment and $500 million more.

Parking meters in Chicago are a license to print money.  A money-machine which we tax payers paid for.   A money-machine which Da Former Mare of Da Great City 'a Chicaga sold off for pennies on the dollar after making sure some of his nearest and dearest made out like fat rats on the other side of the deal.  A money-machine he sold because he needed fast cash to prop up his administration for one more year so he could beat his daddy's record.

All of which you would already know if you were reading this then-Chicago headquartered blog ("Castle Driftglass") back in the day.

If you’re not from around here you may not know that the City of Chicago recently sold off its parking meter franchise to private contractors for a billion dollars and change. The deal was cut secretly, hurriedly (almost frantically) and for a fraction of what the meters are worth. And instead of allowing a decent, figleafing interval to pass to allow Da Mare to get all red-faced and pretend that He Din't Know Nuttin! the parking company instead jacked rates through the roof before the ink on their sweetheart contract had even dried, thus thoroughly fucking over the very citizens on whose behalf the deal had allegedly been rammed through, and stranding City Hall without a plausible alibi.

Which, for anyone who has not grown up under the pervasive, ethically smothering pall of the Chicago Machine, would raise some obvious questions. Like, f’rinstance, where in the Hell did an elected official ever get the balls to think he could hock public assets for a quick buck in the first place?

Because that is all this is: boosting something that you and I already paid for and fencing it like a hot car.

Outsourcing public services makes a ruthless kind of sense only when those services can be provided to the citizenry more efficiently and at lower cost. But a parking meter isn’t some high-end web design project or complex social program. It is a pure revenue-generator already; an iron box that exists solely to move money from your pocket into the City’s coffers. And without a coherent ethical framework or theory of government, the prudent outsourcing of a few services quickly becomes a mindless, piecemeal fire sale of every damned thing in a desperate rush to raise quick cash (and occasionally kneecapping a local union).

And that is exactly what is happening in Chicago...

I used to write a great deal about the ins and outs of Chicago and Illinois politics, which I knew very well.  Blago and Daley and Rahmses.
Seems like a very long time ago now.
A relic from a different world.
Behold, a Tip Jar!
at June 09, 2021

i was thinking about getting back to blogging...i even started a new blog life's journey 2.0...haven't gotten anything written yet except in my mind...i still write posts in my mind ;

I remember reading this parking meter deal in the paper somewhere, one foggy day and not from your Blog at the time. At the time I did not know you had one. But I read on.
Found it is no different than republicans selling and leasing themselves out to the Koch Brother or some other Self appointed Billionaire who came to believe he is the master of the universe.

I mean, can you grasp the profits made from owning Mitch McConnell?