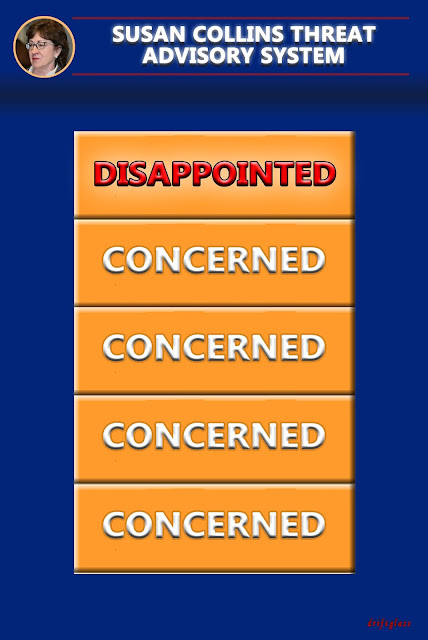 Back when it being built, the architects of Susan Collins Threat Advisory System never contemplated the need for a Very Concerned setting because the League of Concerned Scientists said that such a condition was scientifically impossible.
And then today happened.  From Axios:

"I am very DISAPPOINTED!"

Without GOP control of government and that includes the DOJ.

It leaves me pretty much concerned like when their is a high level of ticks in certain areas of the area forests and the parks and recreation Dept. makes a public announcement about precautions.

What concerns me more is that Sen. Tuberville of Alabama is dating Sen Collins from Maine.

Which actually alarms me.