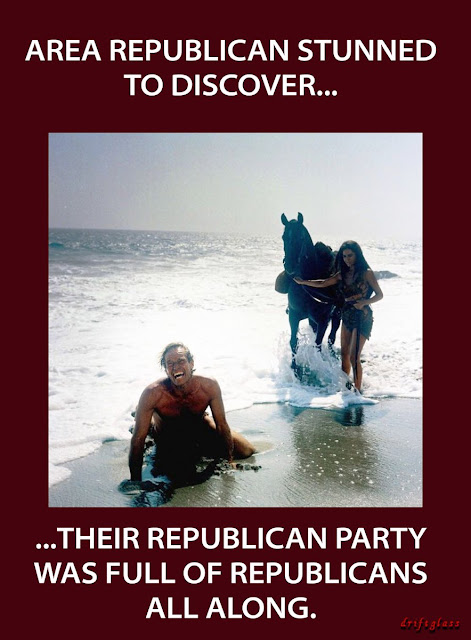 “Those are my principles, and if you don't like them... well, I have others. ”

Links:
The Professional Left is brought to you by our wholly imaginary "sponsors" and real listeners like you!

Cheneys? Give me a fucking break. I still remember the goddamn secret meetings with the oil company CEOs...
I'm kinda old.
But I'm vaccinated. Or will be by next week, they said it takes fourteen days to take full effect.
We got ours at CVS. It was easy. Registered online and chose an appointment time when we were gonna be in Oakhurst shopping for groceries already, got the exact time we needed, showed up ten minutes early and walked out as soon as our fifteen minute waiting time was over. Really, we could have left sooner as nobody was watching us, it was really that casual, which seems like a good thing to get nervous people in for their shots.
It was also J&J, so there's no second shot to make an appointment for and have to drive down the mountain to get.
You know, maybe those fifty years that Biden spent in government were a good thing, as he seems to know just what he is doing.
If you ask me, and nobody did, the smartest thing he seems to be doing is adhering to a policy of under promising and over delivering.
If anything can win us the midterms, I think it will be that. The sheer shock of seeing the government do what it's supposed to do and the resulting tapering off of the goddamn apocalypse right when they said it would taper off, combined with the lingering precautions made necessary by the goddamn Republicans who refuse to get with the program just might be enough to supercharge the voters who have really had quite enough of this plague.
Or not. We'll have to see.
Thank you again for the podcast. I behaved myself to an overly polite degree this afternoon when a goddamn huge pickup truck with Devin Nunes stickers on it parked behind me as I was making my way slowly and carefully down the parking lot from the mailbox.
A man a woman and a child got out and walked down the road past me, and I heard the man admonish the child for deliberately stepping on a ladybug, which there are hundreds and hundreds of out by the river just now, so instead of telling them what I thought of Devin and his mom and his cow, I engaged them in a short discussion on the good qualities of ladybugs.
Fuckers.

Dam right. The republican party is found to be full of republicans. Surprise..!

Yet, Some are more republican than theirs.
After the great Purity purge. It was assumed all the RINO's were excommunicated from the holy GOP loins.

But like a gay person being born into the world and raised by a GOP loyalist family . Only to find out later in the Childs life their child is not of the superior race.
So too Did rock forehead ribbed Dick the ultimate republican find out his daughter grew up to become a RINO.

The GOP has only 2 choices, As cannibals' have a barbeque and chow down on Liz Wings or hold the traditional Salem witch trial.

You see they do care about the unborn. it is only the born they hate.

Been attempting to think through the notion that those of GOP cult persuasion "believe" they have a Biblical tight and a constitutional right to infringe on my freedom.

If they (GOP) is to continue to look further at who is in their political party.
I can guarantee them, They will not only be surprised of what else they find but how they will feel about it.

FOXITUS may hold some sense of appeal in the public opinion.
In Court, I still know they view driving under the influence not the advertisers fault, not the fault of the alcohol manufacturers and not the bars.

I notice there is still desire of the press to report on Trump and things Trump and have a rough time presenting good news or informative news of value.

Oh a suggestion for DG. I happened to listen to a podcast by Al Franken who interviewed Bill kristol.
If your interested in twiddling thumbs while a cricket makes noise by rubbing his back legs together.
Well you get the idea.