John Boehner Lines Up For His Shot of Cheap Grace 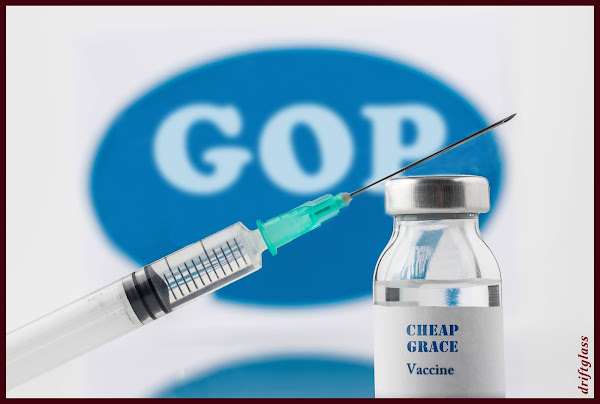 I case you may have forgotten who Weepin' John Boehner is and what an integral part he played in building the GOP monster machine that eventually ran him out of town, here's a little ditty I wrote all the way back in 2009.
Or, as it was known at the time by Republicans, the Beginning of Recorded History. 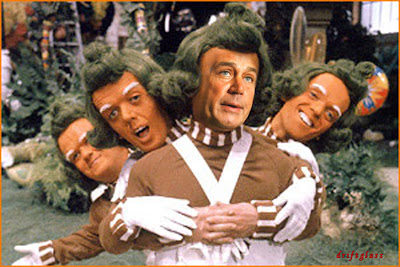 Who do you fault when your Party's insane?
A shrieking, bigot-riddled daisy chain?
Rabid from a diet of paranoid lies
Peddled by demented teevee guys?

Oompa Loompa Sprayontan Dude
Letting his Party come completely unglued
A laquered corpse, irredeemably screwed
Like the Oompa
Loompa
Sprayontan
Dude
Well Weepin' John Boehner is now the latest in that long, long line of Republicans who were run out of their own party by the monsters they helped to create and would like you to pay $17.99 to hear him call Donald Trump a poopy head and call his former colleagues crazy.
But more than that, what Boehner really wants is what every other Republican who has rolled up their sleeves for a shot of that of that sweet, sweet Cheap Grace.
From me in 2018:

Take the "Jesus" out of it, and the moral exercise is still valid.
First comes confession.  Then repentance.  Then atonement.  Then forgiveness.
And so far, virtually every Never Trump Republican has failed to clear even the first hurdle.  Like Walter White, they're always ready with a facile excuse for why they spent their entire adult lives serving Team Evil (Spoilers!)--
-- and why they may go right back to doing so once the Age of Trump is over.
And besides,the Libtard Media made them do it.
And besides,  everybody does it.
And besides, in all the decades they spent deeply involved in Team Evil leadership and politics -- working in the Republican Party's political meth superlab cranking out poison and madness and ruin -- they swear never had any idea what was really going on inside the Party, or any inkling of the catastrophic damage their Party was doing.
Which is all bullshit.  They knew all along, because how could they possibly not know?  They went along with it all along because they wanted to.  Because they are clever, perceptive men and women who made choices.  And now they would very much like to skip right past the part where they pay any price for those choices, an instead keep the media sinecures they carved out for themselves during their Team Evil days, and maybe add a book tour where they about their journey.
Because working for Team Evil your entire adult life does deep and lasting damage.  It ravages the soul.   And finding your way back from that begins with the kind of ruthlessly honest self-assessment which most Never Trumpers are simply incapable of.  Even here, in the middle of Middle America, with life-long Republicans I know and still talk with who are obviously, uh, queasy at rise of Donald Trump, their role in the long, sordid history of their party that got them to this place is not a subject they are willing to discuss.  At all...

Cheap Grace Republicans like Weepin' John want to be remembered for having heroically said spicy things about the state of their party long, long after it was too late:

John Boehner: "The president abused the loyalty and trust of the people who voted for him by spewing that nonsense without ever putting any facts out there. It was a sad spectacle." @MSNBC

And would very much like America not to remember the role they played in building that party in the first place and in mocking and slandering anyone trying to warn them that they were building a democracy-destroying doomsday machine.  In this case, what Weepin' John would very much like America to refrain from remembering that, for all of his boozy bluster, he voted for Trump.
Twice.

Email ThisBlogThis!Share to TwitterShare to FacebookShare to Pinterest
Labels: Boehner

the ticket to the republican show is this...expediency and shamelessness.

the kid who when caught cheating in school and someone said 'you're only cheating yourself...' burst out laughing!

...And the usual people will eat this shite up with a spoon, and come back for second helpings. ~X[

Johnny B. I remember him well He never read the bill forcing tax payers to pay his health care bills and never read his own health care plan. Because it was full coverage for whatever.

Johnny B. has this thing about DOORS.

" Look at how this bill was written. Cn you say it was done openly? With transparency and accountability , Without backroom deals struck behind closed doors. Hidden from the people.

That fact is that republicans don't respect the peoples (I meant thatthat they are suppose to serve. And in a greater sense they don't respect themselves. That makes them dangerous. It has been said many times, many ways, they serve power and mammon. "Da Hamm-ah" is fully invested in all of it, make no mistake. Just like Driftglass says and has said.

I have no idea who the drunken driver was that ran into the first sentence in my last post, but if you see them, get off the road, fast!