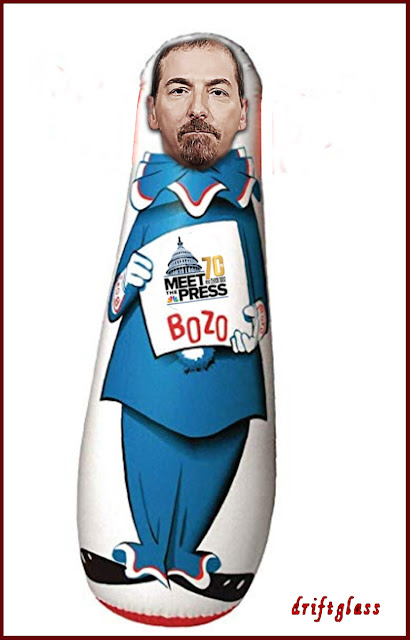 -- continues to feign shock that they pathologically lie when they're on his teevee show..

Since taking over the Meet the Press chair from the equally odious David Gregory (who was, of course, was snapped up by CNN the minute his non-compete expired), Chuck Todd has made it perfectly clear that he was only too happy to act as one of the Republican party's "respectable" media bidets.

So it's frankly pretty god damn funny to see ol' Chuck protesting and trying to push back with his atrophied, baby arms now that the Republican ghouls and grifters who come on his show just immediately drop trou and shove their asses in his face without any of the ritual pretenses and niceties.

I Promise To Close My Tip Jar The Minute My NBC Contributor Contract Comes Through.

Ted Cruz was born in Calgary Canada under our health care. Abortion was legal and available at the time.Maybe mom and dad got their appointments mixed up.send comments to yikes99@shaw.ca thankyou