Rubio, McConnell and the Party of Ritual Cognitive Mutilation 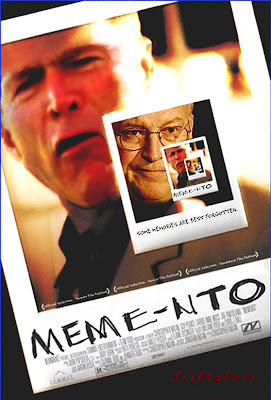 At first I was going to tweet my praise for @MarcoRubio, then I realized this video was from 2012. It’s a must watch.
I urge Rubio to watch it as well!@hillreporterhttps://t.co/8uimUSOinp
— Ed Krassenstein (@EdKrassen) May 9, 2019

"The President has engaged in a persistent pattern and practice of obstruction of justice. The allegations are grave, the investigation is legitimate..."


-- everything it swore it believed the day before.

And speaking of blasts from the past, this is from me.

During depths of the Dubya Administration.

Yelling as loudly as my little blog would allow.

See if any of it sounds familiar...

I have long entertained the fantasy of taking down the deans and duchesses of the MSM with a trank gun and rendering them off to my own, private “Come To Jesus” camp in the wilds of Hintervania. There they would be shocked, shivered and dosed to their hairplugs with scopolamine until someone explained to me why the entire fucking media has lost its fucking mind.

Why has the Fourth Estate – right before our eyes -- become a bunch of cowardly Fifth Columnists?

Why, when confronted with clear and overwhelming proof of their complicity and gutlessness -- when asked the simple question “Why?” -- do they go all squirmy and twitchy and outraged?

Why do Conservatives get to stand on desks with their hair on fire and shriek the most ludicrous, vile and mendacious hogwhiz – year after year after year after year after motherfucking year -- unchallenged? Why do these same howler monkeys -– who have been not just wrong but spectacularly, catastrophically wrong about everything, every time -- keep getting invited back in front of the cameras and onto the pages of major newspapers?

And when they rise from their crypts yet again to spackle yet another layer of Conservative lies on the wounded world – to send another wave of our kids off to die for no good reason, circle the wagons around another corporate monster, piss another precious pint of what’s left of our nation’s good name down the sewer, tax-cut-and-spend us further into debt – why do the same “journalists” who were ever eager to carve another slice out of Clinton’s ass over trivia, now piss themselves in like puppies in a thunderstorm and hide under the bed as Conservatives rape the truth two feet in front of them and them rub their noses in it?

Why is it that if Dick Cheney were caught sodomizing an underage manatee in the triforium of the National Cathedral, the first three words out of any MSM haircut’s mouth would be, “But the Democrats…”?

And then, over the course of this week, first catching the last little bit of “The Smartest Guys in the Room” , and then watching Bill Moyer’s wonderful, expletive-evoking and long-overdue takedown of the press -- "Buying the War" -- on PBS, I was sadly reminded yet again what the Big Story really is.

When you widen the lens all the way out, what the history books will note as the most important factor in the barbarization of early-21st Century America was the complete collapse of a free press. The slow motion defenestration of the heirs of Royko and Mencken. The bodysnatching of the children of Murrow; replaced with alien, oligarchy-friendly pods like Hume and Broder.

Which would actually make one helluva story!

As would reportage that in broad daylight here in the Land of the Free, an inept human scuff-mark named George W. Bush has managed to arrogate to himself unprecedented and virtually Imperial powers. Has worked every day of his Presidency and spilled the blood and treasure of others to unravel the fabric of American Democracy that so many of his betters spent their own blood and treasure to secure. That he has built a regime that Washington or Lincoln or either Roosevelt would have taken up arms to depose.

As would some ink spilled covering the ugly fact that millions of our fellow citizens actually despise democracy. Actually cheered on this two-bit Attila at every fascist step of the way.

As would the even uglier fact that, knowing now exactly what kind of monster the Crawford Dauphin really is, so many millions of our fellow citizens still cheer for this butt-end of the mental loaf.

As would some mention that one of America’s two major political parties has been completely take over, hollowed out and used as a battering ram to cripple our democracy and loot our treasury by a coalition of the dregs of American society.

But of course there are no such stories, because there is no longer a free, well-funded and unfettered press to investigate and report on them

The histories will show that while the Lords and Ladies of the MSM were fielding rock star salaries for regurgitation GOP talking points, they were simultaneously crying poormouth (we can't afford to keep armies of reporters on staff), and Americans who actual care about their country were reduced to cruising Comedy Central and Waiting for Olbermann for genuinely clear and insightful reporting.

Like Egyptian slaves, are we: gleaning the fields for stubble by night.

Which, above and beyond all other considerations, is sad. Heartbreakingly, tragically sad.

Because there are good, meaty conversations to be had on the vital issues of the day, but they cannot be had -- we cannot get on with the important business of healing and governing a great nation -- as long as the GOP exists in its current incarnation and as long as the national press is not held to public account and ridicule for its deliberate complicity in the poisoning of the well of civic discourse and the evisceration of Democracy in the country.

Now wingnuts will always have the easier burden because they always reflexively argue for water running downhill. As long as it does not affect them directly and personally, Conservatives will always let the sick rot, because they themselves are well-insured or are not sick. They will let poor people die, because poor people are lazy. Let NOLA drown and chuckle. Let the bestial and the insane arm themselves to the teeth. Let the Preznit keep throwing blood and treasure down his Iraqi rat hole…as long as their taxes are never touched and their children are never pressed into service.

But while regimes built on the fundamentalist’s fanaticism, the authoritarian’s infantile need for Infallible Daddy and an army of stoopids and bigots certainly have their own kind of jackbooted, lockstepping power, they are also terribly vulnerable. Terribly brittle.

This Neocon regime is not vital and never has been. It has no flexibility, because as the manifestation of the perverse will of the demagogue, it has no capacity whatsoever for adaptation or self-correction, because demagogic Rule Number One is that the Dear Leader cannot be wrong.

Notice that even the most verbal GOP critics of the Gonzalez sinkhole feel the yank of their White House leash.

They -- liked the press that conspires with them -- speak out feebly or not at all on the ongoing scandals of NOLA…and Iraq…and Abu Ghraib…and torture as policy…and secret prisons…and purloined elections…and habeas corpus being walled up and left to die like Fortunato.

And the many treasons of Karl Rove.

And the destruction of the CIA’s WMD intel infrastructure out of Cheney pique.

And their base’s Rapture-based molestation of genuine Christian values.

Their antediluvian superstitions that supercede any notion of science.

And the many treasons of Karl Rove.

Their pathological need to lie – badly -- about every single fucking thing.

And millions of missing emails.

And the many, many treasons of Karl Rove.

And so many more, all notable for the fact that no one in the MSM and no on in the Republican party dares to even whisper their simple common element: That they are all the fault of George W. Bush.

That their Dear Leader and his Regent are lying, criminal freaks who have led them all to disaster after disaster.

These GOP regime-dead-enders are weak and stupid and rotten to the bone. One or two hard, righteous punches and they would go down like a sack of wet switchgrass.

One or two of the kind of punches that the MSM used to casually rain on Bill Clinton day after day after day...

And yet the MSM continues to prop up the rotting carcass of the GOP like the corpse in ”Weekend at Bernie's”, and waltz it lovingly across the national stage year after year after year, protecting it as ferociously as they would their own children even as it goes raving mad, putrefies and crumbles to reek and maggots in their arms.

Is it that meme-nto disease? That inability to form any new political memories after 1997? Or is it something darker?

Whatever the reason, the story behind it would certainly be gripping, epic, infuriating and a great and lasting service to the cause of Democracy.

Too bad we no longer have a press capable of telling it.

This is why memory is the Liberal superpower.

This is why they are terrified of us.

And this shit you wrote about is much worse now than in 2007!

The MSM is cowardly, compliant, and complicit!

I have but one liver to give for my country.

You realize you left out some immoralities, criminality's and depravities.

The Depravities coming to you in Techno color.

Oh yeah, the faith based vile of inhumanities.

"yes, under GOP (GW's) rule.
" The president can take a son ( 4 months old to whatever age ) Take a hammer and crush the nuts of that child in front of the man they are torturing to get information.

They are patriotic enough to order it and has loyalists to carry out the order.

Where did the Teddy Roosevelt republican go?

If you ask me, they never should have purged the Bull Moose party out of the GOP for being RINOS.

The fourth estate is certainly to blame but the reshuffling and direction was and is directed by Corporations and their sacrosanct need of the quarterly profit statement. It is always be what will make the most profit by means of unfettered capitalistic rape and pillage of everyone and everything and anything that gets in the way. Anything else must be controlled or put down. Nary a worrisome word will be heard from their bought and sold talking bobbing head talk people who pretend to be joynalist. Like the old reasoning that Dick Chaney's friend inconveniently placed his head in front of old Dick's shotgun and got shot for his selfish action. It made old penis Chaney have a big sad, but by gosh it wasn't his fault. The refrain from the back room is "where is our oil being held hostage today and who do we invade to get it...we are working our way to the extinction
pile. I hope we leave enough for the planet and the rest of the creatures, who are far smarter and better equipped to live in fair balance with this world.

Love and a kiss and a pat on the back with the under the breath last word "well we could have done better" after all we did have the opposable thumb and a frontal cortex to help us along...some say.

Superman. Truth, Justice and the American way. How he was hounded by the press for stories.