Other Than The Choice Of Hat 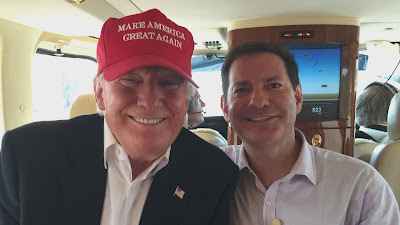 ...this from me five years ago still seems depressingly appropiate. 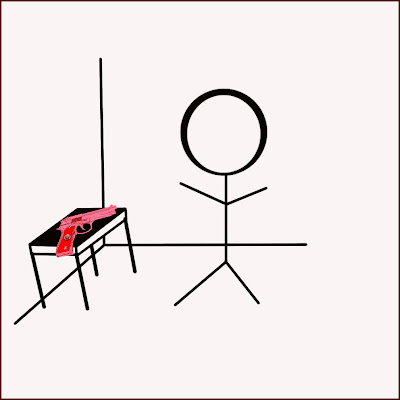 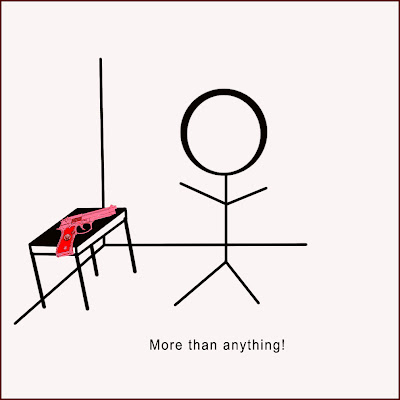 Well, do you know what would make those
damn Liberals really crazy? 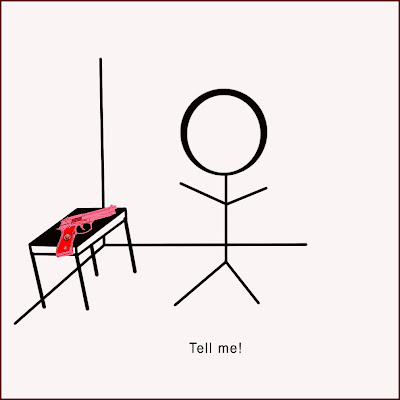 Picking up that gun. 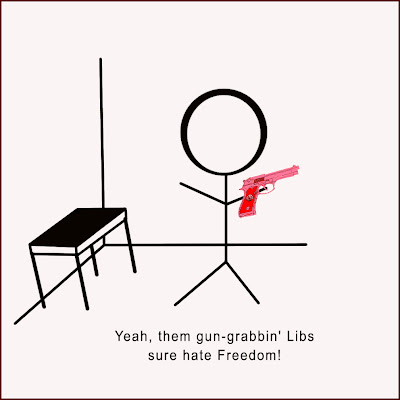 And then putting it in your mouth. 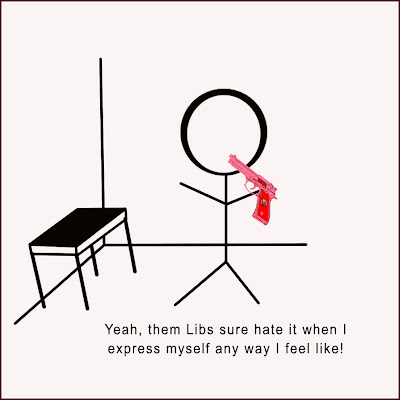 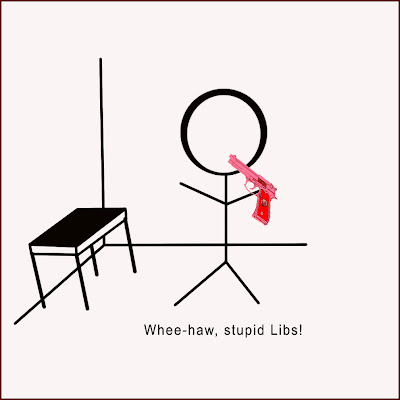 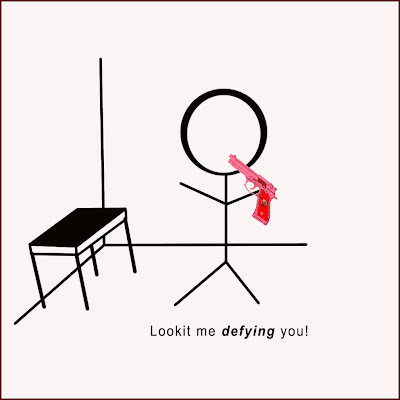 And then pulling the trigger. 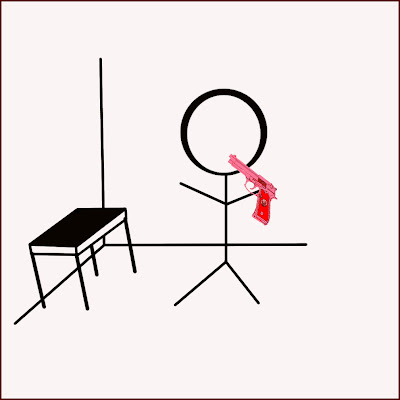 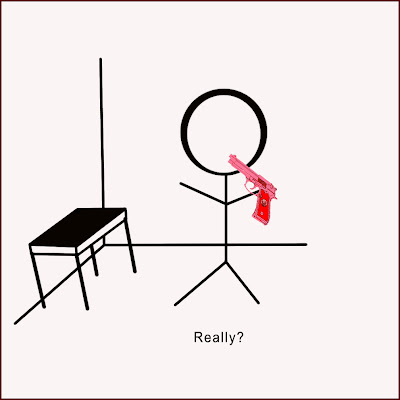 Liberals will hate that
more than anything ever!

Maybe you secretly love them!

Maybe you secretly want to have
gay Muslim sex with them!! 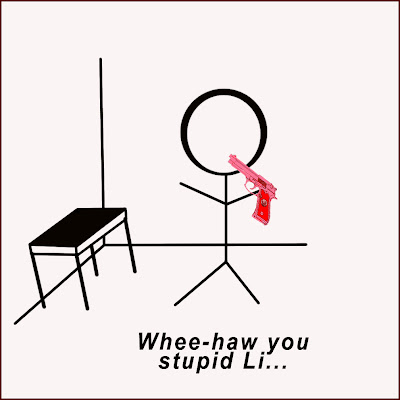 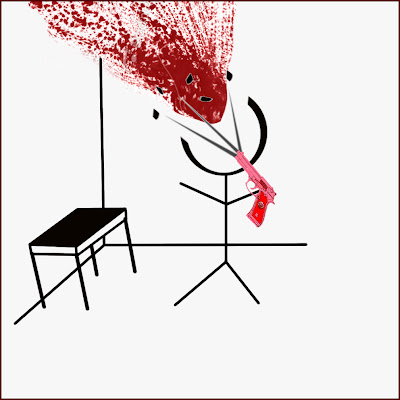 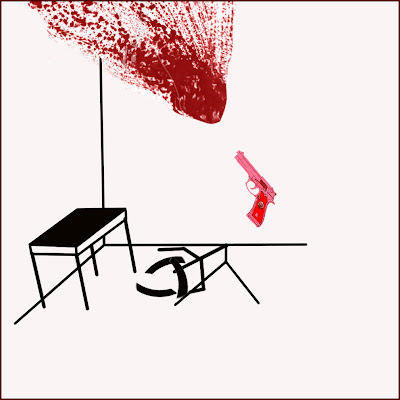 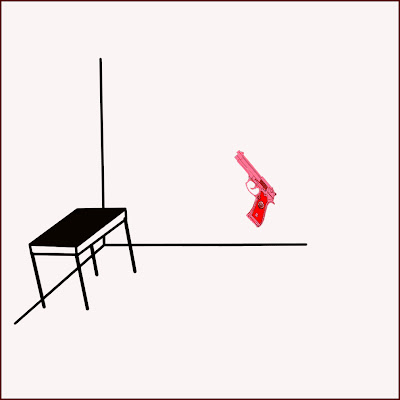 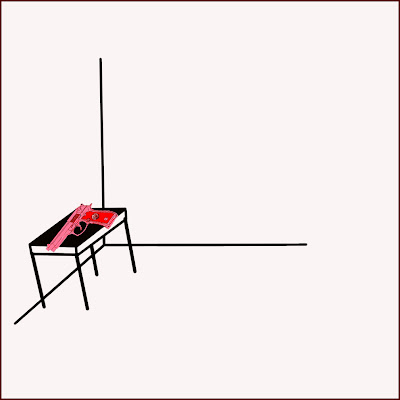 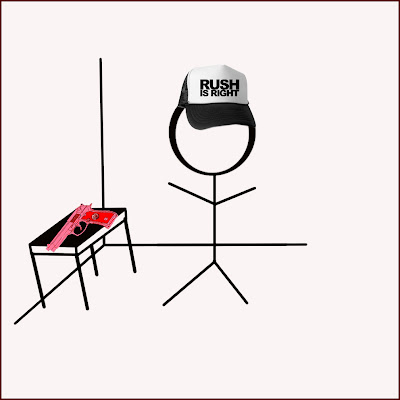 Each year in America, there is a sucker Conservative voter born every minute.

Please give generously to help us find a cure.

From the Seattle Times:

Counties in Washington that rely most on Obamacare voted for Trump

From The Fiscal Times:

Are Coal Miners Headed for Heartbreak Under the GOP?

...
For years, coal miners and their families were rebuffed by mining companies in attempting to collect compensation for disabilities associated with respiratory problems developed by inhaling coal mine dust. The biggest problem was that by law the burden of proof fell to the disabled miners, their families or survivors to demonstrate that the miners’ respiratory problems were real and directly related to years of work in company mines.

But as the health and science website STAT reported Monday, that all began to change with enactment of the Affordable Care Act in 2010. Under an obscure miscellaneous provision added by the late Democratic Sen. Robert C. Byrd of West Virginia, the burden of proof was abruptly shifted from the disabled miners to the mining companies themselves.

In effect, if a miner had spent 15 years or more working underground for a company and could prove that he or she had developed a respiratory disability, then it was presumed to be black lung associated with employment at the mine. And unless the company could somehow prove otherwise, it would be responsible for providing disability benefits to the miner or his survivors.

“Often the person whose job it is to do the convincing loses,” Evan Smith, a lawyer for the nonprofit Appalachian Citizens’ Law Center who has handled many black lung cases, told STAT. In 2009, just prior to enactment of Obamacare, 19 percent of claims for black lung benefits were successful. By last year, the share had jumped to 28 percent.

Now, however, many in coal country may have reason to worry. Trump and House and Senate GOP leaders have vowed to make the repeal of Obamacare one of their first acts in January. If the Republicans carry through, Byrd’s black lung provision would likely be washed away along with the provisions for subsidized health insurance plans and expanded Medicaid for low-income Americans...

Saddened, Angry, Sickened, Defeated
I can't explain why people voted to take away their own healthcare.

It is true that saying "we told you so" is an unseemly thing at a funeral, especially when the one in the casket put himself there out of sheer spite, bigotry and invincible ignorance. But it is also true that the red states burned a big ol' cross on our collective lawn on election day, and I have no doubt in my mind what comes next.

This boy lived a trifling and worthless life. He went around Montgomery daring someone to cut his throat. Saturday night somebody obliged him. He lived like a dog; he died like a dog. Undertaker, claim the body. Choir, sing.

-- while I stand out in the parking lot yelling my opinions into the sky where they will offend no one.

Also, for you young 'uns who have never heard it, and for you old 'uns who have not heard it in awhile. here is James Earl Jones' rendering of Vernon Johns' last sermon:

Vernon Johns (April 22, 1892 – June 11, 1965) was an American minister at several black churches in the South. He is best known as the pastor 1947–52 of the Dexter Avenue Baptist Church in Montgomery Alabama. He was succeeded by Martin Luther King Jr. Johns was widely known in the black community across the South for his profound scholarship in the classics, his highly controversial sermons, his insulting manner toward his audiences, his extreme eccentricities, and his repeatedly being fired from prestigious positions.
at November 30, 2016

According to Dr. Krugman, 5.6 million people just voted to take away their own health insurance.

yet, in two years at the midterms the same people will vote to pack government with MORE Trumps because the reason they are suffering is always "liberals subverted our people who won't conservative enough anyway!"

As the Architect said when Neo asked how they would survive without the humans: "There are levels of survival we are willing to accept!"

I love all of the commentary about "well, if you had only taken the WWC's fee fees in consideration...".

Clinton had a lot of policy written to help these folks out, but it was ignored in favor of EMAILS EMAILS EMAILS BENGHAZI EMAILS.

They voted for the fascist oompa-loompa, and now they're worried about their healthcare.

As an additional bonus, they're going to get to worry about their Medicare and Social Security too, very soon.

At the risk of sounding insensitive, if you voted for the fascist oompa-loompa who promised to repeal the ACA, and you're wondering how you're going to make it without the ACA now, kindly DIAF.

I have nothing but pity for those who voted for Clinton and got the fascist oompa-loompa, but those other folks can fuck right off.

I confess some ignorance, but aren't there some states - I believe Kentucky is one - where the citizens voted in some governors who made their lives much worse by curtailing ACA and curtailing Medicare?? I could be somewhat factually incorrect but not totally. And now they have less health care, but hooray we are not Libtards!!11!! Or something.

I give up, frankly. I didn't like ACA much, as I truly feel Obama sold us down the river to BigIns. Obama talked about single payer during his campaign but didn't even try. Please don't lecture me about how he couldn't help it, intransigent Republicans, blah blah... he didn't try. We'll leave it at that.

However, at least people voted FOR something to help themselves. ACA did help a significant minority of people, and for that, I am happy. Trump promises to keep some things from ACA, but otherwise to "improve" it. Every time the idiot R Team held one of their infinite number of votes to repeal ACA, I never ever could find one damn thing that said what they would "replace" it with. Never. And I looked.

So all of these fools who think they won the lottery are gonna be mighty disappointed when they can no longer afford the insulin to treat their diabetes. Good luck with that bc without insulin, well, ya might as well be that stick figure up above.

I'm lucky. I'm super healthy, and I have what is now considered "really good" health ins via my employer. But I recognize that many citizens simply aren't as fortunate as me, and it's not bc they're lazy or worthless or whatever. I'd rather pay more for my premiums if it means others can survive. But apparently many citizens would rather suicide that use that N-word's heath care insurance. So be it. Ditto for those coal miners, who I heard on the radio crowing about not "having" to use ACA anymore.

My mind ceased boggling over this crowd a long time ago. A mind is a terrible thing to waste.

Well, the suckers aren't really being born anymore. It's just that the ones who shot themselves already haven't finished dying yet so they got to shoot themselves again.

The votes were never there for single payer. Obama did consider it, but it wasn't gonna happen. I might have preferred something other than the Heritage Foundation and Mitt Romney's left over plan from the '90s, but what we did get did, in fact, help pay for my cataract surgeries last year, and I would, in fact, be blind right now without it.

I like being drunk when I read your thoughts on this strange platform nothhing about it clarifies just makes for better whatever. The nice thing about being amost 70 70 is that I'm not angry about tnings. Gives me great pleasure to read you. Liked your stick people.

I just heard on the radio that only 1 in 4 citizens want to see ACA repealed, and that the number of Republicans wanting to repeal it has dropped from over 70% to just over 50% - this change in opinion apparently happened from some time shortly before the election to now.

I wish there was some way it could be repealed for Republicans only (forced not to have access to it), and let the rest of country continue to utilize this program, flawed as it is.

you know those movies where the robots plot to take over the planet? I'm rooting forthe robots now. they couldn't do any worse.