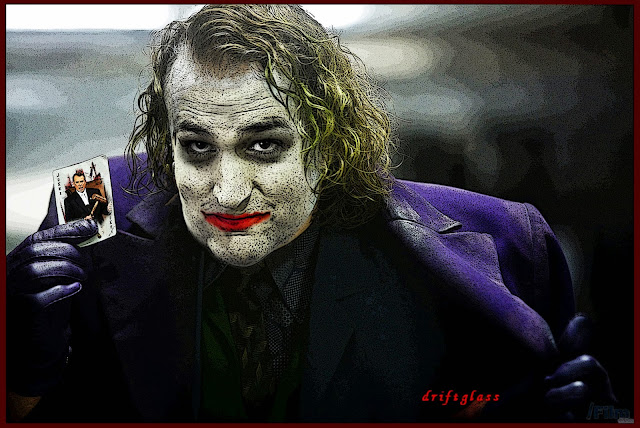 Ted Cruz knows the rotting, raving heart of the GOP perfectly well. From his dentist's drill voice to the transparently concocted, treacly fascism of his style, he has spent his adult life meticulously constructing a public persona to fit the madness of his party hand-in-glove.

And he is not going to let some interloping radioactive Chia-publican sweep in and steal his brownshirt chumps.

Cruz: "We're just steps away from the chisels at Arlington coming out to remove crosses and stars of David from tombstones."
— daveweigel (@daveweigel) January 6, 2016

Dead on photoshop.
That nails who he is.
There should be a Pulitzer for that kind of work.
To know him is to loathe him. As his Princeton classmates, Harvard law classmates, and fellow Senators say.

Hey, why is Cruz afraid of his true Foreign birth name?

He can always say he was named after one of the Great Ninja Turtles.
His Father's favorite of the four.

He should feel thankful his Dad didn't fall for Splinter.

Got to thank "the Donald" on calling out Cruz's natural born citizenry.
By the time Trump is done with Cruz. The GOP base will be demanding Cruz be deported..........
How in tarnation did Texas elect this foreigner to the Senate to represent Their state?

Trunp is a vicious assclown in the Mussolini mold. A dangerous buffoon.

Cruz is much worse, because in his Dominionist perversion of Christianity there is a far more dangerous, religion-based fanaticism to deal with. Plus, he's one of the slimiest individuals ever to walk on the public stage. I literally can't stand the sight of him.

Heaven help the country if any of these people get to the White House. Cruz is truly horrible but not that far ahead of the rest.

Agreed in spades.
There's something interesting about the fact that so many people are instinctively repelled by Cruz. I think it's akin (seriously) to people's instinctive reaction to coming upon a snake. There's nasty danger here.

Hmm... Is it still appropriate to have Boehner as the Joker on the card? I'm not saying Cruz didn't punk Boehner hard enough that the description fits, I'm just curious to the etiquette of 'Hit List Cards' in this case. Is there now supposed to be a big red 'X' or cross mark over Boehner, or do we simply move on to Paul Ryan on the card as the Little Joker?

Robt: the quivering heart of GOP Texas is the suburban and small city Mega Church. Cruz won by making sure to preach at as many of these (complete with video MP3's, natch) as he could. That's how he's ahead in Iowa now, without any ad dollars, and it's how he'll win the southern GOP primaries. Only Huckleberry Huckabee stood a chance against that strategy, but he's decades behind in the tech approach. No New York slick talker can penetrate that faith castle. And Redhand is right, Cruz is selling these evangelicals a hard core theocracy message, one he dare not put on the public airwaves. He wouldn't bat an eye at rewriting the Constitution to put religious tests, the Ten Commandments and end-times-based policies right in the framework. And himself as Pastor-For-Life of the White House.

I would like to see him try that and then explain how his father foretold the coming of the Turtles, since they were created after his "glorious" birth

.. surely yer aware that the parasitic Lamprey Eel mygrated from the Grate Lakes (in Canada eh) and werked (swum) its way down into the Mississippi? (headin for the Gulf?) We're currently using a variety of taktics and alleyes to subdu the slimy f'rs.. Fracking failed.. so our allies frum Saudi Arabya and Israyel suggested our preevious Prime Minister pimp Tar Sands Tailing Ponds waters as 'heap big medicine' so we wouldn't not even notice em ! Sorry to heer one o them made it all the way to Texas.. bummer eh?

Cruz is a Before Palin (BP) candidate in a After Palin (AP) world.

It must grate such a megalomaniac so bad to have wasted all those years building he's candidacy the BP way only the to have Brown Shirt Chumps drop him overnight for the quintessential AP candidate who woke up a few months ago and jumped in the race.

Dpnald ,
All that you state is pretty much true. Cruz does project his own "end times" future for America. Yes, Cruz's snake oil sale profits are on the uptick.
It will bring up his stock during primary. Not sure if Cruz will be able to convert the Donald fan club to repent and prayer.
As you seem to be, I too have concerns of the Theocracy crowd. A radio host (Randi Rhodes) would reiterate often,
"the separation of church and state allows us the freedom to be able to have both. IF you remove the separation and Gov't picks a religion. We will not have either freedom of religion nor a representative Government".

Personally I think Trump will prevail. Watch S. Carolina between Trump and Cruz. It will be telling.
In the GOP circus Clown act, Cruz remains one of those commie union socialist clowns (outside of the gop church christ faithfuls) where Trump has no union rights and that perception is validated in the GOP year of the outsider.
Trump, is the GOP rank and files picture of Obama in their minds. They think they can re enact that magic for the GOP and Trump viewed as an outsider best fits that image for them.
As we well know, the image in imagination differs with reality.
One last thought,
Do you think, there are enough past Obama supporters that are disillusioned so much by him that they will vote Rump or Cruz?

Plinth, #literally! Now you know where our beloved Driftglass lives.

I am not sure about sly,