The Philosopher Kings And Queens of America 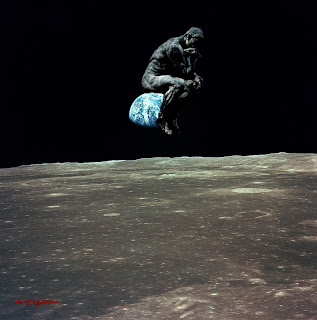 The fact-free coddle-fest last night ("Fox Business gives Ben Carson a free pass in GOP debate") offered many, many hilariously false statements for your 'umble scrivener to choose from -- lies cheerfully extruded by the yard by the Fox News employees behind the lecterns, and just as cheerfully ignored by the "elegant" Fox News employees who fed them stage direction from behind the moderator desk.

So I thought today I would pick out one that will probably be missed by almost everyone else.

...
Here's the best way to raise wages. Make America the best place in the world to start a business or expand an existing business, tax reform and regulatory reform, bring our debt under control, fully utilize our energy resources so we can reinvigorate manufacturing, repeal and replace Obamacare, and make higher education faster and easier to access, especially vocational training. For the life of me, I don't know why we have stigmatized vocational education. Welders make more money than philosophers. We need more welders and less philosophers.

Second, the best manufacturers I know do indeed value their welders (who can pass a drug test. It's a thing)...and CNC operators...and mold-makers...who are also lateral thinkers that can evaluate weird, complex problems and work out creative solutions.  You can study both.  Dumbass.

Third, without philosophy students, Soundgarden may never have existed.  Dumbass.  (From the American Philosophical Association, "Who Studies Philosophy?")

On the other hand, without a certain philosophy student, history might have been changed just enough to spare Hewlett-Packard the reign of the Destroyer of Companies:

You know what?  It turns out lots of gainfully-employed people you may have heard about have studied philosophy along the way.  Lots and lots.  Here is a partial list:

Finally, I agree that we should be doing a lot more to offer every American a ladder (well, "lattice", if you want to get technical and wonky) into the middle class by strategically strengthening America's manufacturing base and offering a program of life-long career education and training starting in high school.

You know who else believe that?

Barack Obama, who campaigned on this very subject back in 2008 before he was ever elected president.  Here he is, taking specifically about Austin Polytech high school in Chicago and about which I have written from time to time:


And given the subject at hand, it's only appropriate to close out with a philosophical question of sorts:  How much more might President Barack Obama have been able to accomplish on behalf of the manufacturing sector and American school kids had he not been blocked and sabotaged Every.  Single. Fucking. Step. along the way by the party of bigots, assholes and lunatics to which Marco Rubio owes his allegiance?

You're too kind, you forget moron, self righteous, batshit crazy,narcissistic, pious,ignorant and if you saw Rachel Maddow's report on Ted, Bobby & Mike's last weekend's activities homaphobic and seriously in need of investigation by the FBI. When someone gets into office with the express purpose of being obstructionist, that is not government, that is childish and self serving, ignorant and grandstanding. The sad part, the 30% of the country who listen to Fox News and swallow this bullshit, hook, line and sinker.

Really what we need is more philosophers and welders, less dumbasses like Rubio.

Not to nitpick but his solution doesn't make any logical sense - we will raise wages by removing people's access to health insurance? It does seem to be a bugbear of these folks - it along with lowering taxes for the rich has become their go to answer for everything - how will we fix our crumbling infrastructure? Repeal Obamacare! We're being invaded by men from Mars! Repeal Obamacare!
But last night was really the proof of the old saw "everybody has a simple easy to understand solution that will not work."

Speaking as a person with a B.A. in philosophy, and who is also a huge Soundgarden fan (reference my handle), and as someone whose job relates to philosophy tangentially at best, I appreciate this post very much.

Also, using 'less' when the proper word is 'fewer' bugs the crap out of me, too.

Yeah but Rubio (like the rest of the liars and economic dolts on stage) won't tell you that Welding in 2015 is largely a free lance gig.

Where welding is in high demand it is in mostly "right to work" states where you have a bunch of independent contractors fighting each other in hopes a Job Creator will bestow work them and not the other guy. It is a boom/bust career with low stability for large areas of the county.

See Rubio...skilled labor tends to unionize cause humans, other than yourself, can learn more than one thing in a lifetime and most can do the basic math that calculates their wages verses company profits and their contribution to making that profit.

Hence why the northeast and Midwest have de-industrialized and your fathers generation got rich helping southern and western states industrialize after WWII as the Job Creators went looking for their anti-tax and labor utopias.

You said it all. Thanks. My son studied philosophy and got a fine arts degree. He worked hard for years as a contractor. Now he has 2 companies, employs people and pays them well. And, yes, he is a philosopher as well. Marco Rubio is a shell of a man.

Many, more, fewer, less. This is grade school grammar. Drives me nuts how many people don't understand those simple distinctions between count/non-count modifiers. The other bugaboo for me is "really unique" or "very unique". It's either one of a kind or it's not; unique can't be modified. But to the point, yes, Rubio thinks he's the cool kid, the New generation but his policy proposals are those of a five-year old playing Army. The defense budget explosion along with the tax cuts would bankrupt the country but he doesn't actually give a damn. A very conventional Republican in that respect.

I wish I could remember for sure-- might've been C&L--- but some commenter pointed out that the average earnings after a few years in the work force for English majors was higher than Business majors. Revenge of the nerds, perhaps. The best combo is the one similar to what commenters above have pointed out: a good skill+ a good education = $. I'm glad everyone is hitting on "less" vs. "few"--- my number one grammar irritant, followed closely by "its'" and all of its abortive iterations. btw, I once asked the owner of a major franchise chain why the signs on the checkout lanes were illiterate. His response was to blink rapidly and walk away, so "10 or items or less" boy and girls and fingernails on the blackboard at every checkout.

In addition to the "fewer" vs "less" usage, another one of my pet peeves is "Fresh Baked Bread/Cookies" or "Fresh Brewed Iced Tea". Is "Freshly", damn it.

On another note, I heard Nicolle Wallace say mumble mumble about candidates fighting for the "hearts and souls" of Republican primary voters and guffawed loudly at the assumption that Republican voters have hearts and souls.

And of course NPR continued its shit coverage of all things political by claiming that Republicans focused on "issues" last night. Which is true in the sense that Rubio focused on the issue of the best way to keep the serfs in their place.

Why is Rubio so deeply ashamed of himself for not becoming a welder?

His youthful dreams of ambitious financial upgrade is now only beginning to confront his nightmares of denying himself life's lessons along the way.

As trgahan above touched on,
Rubio and the party of anti union, anti labor rights. Some of those big bad job killing regulations have remnants remaining in the U.S. labor Laws.

You have heard them, Like Newt having the elementary school kids doing all the janitorial services for the school.

Yet Rubio poses the Government mandated solution of the republican government
Ordering its citizens to their stations in life. This goes much deeper and we would have to leave philosophy and enter into psychology.

I know it sounds hokey, but when someone asked me 'What are you going to do with that degree in philosophy', I would answer 'What can't I do with it?'

And to repeat myself, having worked in IT for 30 years I noticed there was a huge difference between those folk who actually studied something in college and those who in the later years majored in 'computer science' and who were essentially graduates of trade schools. The ladder really were really like those folks in the clip you showed from 'The Time Machine'.

How much more might President Barack Obama have been able to accomplish on behalf of the manufacturing sector and American school kids had he not been blocked and sabotaged Every. Single. Fucking. Step. along the way by the party of bigots, assholes and lunatics to which Marco Rubio owes his allegiance?

I can't count that high.

Somehow, I imagine that every GOP candidate is not telling their own children that their wages are too high, that they should be welders, and they don't deserve health care if they can't pay for it out of pocket.

Our lives would be immeasurably improved if we had both more welders -and- more philosophers.

Goddamnit, if tig welding was around when Schopenhauer was alive I bet he would have been thrilled to watch it being done knowing its purpose, what it could do.