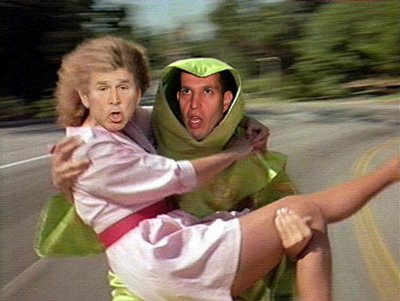 Mehlman writes that a majority of the country -- and a majority of independents -- favor marriage equality, but that the polling also found there is growing GOP support. Of the 7,000 Republicans surveyed, 73 percent said they back employment nondiscrimination protection for gays and lesbians, 61 percent back safe-school protections and 46 percent say same-sex couples should be able to file joint tax returns, according to the op-ed.

On the issue of marriage equality, support is strongest among younger voters.

"These trends are accelerating, not going away. And I hope and trust that they will accelerate even faster as conservatives, and all Americans who cherish freedom, commitment and stability, support equal rights under the law for all citizens," Mehlman wrote in his piece.

While Project Right Side is a new venture, Mehlman has been a strong supporter of LGBT rights since he announced he was gay in August 2010. He has fundraised for marriage equality initiatives and has publicly spoken out in favor of such measures.

"Conservatives -- and I count myself as one -- succeed when we attract new supporters to timeless traditions," he wrote in a Wall Street Journal op-ed on Tuesday. "The Republican Party's loss in this month's presidential election resulted partly from a failure to embrace some of America's fastest-growing constituencies. One area of significant change is in attitudes toward legal equality for gay Americans."

Mehlman attempts to make the conservative case for the freedom to marry, talking more about individual freedom than civil rights.

"Conservatives don't need to change core convictions to embrace the growing support for equal rights for gay Americans," he wrote. "It is sufficient to recognize the inherent conservatism in citizens' desire to marry, to be judged on their work, and not to be singled out for higher taxes or bullying at school. These objectives can be achieved while also protecting religious liberty, as demonstrated by states enacting civil marriage with exemptions for religious institutions."

Mehlman did not respond to a request for further comment.

Project Right Side makes the case that supporting marriage equality is a winning issue. It commissioned the GOP consulting firm Target Point to survey 16,000 voters over the past year, with an oversampling of Republicans and swing voters in battleground states, including 2,000 voters on election night.

Mehlman, however, was not out of the closet as chair of the RNC during President George W. Bush's presidency, when Republicans were stepping up their anti-gay activities. In 2010, he told the Atlantic's Marc Ambinder that it was all "very hard, personally" for him, but he felt he could not go against the party consensus.
...

The "the inherent conservatism in citizens' desire to marry, to be judged on their work, and not to be singled out for higher taxes or bullying at school".

But we are apparently pro-bullying.

It would be impossible for gay Conservatives like Mr. Mehlman to reconcile themselves the fact that they spent most of their lives in the service of a cause that made hating them one of its load-bearing pillars without also admitting to a fundamental moral incompetence and pathological self-loathing that would drive any normal human to flee into the wilderness and spend the rest of their lives a cave begging God for forgiveness.

Since that is never going to happen, self-deluded Conservatives like Mr. Mehlman do the next best thing: jettison reality altogether and begin tying themselves into vast Gordonian knots inventing a wholly imaginary Conservatism (See "Something Something Whig Something Something Burke",  "Here is a Revised List..." and a hundred posts in between) made of snips and snails and puppy dog's tails and equal rights for gay Americans and a bunch of other values (what I refer to as "Pineapple Ice Cream Conservatism") that have nothing to do with the actual American Conservative Movement to which they have devoted so much of their lives and to which they owe every nickel of whatever prosperity they have enjoyed.

As I wrote back in 2006 on the occasion of Mr. Mehlman's resignation as RNC Chair:


Mehlman lives in a well-appointed, voluntary Hell and has for a long, long time.

A specific kind of schizophrenic Hell which, one may speculate, manifests itself in ways perfectly consistent with someone who operates with a flaming straight-razor (insert 1 million jokes here) of deep denial and self-loathing splitting him right down the middle of his spiritual corpus callosum.


(Mehlman, for example, apologized for the ‘Southern Strategy’ "Some Republicans gave up on winning the African-American vote, looking the other way or trying to benefit politically from racial polarization," Mehlman said at the NAACP convention. "I come here as Republican chairman to tell you we were wrong."

even while a million of other Republicans were (and still are) furiously denying that such a thing ever existed or happened.) while simultaneously rendering him incapable of taking the honest actions – perform the honest surgery – necessary to cut away the contaminated tissue and genuinely cure the disease.

So while Mehlman tried to pretend that the Republican Southern Strategy was some dim and now-irrelevant relic from prehistoric past, Corker, Allen, Vernon Robinson, Peter King and others were amply demonstrating – through both explicit and dog-whistle appeals to naked racism – that the Helms-Wallace- Faubus Axis of Dixie is still alive and well and absolutely necessary to keeping the Republican’s base molten-crazy enough to vote GOP in their New Confederate States of America.
...

And of course, in the process of stocking the shelves of their imaginary Conservatism with their favorite knick-knacks self-deluded Conservatives like Mehlman cannot help but hideously offend anyone who, for instance, thinks marriage or work are very important but don't think "Inherent conservatism?  You soaking in it!" when getting out for a date-night with their spouse or working through the holidays because the project has to get done.

In the end, self-deluded gay Conservatives like Mr. Mehlman have not come out of the closet so much as they have recycled that closet's timbers to build themselves an ideological coffin.

When people like Mr. Mehlman and Mr. Sullivan stare into the face of what the Right's become, it reminds me of Sibok from Star Trek 5...

Enjoy the rest of your weekend.

I think that there are two things in the base that are holding things up here.

First, the more rational but-still-bigoted members of the base have to be brought to understand that it really won't affect them. These are the White Christian Patriarchs who expect everyone else to live by their rules and whimsies, and think everyone else benefits from their Very Important Opinions, and think everyone else simply doesn't realize that they *want* to hear the Very Important Opinions of White Christian Patriarchs. These are the same people who think that Blacks and Mexicans want to know what White Christian Patriarchs think about where their children go to school, and who think gays are grateful for someone *finally* pointing out that the Bible says they are going to Hell. Because they see this as the norm, they really are afraid that the gays will become as overbearing and oppressive as they think they themselves have the right to be. Part of this is that they genuinely fear the Militant Homosexual Agenda inserting its opinion into every aspect of their lives and expecting adoration and obedience. The other part is that they are secretly terrified that they really *are* being ignored, and when everything plays out, they will continue to be ignored. So, they have to be made to feel that they will not be crushed under the Fabulous Pink Heel of Oppression (made to look elegant and effortless). Also, like a spoiled child, they must complain enough to feel like they still are and will always be the center of attention.

The other movement is more in the pundit / "intellectual" caste. I think that, like civil rights, the pundits are waiting for this to go on long enough for memory drain to erase the origins. The issue here is that this cannot simply be a conservative cause *now*. It must have *always* been a conservative cause. Conservatism, like religion, must be eternal and unchanging. The mythology must be spun *and believed* that the White Christian Patriarchs *never* had a problem with "the good ones". The bullshit must become historical bullshit, because conservatives use the lie of a noble history to keep dissidents of their base in line. Once they can say, "Conservatives have *always* believed this!", they can use that as a cudgel to beat their dissenters back in line.

holy crap! it's the wizard of speed and time!

Mehlman is also detached from reality if he thinks the GOP is going to turn on a dime on an issue so sensitive to their Tea Bagging base. At best, the GOP leadership can be counted on to ignore this issue, now that it's no longer an effective wedge like it was about 10 years ago.

This speaks to a larger problem with Republican rebranding, where their short term cheating by Gerrymandering the hell out of the country in 2010 is now biting them on the ass.

The conundrum comes in two parts:

Oops, what a corner they've painted themselves into.

Hilarious! In saying that conservatives "don't need to change core convictions" to embrace marriage equality, Mehlman is admitting that the anti-gay bigotry didn't arise from conviction. It was all just pandering to haters.

I suppose Mehlman is trying to refocus his party on its only true conviction: that the rich must get richer at the expense of the rest of us.

Why quibble over gay marriage, Mehlman asks, when we can just own everything?

Shorter: Religion has always been behind the curve, by roughly 100 years. And then they claim that it wwas always "their Idea from the beginning". It is the dead-weight we have been dragging behind us for 16 centuries, impeding Progress because it is too scary for them.

Their motive: to protect their sacred, cast-in-stone, inflexible holey book.

I'm a fan of historian/biographer Joseph Ellis, who is of the opinion that the American experiment with a democratically elected republic has endured because ours is a "revolution in slow motion."

My personal liberal values favor Universal Civil Right and Social Justice where "no man is above the law."

My values are discounted by those who favor an authoritarian establishment which exists to tell America who "deserves" to vote, who deserves to be elected, who deserves to tell it's citizens what is right and correct.

Bless us, every one.