Towards a New Synergy in Creating Public Value Through Strategic, Nontraditional, Polysectoral Partnerships 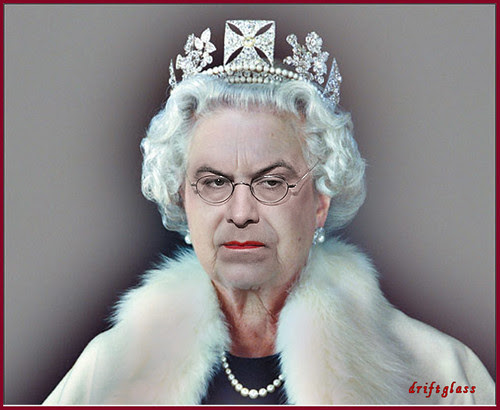 Looking over my daily internets, I see that reaction to David Brooks' odious paean to authoritarianism has spread across the web like pneumonic chlamydia.

Charlie Pierce over at "Esquire" has written the most awesome David Brooks vivisection ever.

Atrios has written the sharpest David-Brooks-vivisecting haiku ever.

Hey look!  Over at the Atlantic, Robert Wright did a David Brooks drive-by and din't hardly use no swears at'all!

...
Brooks's column was about how recent monuments--the Vietnam Memorial, the Martin Luther King monument, etc.--don't hold a candle to the monuments of yore: Lincoln, Jefferson, etc. And, since this was a David Brooks column, the demise of monuments had to reflect an even larger trend: the demise of respect for authority.

In defense of Brooks (it's a job somebody's gotta do), he wasn't quite counseling indiscriminate respect for authority. He thinks we should respect " just authority" (which I gather means authority imbued with justice, as opposed to meaning mere authority). So the column wasn't authoritarian in the strict sense.

Still, it did exude a certain impatience with people who don't fall in line.
...

While "Mediaite" scours the web for the best of the best and rounds up the best of...well.... OK...it's just Radley Balko, but still...

"A Tiny Revolution" has a funny vivisection of Mr.  Brooks using the venerable "Aristocrats" joke, which amused Digby and caused her to wonder why "no one has ever though of that before".

Golly, I wonder that sometimes too...

And that, dear readers, is the sum total of what the Netterati talked about when they talked about the internet's premier deconstrutors of  David Brooks' odious paean to authoritarianism.

Sure is a lot of weather we're having these days.

PS.    If any of these worthies want a crack at a boy-howdy, slam-dunk of a howlingly-perfect David Brooks story, for the low-low price of $100 - $249 you can purchase a single "Friends-level" membership to the Chicago Humanities Festival where you will have a ringside seat for Mr. Brooks' presentation at the CHF's venerable --

For those of you who are unfamiliar with Mr. Brooks' work, he is infamous for, among other things,
Although the event is my own back yard in many ways, I myself will not be attending for three reasons:

Hey driftglass, I know yu are the wellspring of Brooksiana Well, I invented Nobama in 2008. I saw it coming but not the extent of its pathology. I'm a faithful reader and listener but you'll never get the credit you deserve and if you think 50 is old try it at 66, and be thankful for Fran.

I linked ya, driftglass.

Of course, I hardly exist meself.
~

..after thunder's link, I mean. who is that digby fella?

Wish you would start a side blog about science fiction.

I want to know how Brooksie got his job. Nepotism? Cronyism? Who the hell hired that guy? Was it their intent to get a conservative writer that look's as idiotic as possible?
When you have someone with the stature of Paul Krugman on your staff, and then there's Brooks, writing his "opinion" crap, it's completely inconsistent. I still can't figure out why he has a job.

I prefer your Aristocrats joke better, which should go without saying.

That said, at least Digby linked back to ya. She's a swell gal.

Now, let's get you a spot on MoJo. You're voice would add a lot to the discussion, not to mention the quality. But I digress.

driftglass - When I need to read someone tear Brooks a new one, and I mean an all-out, epic takedown, I go to you. I fear that you will never get the intertubes recognition that your exquisite disembowelments warrant, and it must get to you, but know this: as difficult as it may be to toil away without the credit you deserve, you are the go-to guy for me and a lot of others when we need a venomous, articulate voice to answer that insidious douchebag when he rears his good-for-nothing head. Again, only you can do it for me.

Shorter Driftglass from the Past: Dear God, why isn't anybody picking up on my issue?

Shorter Driftglass Now: Dear God, why are people picking up on my issue?

If most of a liberal's existence is spent out in front of the rest of Murica trying to drag them, inch-by-inch, closer to justice and progress, and being shat on the whole time for their efforts and called Communist Negrist Kenyans, I think we should just be happy that some movement is in fact happening.

You deserve to be on the New York Times, honestly. We'd sure as hell start presenting a better picture to the rest of the human race.