("Synthesizing the Narrative of a Generation!") I have found it almost impossible to even thumb through the great, sloppy midden pile of nipple slips, diet tips, tabloid sleaze, purloined excellence, occasional articles of genuine interest and, generally, the murmur of the New Age hipster end of the Davos wading pool talking to itself that HuffPo has become.

Arianna's House of Games was, is, and ever shall be an exercise in raw capitalist scammery dressed up in the best fair-market cotton Che tee-shirt money can buy, and once I had satisfied my morbid curiosity -- once I learned exactly how the simple, mechanical aggregation magic trick worked by doing it for a couple of weeks and once I had sussed out the 25 or so words which are in constant, Batman-Splat!-Pow!-Zowie! rotation inside the headline extruding algorithm -- I lost interest.

Today, for example, I stopped by.

First thing I noticed was that Rupert Murdoch's trophy wife -- Wendi Deng Murdoch -- had been given a choice piece of real estate atop the front page to promote her first movie.

The word "lao tong," once holding a historic meaning, now had a modern and relevant definition for me. In fact, even before we launched the production process, I found my amazing family of lao tongs rallying around me. These connections kept me feeling brave. The wonderful writer Amy Tan introduced me to Lisa See's novel. Without Amy's friendship, I would never have been inspired to start this project. My great friend Florence Sloan joined as my supportive and strong producing partner and together we found ourselves lucky enough to...

Something something.
Or, as President Jed Bartlet once said, "It's nice when we can do something for prostitutes once in a while, isnt it?"
Because, yes, we are talking about the trophy wife of that Rupert Murdock. 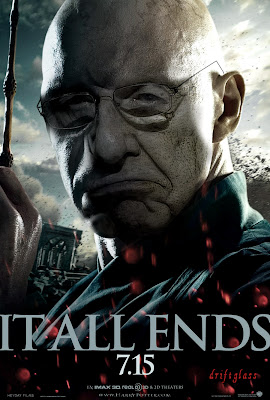 Perhaps I will drop by the Huffington Post for a few seconds again.
In three months.
Or seven.
Or sixteen.

They are oh so civilized to the fellow members of their class at HP, while raping the actual writers of any income and ignoring the implosion of the rest of the country. There may soon come a time when such studied blindness will serve them poorly.

You win for line of the day. But look, technically, bubblegum and steak are both food, just as HuffPo and driftglass are internet sites. Sure, one is colorful but devoid of nutrition while the other will feed you vitamins, proteins, and all the rest, but.... Hmm, losing the metaphor. HuffPo = bubblegum something something.

(This is why I stick to commenting, BTW.)

Thank you Tom Allen, in a very subversive way that is one of the funniest and most thought-provoking comments I've ever read.

I doubt I've gone to the HP site more than 2 dozen visits, if that, including on purpose trips.

It reminds me too much of a pachinko parlor. Disorientating.

I'm afraid it will trigger an epileptic seizure.