The Plague Doctor Will See You Now 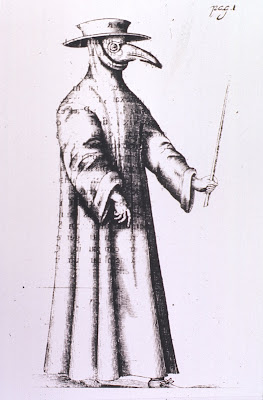 From Kevin Drum at "Mother Jones":

Obviously there are lots of differences between the Great Depression and our current economic morass. But one of them was indeed the press: in the 30s, the typical newspaper writer was a modestly paid high school graduate, closer to being a blue-collar worker than a member of the middle class. Big syndicated columnists like Walter Lippman were pretty well off, but they were the exception more than the rule.

Today it's just the opposite. Punditry is dominated almost exclusively, both in print and on the air, by the rich and the upper middle class. And there's just no way around it: even if you're trying hard, it's close to impossible for someone living a comfortable life to really feel the desolation and helplessness of unemployment and economic distress when they've never really experienced it themselves and live in a social circle where it's rarely a serious problem either.

The long-term unemployed don't vote much, they aren't organized, and in electoral numbers there aren't that many of them. All true. But thanks to a political and media class that's mostly pretty well off, they're also largely invisible. Writing about them is more like an anthropological exercise than a simple description of your friends and neighbors. And it's one reason that we're doing so little to help them.


If unemployment was the pet cause of powerful men and women, or a plague sweeping through America's toniest suburbs striking down nannies, neighbors, lawn care professionals and colleagues, we would never hear the end of it.

There'd be a ribbon for it by now, and telethons, as well as wall-to-wall walk-, bike- , saunter- and skate-a-thons.

The cashiers at the local Safeway, Piggly Wiggly and Whole Foods would ask you if you'd like to contribute to curing unemployment each and every time you went in for pickles or Tampons or buttermilk, because their managers would make asking that question every single time part of their quarterly review.

CEOs would compete with each other to out-extort their workers for pledges to end the blight of joblessness in America.

Teevee ad guilt-bombs about the unemployed would play during every fucking commercial break on every station (sure you can turn down the sad, sad Sarah McLaughlin music, but the jobless will still be there, staring piteously into your greedy soul.)

Chronic American unemployment has become a form of civic retrovirus which attacks your fiscal immune system, leaving you vulnerable to a whole host of other maladies from which you were previously safe but which can now reach right into your life and destroy you.

As with a plague, even if you recover from it, you are permanently and deeply changed by it

As with a plague, moralizers tell the unemployed that their situation is the result of bad habits or moral failings.

As with a plague, zealots reject any attempt at palliative intervention or cure as secular meddling in God's Great and Wrathful Plan to punish the economic sins of “Those People”.

As with a plague, its sufferers are shunned by a public that prefers instead to hide from scary reminders of their own vulnerability.

As with a plague, 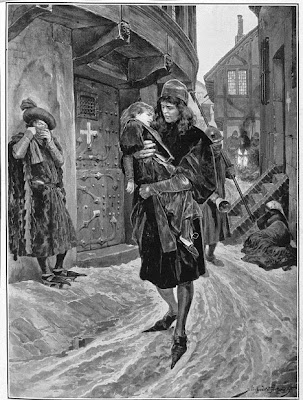 with which the doors of the afflicted are marked.

And as with a plague, calm and sensible methods of containment and control quickly become overwhelmed by the terror of the mob and the demagogues who feed on their fear.

Yup. (I've long suspected that most journalists now are from wealth, but I've never actually done the research.)

Entertainment media don't seem interested in the unemployed either. Probably no point explaining that in the Depression, the movies displayed both glamour and grit. That would just harsh their profit margin.

Q. What is the answer to the question?

you describe the "society" we live in to a tee.

A Darwinian society. No billionaire left behind.

And just to make sure the unemployed don't get all het up and try to vote out a few of the rich assholes who reside in the legislative bodies, the states are now passing i.d. laws. A whole lot of poor folks do not have valid i.d.s. They've lost their drivers licenses, or never had one. They're muddling through.