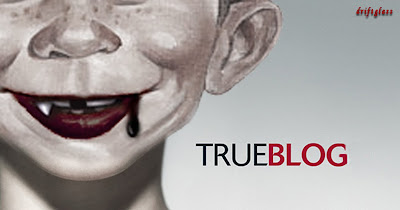 In the category of "2010 Best Post of the Year", "An Open Letter to Conservatives" by AmericanDad (aka Russell King) stands out like a Kilimanjaro in a WalMart parking lot.

An Open Letter to Conservatives

Jaw-dropping in its brutal truths. Each allegation backed up; fully sourced. Laying out the utter ugliness of our present, how we got here and sage advice for cleaning up the mess.

The "Open Letter" was an astounding document for three reasons.

First, its sheer scholarship: While the rest of us were making perfectly good and often quite beautiful scarves and suits, Mr. King was weaving a nearly-comprehensive Bayeux Tapestry of the Right's sins, crimes, lies and hypocrisies for the last 30 years. As a act of prosecutorial carpet-bombing it is simply unrebuttable.

Second, its humane message: for all of its reams of damning indictments, ultimately what Mr. King really wants if for Conservatives to stop being rage-drunk, paranoid thugs and rejoin the ongoing, national grownup conversation about governance.

Third, sadly, is its apparently futility. Based on the comments it generated, the reaction from the Right side of the blogoshpere and my own, anecdotal experiences, it had the effect on Conservatives of putting on a Picasso retrospective in the Valley of the Blind. By and large, those on the Right automatically discounted it in toto as being just the sort of thing a "Liberal" would do, and why would they waste their time pawing through a bunch of Marxist, George-Soros-funded whatever whatever.

Also Unions and Brown People are to blame for all of your problems. ACORN is worse than 11 Hitlers. And Libs and Dum-o-craps Hate America.

None of which in any way diminishes the scale of Mr. King's accomplishment.

It should, however, make it abundantly clear to every Liberal that now that the Right has self-lobotomized to the point where any relationship between "lying, cheating and fucking things horribly, horribly up" and "begin held accountable" has been completely severed (and now that the media has made it perfectly clear that they have no problem with that whatsoever) the days of winning elections using conventional political warfare are over.
at January 03, 2011

Email ThisBlogThis!Share to TwitterShare to FacebookShare to Pinterest
Labels: Liberalism

Too bad it doesn't have pictures for the morons. Because of that, it's unlikely it'll be read.
Maybe if it was put in People magazine format.

That is one amazing post! Of course the flailing by the resident rethug/conservative trolls in the comments is all you'd expect; plenty of "your side is just as bad", followed by people literally pleading with the trolls to come up with their list of the left's sins. Crickets, of course, but lots and lots of whining.

I'd send a link to my winger father but he's getting quite old and he'd either have a stroke from his angry response or once again ban my presence for another 2 years.

"Conservatives" is not an accurate term anymore. the author names his own "conservative" views from the 1970's.
But then goes on to definitively show that what this group of people has evolved into is just pure and simple evil.

I usually use the word "Wing-Nut" but that often stops the conversation. But conservative doesn't work either.

Does anyone have a better word? Maybe it will help for those of us who--as driftglass says--are out to "Get Capone."

Telling that this magnum opus generated crickets, while any number of Mad Hatter e-mail bombs have subsequently turned into "news" stories. To say nothing of the networks' eternal fascination with pinheads like Palin & O'Keefe, no matter how bereft of substance or credibility they prove themselves to be - as long as their turd-tossing nonsense aims at the right targets.

"Does anyone have a better word?"

It's not exactly new, but I'm becoming increasingly partial to "barbarian."

I'm old enough to remember the "Peace Dividend". How after a forty-year stare down, the evil empire blinked. Life was good...

I didn't get lost in the euphoria. I confidently predicted a new conjured evil that would make the USSR pale in comparison. It would be a indistinct, ever-present threat that could not be contained within borders, with a DMZ and massed armaments.

I read and understood the PNAC playbook. I cringed as the plan's rhetoric unfurled. I observed (and screamed) as the strawmen were set up and knocked down.

Watching it predictably unfold has been sheer torture. Blown off, dismissed, marginalized in time honored DFH ways does not allow for a giddy "I told you so".

Hearing how MY side's policies had been proven a failure? Because they said so. See? Second Place? Fuck You!

I'm done for now Hoss. I know the fight must go on, but I just don't have it. I need to smell some roses and chase some butterflies.
Until I can look at the wreckage with some hope for the future.

The conservative commenters on most of the blogs I read (especially Glen Greenwald) seldom read the blog entry they're attempting to rip apart. Its embarrassing (to me) to see them repeatedly make their bogus arguments based on points already carefully addressed and disproven in the Blogger's Post.

A lot of them appear to be paid trolls, others just stupid and malicious.

That post was as awesome as it was futile.

They are a blight upon America.

You can't reason with the bastard alliance of stupidity and evil.

Especially when evil is dealt a royal flush every round.

@rechtaw: At this point, I really think it's inevitable that things are going to get much, much worse before they even have a chance of getting better.

@L&l
I still have some optimism. The banshee shrieks and goblin cries aside, much, much worse will be tempered locally by societal triage.

We truly are better than this. When we realize the shitplows ain't comin' we'll grab shovels and dig our way out. Down, but not out.

Special attention will be devoted to transparent asshats who put themselves forth as leaders because it will matter. As it stands, not many of us have that option.

There's a tipping point for sure, but chaos and oblivion are not the unavoidable fate. I firmly believe we outnumber them. In that, there is hope.

Drifty and Bluegal and the rest of what's left will keep reminding us to fix as we go.