A Lot Of Words Gave Their Lives 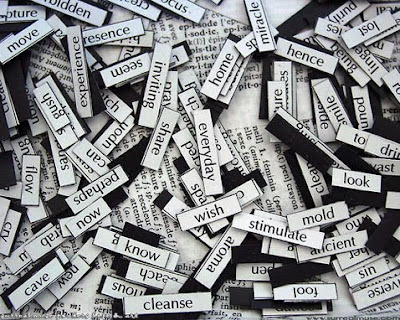 Here (deep inside the Conservative Waring Blender which is, as always, set to "Purify!") to relate this simple truth: the anti-science, global climate change-denying Right are solipsistic nihilists who want nothing more than to live and die in material opulence even at the cost of laying waste to the world.

In fact, if anything, the Godlike idea that they could actually annihilate Mother Earth as a yummy digestif seems to add savor to their global biocide feast.

They view gobbling up the only planet in the known Universe which we know can support biological life and sucking out its marrow as some kind of hilarious, cosmic dine-and-dash; a clever Final Exit which sticks someone else with the tab for their meal, and torches the place on the way out a last "fuck you" to life itself.

And if they're not a member of the Right's Ruling Caste, but are instead just another of slab of Party of God no-neck cannon fodder and can't afford to meet the end positively drowning in excess, then at least they can meet it in the dignified way that Conservative Jebus preached about: hunkered down in the double-wide in your "Death to Liberals!" tee-shirt with a Bible in one hand, an Uzi in the other, screaming out your imbecile rage against the Kenyan Usurper.
at April 26, 2010

What boggles my mind is that these same solipsistic nihilists will swear on a stack of Bibles that there is no way that mans activities can affect the natural world and yet these very same people will support potshot quick fix schemes like dumping iron dust in the ocean to promote plankton growth or launching rockets to create a sulphur screen high in the stratosphere. Those fucking systemic closurists really just piss me off. I guess because their circular logic makes me dizzy.

Those first and third paragraphs are especially good. NPR did a story about a month back on some study looking at the acceptance or resistance to ecological innovations based on political persuasion. Unsurprisingly, more liberal folks tended to be encouraged or excited while conservatives were uneasy or paranoid. If we're being, well, generous, a great deal of authentic conservatism is simply discomfort with reality (or changing realities, or the perception of that). Some of the global warming denial crowd honestly cannot get their mind around the concept, and/or it scares them. I suppose telling them that an evil Muslim commie fascist super-villain is seeking to destroy America by manipulating the weather might work – except they already think that guy's President of the United States. Bush could have pulled off the pitch against Dr. Evil, possibly, because Nixon and China and all that (even if the real Dr. Evil was Vice President of the United States).

While some religious conservatives have actually joined the environmental movement, many more stand with the solipsistic nihilists. Even allowing for John Shimkus' religious views, his claim that 'God said he wouldn't end the world so we should do nothing on climate change' ignores that humanity can still screw up the planet awfully well. Not that Ann Coulter's actually very religious, but she and others have cited Genesis 1:28 to claim that humanity has "dominion" over the planet and has a divine imperative to ravage the planet. A better translation would be "stewardship," but obviously that's not what they're shilling. (Not that the Bible should be setting environmental policy anyway, but if they're going to go there...)

The bigger factor is that, as you point out, they're selfish, rapacious Randians. Ignorance and selfishness go great together. Glibertarianism holds that stopping a company from polluting the water supply is horrible tyranny, and the free market will correct itself somehow when citizens die of cancer (and the corporate news doesn't cover it or connect the dots). On the more primal level, it's common to see conservatives bragging about driving a gas guzzler to "piss off liberals" and the like. There really is no equivalent on the left, with spite and selfishness the driving force. The entire Bush administration really came down to, "Fuck you, we can do whatever the fuck we want - and you must also do whatever the fuck we want – and we're not fucking responsible for anything we fucking did, you fucking hippies." Movement conservatism is all about absolute power and absolute irresponsibility – the world, society is their toilet, and they'll be damned if anyone stops them from pissing away.

Not an original observation but the right-wing is living in its very own "Truman Show" bubble.

"...They view gobbling up the only planet in the known Universe which we know can support biological life and sucking out its marrow as some kind of hilarious, cosmic dine-and-dash...."

Bacteria were here long before us, and they will remain here long after us.

No better example today than the bankstas who made a ton of money and nearly toppled the entire financial structure of the globe.

Just show your deposit slip to the farmer with the gun, and he'll give you all the corn you want.