Because Pitchforks and Torches 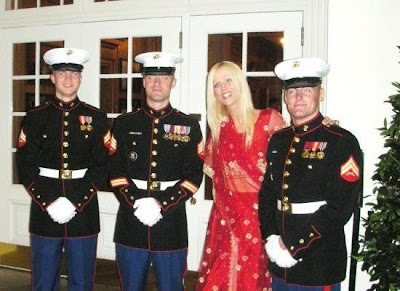 Have a Conservative Bias.

If you believe that a one-time, stunt-breach of White House security during a Democratic Administration, by attractive, 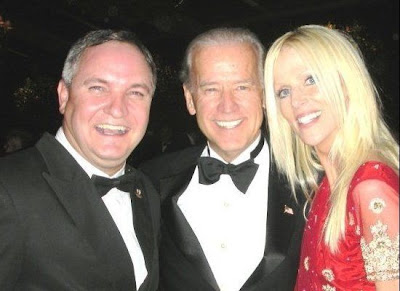 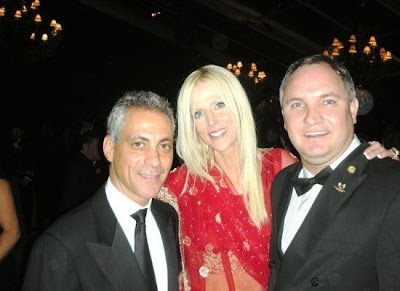 WASHINGTON - -- The Secret Service has launched a "comprehensive investigation" of its security measures after two aspiring reality-TV stars crashed President Barack Obama's state dinner at the White House this week.

Tareq and Michaele Salahi, who have been auditioning to appear on the Bravo reality show "Real Housewives of D.C.," managed to stroll into the dinner for Indian Prime Minister Manmohan Singh and mingle with the power people of Washington even though they weren't on the invitation list.

An administration official said the gate-crashing incident was apparently a breakdown in Secret Service screening and not the work of the White House social office.

White House Social Secretary Desiree Rogers, asked by The Associated Press on Thursday whether personnel from her office were at the checkpoint, said, "We were not."

The White House had requested an investigation, but the Secret Service had already begun one after discovering the incident.
...

-- deserves to be treated as national security threat of the highest order (I, for one, certainly do) requiring 24/7 wall-to-wall media coverage for days on end... 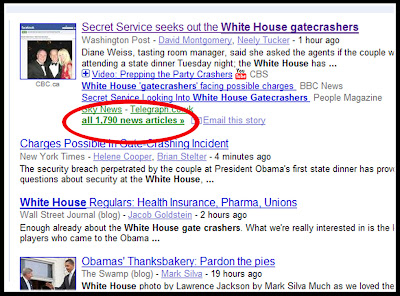 ...and you are not one of those unfortunate wretches whose long-term memory has been pulped to wingnut oatmeal from daily doses of Fox News rat poison, then you just have to ask yourself why it is that when it was a gay male hooker using an assumed name

Email ThisBlogThis!Share to TwitterShare to FacebookShare to Pinterest
Labels: Media on Media

Now that the Dims are in charge we are up to our asses in anti-Obama comedy coverage on all the majors.

If you can call these self-promoters comedic (disgusting is a better word choice IMHO).

I see the circuses part is going well, now I need to go look for an excellent bread source to go with it.

The provenance of the Gannon debacle was always obvious to thinking people not blinkered with ideology or hung up on homophobia...The Bush White House (in spite of a slavishly compliant press, for the most part) needed a mole in the press gallery to forestall unwanted avenues of inquiry, and Talon News (itself a front for neocon interests) 'sheepdipped' a plausible candidate, putting him forth to an administration who didn't know or care much about his proclivities as long as he could reliably finesse questions on cue...The tacit agreement among those who did know being that his alternate professional life would be deniable unless they wished to avail themselves of his nocturnal services...All the elements of a classic 'honeypot sting' without the subsequent blackmail.

Now, these grasping faux celebrities arrive on the scene, seeking to shower themselves with stolen glory and net that fat broadcast contract, the ne plus ultra measure of success in post-employment America - but in spite of all the protestations and fingerpointing they have one salient fact in common with 'Gannon':

They wouldn't have been there if somebody far enough up the food chain didn't want them there.

Great point, dg. I think the Bush administration worked "outrage fatigue" and "scandal disbelief" very well, aided by a feckless press corps. This should have been much bigger, and just imagine the same events under Clinton (as Maher says).

Gay male hooker in a Republican White House? Isn't that like a story about dog bites man?

All the elements of a classic 'honeypot sting' without the subsequent blackmail.

Spot-on, DB. I had the same thought, back when that story broke.

Amazing, just amazing, that Maher was the only one to even remind anyone about Gannon, too. When, oh when, will they stop this nonsense of calling it "the liberal media"? I mean, it never was, and it still isn't. *sigh*

I can't think of anything more exciting than being photographed standing next to Joe Biden. Especially if we were both smiling and shaking hands.

I'll bet driftglass would give his left ass to have a picture like that.