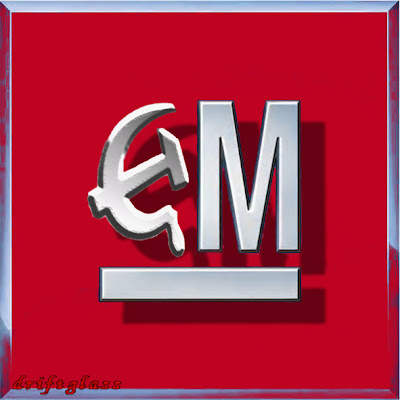 File under: Whatever happened to "Better Dead Than Red?"

Megan McArdle over at "The Atlantic" has some thoughts on the Fall of the House of Auto.

If Obama follows through, and actually puts the companies into bankruptcy, I'll be awfully impressed--it's hard for any president to give up Michigan, but especially for a Democrat who wants labor support. So then the question is, what next? Which marques go? Buick, for sure, and Pontiac. Which plants close? And what is the government going to do to help autoworkers? They're not just out of a job--they're stuck in a state that will be absolutely devastated by these closures. Their houses will be worth almost nothing. What do you do with a 50-year-old auto worker who has lived in a factory town all his life?

Well, if I were more of a heartless fucker than I already am, I'd ask that 50-year-old auto worker how flipping parties 27 years ago and voting to unleash the Evil-Gummint-slashing, corporate-deregulating, union-crushing, middle-class butchering, CEO-deifying, economy-wrecking hellspawn ideology of Reaganomics because he hated poor people and feared brown people --

Reagan Democrat is an American political term used by political analysts to denote traditionally Democratic voters, especially white working-class Northerners, who defected from their party to support Republican President Ronald Reagan in both the 1980 and 1984 elections. It is also used to refer to the smaller but still substantial number of Democrats who voted for George H. W. Bush in the 1988 election. The term can also be used to describe moderate Democrats who are more conservative than liberal on certain issues like national security and immigration.

The work of Democratic pollster Stan Greenberg is a classic study of Reagan Democrats. Greenberg analyzed white ethnic voters (largely unionized auto workers) in Macomb County, Michigan, just north of Detroit. The county voted 63 percent for John F. Kennedy in 1960, but 66 percent for Reagan in 1980. He concluded that "Reagan Democrats" no longer saw Democrats as champions of their working class aspirations, but instead saw them as working primarily for the benefit of others: the very poor, the unemployed, African Americans, and other groups.

-- was working out for him?


I'd ask how it feels to have let right wing propagandists rage him up over fictional welfare queens to a point of incoherence that he voted to slit his own throat in slow motion...only to end up being part of one of the the biggest gang of public teat sucklers in the history of the world?

I'd ask how it feels to have voted to piss away trillions on unnecessary Cold War weapons to defeat a decrepit and toothless Soviet Union only to end up begging the
Evil Gummint to save him from the very same meat-axe of Reaganomics that always brought a happy sneer to his face when he thought of it being brought down like the wrath of God on the necks of the undeserving poor?

I'm much less charitable. I'll definitely be asking those questions.

"What do you do with a 50-year-old auto worker who has lived in a factory town all his life?"

We didn't make consumer cars during WWII, but those Detroit factories were at full production. Energy and Climate Change are the "moral equivalent of war" to quote Carter. A crash program for thermal solar in the Nevada desert, with parts made in Detroit could be this depression's TVA.

We don't believe this for a nanosecond (picosecond even).

Well, if I were more of a heartless fucker than I already am

even though they surely deserve to pay some decently high price for it.

I'd ask that 50-year-old auto worker how flipping parties 27 years ago and voting to unleash the Evil-Gummint-slashing, corporate-deregulating, union-crushing, middle-class butchering, CEO-deifying, economy-wrecking hellspawn ideology of Reaganomics because he hated poor people and feared brown people - was working out for him?

Heh. I guess you told HER off. She is one smug little self-servatard. Funny how it suits her now to get all populist and shit.

First they came for the Air Traffic Controllers, and I said nothing. Etc. etc. etc.

History often repeats itself more than twice. Do you want these words to be the ones for which others remember you when your karmic number comes up?

", or from Whole Foods Nation fauxgressives condemning the Reagan Democrats,"

I have a special level of scorn for Reagan Democrats.

Thinking ahead, say 20 to 50 years from now, internal combustion will not be part of the equation. Personally I foresee a lot of electric cars. Detroit has lost the the ability to adapt. Evolution has a solution for that.

I love that graphic. It's the least evil GM logo I've ever seen in my life. Muahahaha!

It's not as if no one pointed out that Reagan was full of crap at the time - but still, they voted for him. As soon as the GOP knew that a large part of the public, and most of the press, would never call them on horrible mismanagement and class warfare for the rich, they were off to the races. They can produce a budget - well, on the second try - that's another giveaway to the rich, and tries the same old Reagan-Gingrich-Norquist bullshit - eliminating the NEA, de-funding PBS, cutting Social Security and Medicare, and increasing defense spending. Even then, they lie. And much of the press is cool with all that.

But hell, can you imagine how much worse we'd be fucked under President McCain?

Fuck Reagan Democrats for the rat bastards they were and fuck their Blue Dog cousins for what they are now. Hey Gran Torino dude I got your welfare queen right here you prick.

The Reagan Dems were the highest-paid semi-skilled factory workers in the history of the world.
After a plethora of benefits, conditions and fat paychecks was won for them by generations of union and Dem bitter struggles against the auto companies, they decided they'd rather live in Reagan's fantasyland where they were 'Market Warriors' who were given everything freely by their corporate masters because they were just so damn wonderful and valuable.

Besides, the Dems were getting too cozy with the darkies and fags and hippies, and God forbid they be asked to curb their bigotry or help Those People now that they were comfortably middle class.

It's a depressing cycle -- Dem efforts lift people into the middle class, which then gives such people the luxury of indulging their bigotry and self-reliance fantasies by voting for Repigs.

Shocked— shocked I tell you— to learn that Reagan Democrats are as obtuse as Reagan Republicans. . . Or that "WFN fauxgressives" are as self-righteously human as Republican Reagan-Regressives. And just because all those fifty-year-old auto workers will fit up Uncle Sam's heinie doesn't mean you should stick them there.

The homes, schools, and churches of their generation predetermined the character trend of the succeeding generation. But it is spiritual idealism that is the energy which really uplifts and advances human culture from one level of attainment to another. Until education, spiritual ideals, and appreciation for ethics catches up with the purely intellectual and scientific ideas which forged the Bush culture, our failed ideals will never lift the social stream, simply because no stream rises higher than it's source.

I love this guy!

tech98 - Dem efforts lift people into the middle class, which then gives such people the luxury of indulging their bigotry and self-reliance fantasies by voting for Repigs.

Thanks for the meetinghouse, Dg.

And I bet the Reagan Democrats are worried about the "Death Tax" too. Fools.

The oligarchs win when they divide poor Whites from poor Blacks, etc.

Now China has begun a drive to produce massive quantities of electric cars. I pity Detroit.

Great post! I've often said that when the oppressed minority is no longer and oppressed minority and becomes part of the middle class (or majority), they always find someone else to oppress. Its a long cycle and hope people will remember this in a few years. But I'm kidding myself for actually believing such liberal tripe.

Michael Hart - Until education, spiritual ideals, and appreciation for ethics catches up with the purely intellectual and scientific ideas which forged the Bush culture

...Because when I think of paragons of intellectualism and scientific endeavor, I definitely think of Bush.