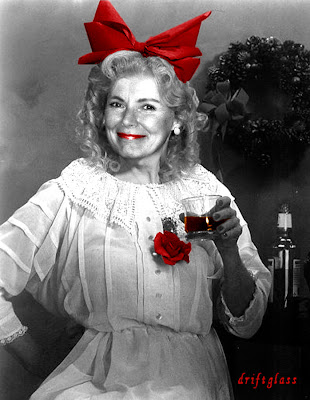 Honestly, I thought she had passed out in a puddle of her own sick months ago and had been quietly interred between the mortal remains of Rush Limbaugh and Bob Novack.

But I was wrong.

She's still among the living and, damn it, she has things to say!

Things like (from Raw Story via MSN since WaPo is mercifully paywalled):

'He will cost them': Conservative Peggy Noonan warns GOP is playing with fire by not dumping Santos

Noonan started off her latest column calling Santos' continued presence in Congress "an insult to the American people," and she described him as someone who "has for decades abused all around him by waging war on reality."

Since Noonan traded her moral compass for a big jug of Lethe decades ago, she didn't bother trying to appeal the the non-existent conscience of House Republicans.  Instead she went straight to the dire warning...

He will be used relentlessly by the Democrats, and the media, to make the Republican conference look like a cabal of fraudsters.  In the short term he damages their reputation, in the long he will surely cost them seats.

But Peggers needs to stop worrying her addled little head over such things.  After all, compared with the feast of lies, corruption, racism, fascism and treason the GOP has been tucking into for the past 50 years (and that Noonan has blithely ignored) Santos is merely a mint.

Email ThisBlogThis!Share to TwitterShare to FacebookShare to Pinterest
Labels: Noonan

I know it's not fair to remember things, but didn't she get caught on a live mic saying the same thing about Sarah Palin in 2008, even getting all potty-mouthed about it?

As Brookses go, I think Mel is the best.

Sorry to break it to you. Peggers is gone off to the wonderful glory of hell's river of fire cottage.

What you see is Linsey Graham doing his impersonation of Nooners.

Notice, you never see Peggers, Graham or Santos all in the same room at the same time. Never!