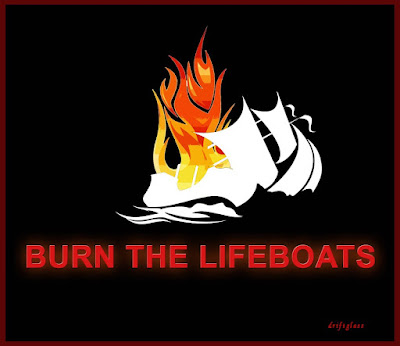 "I believe the Republicans have never thought that democracy was anything but a tribal myth." -- Hunter S. Thompson


Lots of devastation in Florida from Ian.

As I hold compassion for many of those Floridians. I do have some reservations.

Desantis runs for Governor and wins and the people that voted for him knew he voted in such a manner. I figure they thought his vote to deny aid to NJ was making NJ pull themselves up by their own boot straps and crap like that. They didn't want to pay for it also.

Now Gov Desantis must choose to get Federal aid for people of his state (and businesses). By taking aid and asking for aid, he is flappity-flopping from his position prior.
They have another elected GOP in the house, matt the Gaetz. As he now votes against the funding bill to aid his own state and people in Florida. Pull your asses up by your boot straps?
The surprise of many of the devistation victims who hunkered down and stayed, then crying about being trapped in the aftermath and needing to be rescued.

For 8 years these republicans became so filthy immoral by using their religion at every natural disaster during Obama's 2 terms as "God punishing America for the liberal sins".
So forgive me if I ask republicans, What is God trying to tell you when he sends Ian at your GOP governor and the people? Can you hear what God is telling you.

What sins is God punishing you for? Why doesn't Governor Desantis stand on hos long time principle and refuse any federal emergency aid for his Floridians. I am not one to let God sort them out . but there e many GOP nasty boys wishing harm to others in the name of Republican ideology, just as long as those things do not effect them. It is the Libertarian gene of selfishness. And they do mean harm to others while demanding help for themselves.

All that said, I would still support disaster aid. But something inside me says, every time a republican accepts any f that aid. If it be a free meal or insurance assistance to rebuild their home. There should be a video interview of them explaining why they should receive this help[, why they accept this help and why do they continue to deny other people this help when disaster strikes them?

Lizzo. Fuck yeah. It didn't even occur to me that she might be saying "fuck you" to the former owners of that flute. Thank you for pointing that out.
Those folks in Florida who decided to ignore the (late) evacuation order most likely had ridden out other hurricanes without too much trouble, but just weren't ready for the beast that Ian was, and really, still is.
That's the thing about science denialism, by the time you get around to something large enough to make an exception for, there are likely a whole little constellation of related phenomena that you have to let in to respond correctly, and having denied the whole thing, you won't know about them in time to save your ass from the big thing. Like the fact that since hurricanes take their energy from the temperature of the water, warmer water means stronger hurricanes, and faster developing hurricanes, while warmer air holds more water vapor and makes massive amounts of water available for the hurricane to precipitate.
You kinda have to either be able to accept those concepts or take instructions from the government when they warn you that your ass is in danger and it's time to skedaddle.
When a wildfire breaks out within a hundred miles of here, I'm on fucking Inciweb tracking that bastard several times daily. I've seen the damage, and have no desire to be it.
I certainly hope that world war three didn't just start, but the similarities to the onset of world war two are unsettling to say the least.
If your governor has "ambitions" I wish him the best of luck, and would vote for him over my own governor in a hot minute.
Thank you again for the podcast. Briana killed a rattlesnake by the footpath with a camp shovel this week. First one I've seen since moving here at the end of 2019. I almost wanted her to leave it alone, but she pointed out that it was just up the hillside from the firewood, where there are mice it could live on until such time as Zsuzs needed firewood for heat this winter,,,