Woke Mob Cancels Tools! Where Will The Madness Stop?!? 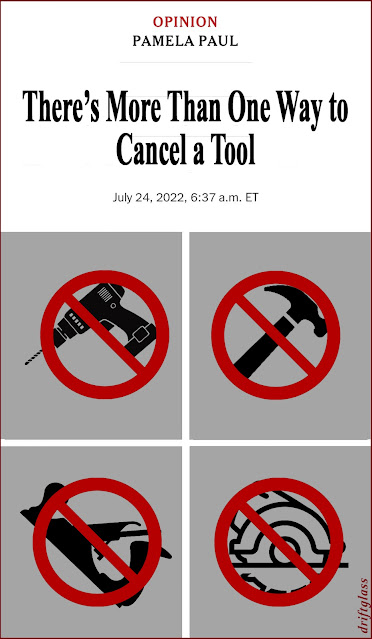 In her most recent atrocity, Ms. Paul has declared that Liberals giving shitty reviews of books they don't like is the practical and moral equivalent of Conservatives literally banning and burning books. 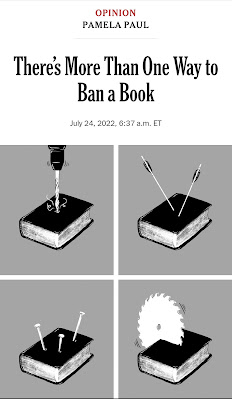 “It’s happening on both sides,” Sargent told me recently. “It’s just a different mechanism. On the right, it’s going through institutions and school boards, and on the left, it’s using social media as a tool of activism. It’s aggressively protesting to increase the pain threshold, until there’s censorship going the other way.”

So to spare this poor, sensitive, cossetted soul any further bruising of her delicate sensibilities, it is incumbent upon each and every one of you to make sure she never -- 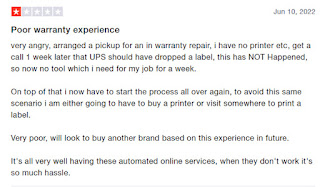 Like matt the Gaetz analogy that all "women who protest for pro choice on abortion. will never get pregnant because they all look like thumbs".

Matt the Gaetz who will never have a shot at one of those thumb looking girls and will have to pay out top dollars for a underage girl that Tucker refuses to remember being introduced to.

But hey, If the owners of the NYT want their paper to emulate the Bulwark or some two right footed blog.

What once was considered the paper of national record strives to use a lot of cheap filler which the ink costs the same but the meaningfulness is free.

Isn't it about time we had coke fueled gang-bangs of young stuff in the Lincoln Bedroom like the founders and Jesus intended?

Speaking of tools.
The J6 committee once completeing it's report will have the knowledge of the vulnerabilities of our elections to shore up.
Thing is, House passed the voting rights bill that died in the senate.
So I ask, what remedies derived from the J6 committee work to transfer into legislative breaker switches to prevent future hostile takeovers will congress (I mean republicans) allow to pass in the senate.
I said, "what congress would pass" on purpose. because that is how the press reports on GOP obstruction these days. Congress can't pass it. When they should be reporting republican partisan obstruction won't pass anything.
I notice the media is still all about Trump and why do the GOP still kiss his butt plug. When Sen Graham who lies like he is Rudy says something, the press jumps on his every word like it is spoken in stone.
They haven't changed much.
I figure the wealthy who owns the media must be failing in business profits and are looking to the GOP for another tax cut and blow another debt hole in our economic doughnut. Then they can go silent about economics until the next Dem president takes office and restart their reporting on poor economic status. I tis so old and worn.

This is just their way of saying "Stop reviewing our shitty books, with shitty writing and lying, because it's not fair. And they have fee fees to sooth." And, of course, they have money to make from the rubes.