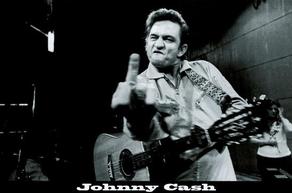 For openers, I'm going to spoil a 52-year-old story for you.

The story is entitled "Night Call, Collect" by Ray Bradbury  It's the story of an old man stranded alone on a desolate, abandoned Mars.  And it is the story of the young man he used to be.

As a young man, alone on Mars, our protagonist was bored and lonely so he rigged up the empty towns around him to simulate activity.  Music playing.  Phones ringing.  His voice and other voices recorded and manipulated speak over the phone to himself in the future.  But all of this clever programming was set in motion by a young man who also foolish and cruel and his own thoughtlessness and cruelty came back to haunt him when, 60 years later, the thousands of recordings of his younger self have teased and tortured him to the point where our frail, elderly threatens to tear it all down.

His younger stops him by warning that if a recue mission finally arrived but landed far away, they would have no way to reach him if he ripped out the phones.  Did he dare risk that?

So the old man keeps things as they are, answering every phone every time it rings, until one day the leader of a rescue mission calls and says, yes, at last they have come.  But they're 600 miles away and he has to hurry.

It's a rough journey and of course there is no rescue mission.  Instead it was a final, sadistic ploy set by the many fragments of his younger selves -- a trap designed to strain and exhaust him to death so that they might "live".

Here's the radio play of that story, which I think you might enjoy.

What put me in mind of this particular story was this post by Hunter over at Daily Kos:

'Meet the Press,' like the other Sunday shows, is a relic of a lazy, low-stakes era

Meet the Press is a machine of sorts.  A machine that was set up a long, long time ago and which has taken on a life and an agenda of its own.  Practically since the day I started this blog +16 years ago I've been writing about the abject failure of Meet the Press and it's Sunday morning Beltway media cousins to meet their obligations as civic institutions.  And what really struck me about Hunter's post was how, decade after decade, no matter what's happening in the real world -- war, economic collapse, treason, impeachment, insurrection, pandemic -- the mindless Meet the Press machine will always respond in the way it was programmed way back when.  From Hunter's post.

“All those economic problems add up to a big political problem for the president. Is all of this his fault? Of course not, but it is now his responsibility. And he and fellow Democrats are in real danger of suffering some serious political consequences. Mr. Biden ran on a promise of a basic return to normal—or at least a path to normalcy. But with the midterm elections just over a year away—”

Stop. Just stop. Fine, we get it. We’re doing this again. Republicans continue to get their constituents killed at elevated rates; let’s now turn to our panel of experts to determine what the political implications of Republicans killing off their constituents will be for the Democrats who, uh, failed to convince them not to die to own the libs.

It's written well and entirely correct and is not substantively different from what we on the Left have been writing since waaaay back in the "good old" Tim Russert days.  From Hunter:

We’ve been here before. This ain’t new, and Matt Negrin, in particular, has brought all the necessary receipts and then some to show that Chuck Todd’s Meet the Press, in particular, is a relentless promoter of Republican frames, one that uses the “panel” format to mix hard-right Republican strategists and figures in with neutral journalists while studiously avoiding Democratic guests. Most insipidly, Todd has been a prime rehabilitator for the Republican supporters of an election hoax that led to a violent insurrection.


The problem with Meet the Press is the problem with all political journalism: It shouldn’t exist. It’s lazy. It’s cheap, hackish, phone-it-in programming cobbled together because doing journalism is hard but talking about the “political implications” of any news story is easy...

The Beltway media is a relic from another era -- a machine built by and for smug, insulated Beltway insiders who still glide through their careers utterly unaffected by the madness and ruin the GOP has been raining down on the rest of us.  Insiders who conduct themselves as jaded Providers wagering quatloos on faraway contests -- 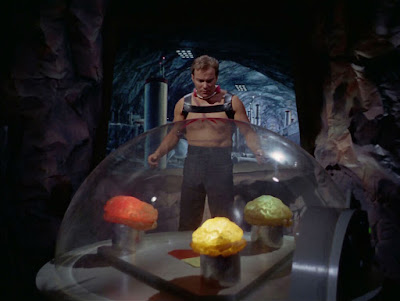 The Sunday shows are the worst thing politics can be: no-stakes. It is all just a game, a little game among the wealthy professional class to fill time while questions of morality and decency are pooh-poohed as the naive domain of the common rabble...

The Beltway media can no more fix itself (or even recognizing that it has a problem) than a barometer can detect radiation.   It wasn't designed to do anything but smirk and grimace and blame both sides, in all weather, under all circumstances.

Now that we have passed through decades of ambivalent puttering to come face-to-face with genuine crisis, we learn that none of the shows are built to grapple with crises. They were a child’s toy, a little playground in which the powerful could snip playfully at each other on camera before going to eat in the same tony restaurants and golf at the same posh resorts. They were not meant to tackle true problems—only to provide small, timed skits showing what tackling problems might look like, according to the fictions of the day, while making sure that none of it ever truly solved anything or even moved the conversation forward.

It's a creaky, smug, profitable old machine going through the motions that were programmed into it long ago.  And pinning your hopes on it suddenly waking up, coming to grips with the multiple crises  we're facing and leaping into actual journalist action is as delusional as believe that the busted off-brand singing trout stuck away in the back of your closet --

That always was a stupid show. I didn't like it then and i don't like it now. It's hard to believe they are still doing it. They are so far removed from what is actually happening. It is a bull**t show. I'd rather watch golf, which is also more bull**t.

You are always the only person who seems to have any fkn idea what is actually transpiring around us -- I wish there were more people like you in this hellhole (I'm living in Alabama and it is most assuredly a hellhole).

Why have there not been more mobs in markets everywhere smashing their way into tv studios, on-air, and slaughtering everyone on site on sight?

Maybe because there is no one in the studios. Every thing seen on tv is prerecorded and the guilty have gotten far away by airtime . . .

I remember my friend Carson calling it "Press the Meat" back in the eighties...