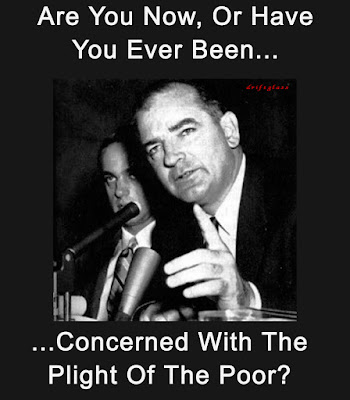 It is curious that one of America's great pastimes, Baseball.

Has some oddly reflecting rules of the game.

It seems during the game. If you get on base. It is legal to steal any base you wish. You have to earn your way to get on base but can steal your way to any of the other bases.
Strange is, stealing another base is only wrong if you get caught before stealing it.

If you get to the base your stealing without getting caught. It is legal and you get to keep that base you stole.

Never forget that the clown show aspect of Republicanism is a method to keep folks with the wherewithal to stop them from taking them seriously.
Any professional in the news media who doesn't understand this is by definition incompetent.
One can only assume that most of those professionals have a keen understanding of the phenomenon, and have to in order to keep their positions as news media professionals.

The girl in Texas who changed up her speech is near and dear to my heart: When I attended Eureka High School, they had a quasi-talent show for the senior class that they called "Senior Class Night". I participated in it by playing the guitar part to a Pablo Cruise song called "Ocean Breeze" alongside a monster pianist named Cheryl. My best friend, though, was the guitar player in a working band made up of EHS students, and they auditioned for the show with a Cheap Trick song that was quite popular at the time, but the night of the show they instead played "White Punks on Dope" by the Tubes.
It was glorious.

I've been seeing more and more Republicans commenting on blogs just straight up deny that the goddamn insurrection happened, and I've been bending the house rules at some of those blogs in my fervor to label them as the goddamn fascists they are. Don't know whether it helps much, but I feel like just sitting there while they memory hole their dress rehearsal for overthrowing the government isn't really an option. So far the proprietors have been OK with it.

Thank you again for the podcast. Sara texted me again today and said she would email me some different cat pictures (Sara is the go-to for cat pictures, but has been MIA for a while, but I cut her slack ever since she moved back to Alabama) so if and when In get them, I'll pass them along...

Just saw this in Charlie Pierce's newsletter email. Made me think of your oft repeated claim of our superpower. Thought you might like the reference...