I'm Preparing for a Tough War. It Will Bring Us neither Money or Fame. 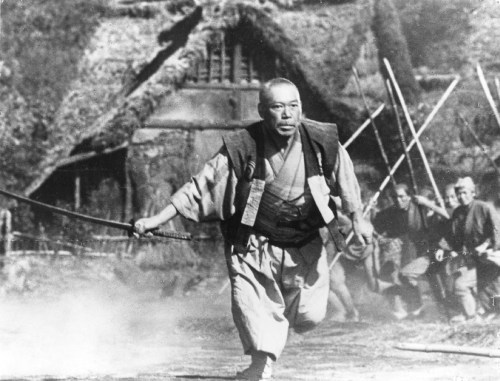 Part of the frustration of being in the vanguard of a small group of disreputable outsiders who have been right about the Right all along has been the ferocity with which the Professional Reputable Insiders have fought against seeing what has been happening right in front of them for their entire adult lives.
Over the decades, the more obviously batshit and reactionary and overtly racist the GOP showed itself to be, the louder these Very Serious People have dismissed Liberal who warned them about the catastrophic trajectory their party was on were as alarmist crackpot and the deeper they barricaded themselves inside their impregnable Both Siderist panic rooms.  And then came the party's smirking, demented embrace of All Things Trump, which should have been the end of any debate over who was right, who was wrong and who had been cluelessly grifting off of regurgitating Beltway common wisdom all along.
But it wasn't.
To this day, the average Very Serious Person would still rather give a grizzly bear a tongue bath than admit that the Left has ever been right about anything, especially at the cost of admitting that they themselves -- these highly-paid professional havers of opinions -- had not only been completely wrong  about the one specific subject area for which they were being paid for their alleged special  expertise, but had also made it a point of pride to shit all over us Lefties who had actually been right about the Right all along.
But hey, this was always going to be a tough war that was never going to bring us either money or fame, right?  That's not the immediate problem.
The immediate problem is that far too many Very Serious People people who should absolutely know better by now --  people in the media and in elected office -- still cling desperately to the fiction that there are a non-trivial number of "good Republicans" out there somewhere just waiting to be persuaded to (as one wag put it a thousand years ago) grow opposable thumbs and climb down out of the Stupid Tree.
There aren't.  But I believe that this continued irrational faith in an obvious fiction is, in part, because the idea ot fully facing the ugly truth -- that we are in a for-real war to save our democracy from being destroyed by our own family members, colleagues and neighbors -- and then facing moral and civic obligations that truth imposes scares the living shit out of them.

*Critical Race Theory* is to these people
as quantum mechanics is to dogs.

The great thing about dogs is that they are
not stupid enough to get irrationally angry
just because you said quantum.

Residents packed the Fort Worth school board meeting on Tuesday over the teaching of “critical race theory.”

Hundreds of people attended the board room, with nearly 90 speaking either for or against the theory.

Critical race theory is a school of thought originating in the 1970s and ‘80s that analyzes how racism impacts the U.S. and its various systems.

Last week, Gov. Greg Abbott signed into law a bill that restricts how America’s history of racism can be taught in public schools.

Arlington resident Jonathan Roger said the critical race theory protesters have also spoken out at other school district board meetings in North Texas.

Those advocating for equitable education and speaking out against those protesting critical race theory said the teaching of racism and the negative aspects of America’s history is necessary to give children a complete education.

Former Fort Worth school teacher Shawn Lassiter said she has watched uninformed groups show up at board meetings and threaten school districts, but there is a coalition of residents and educators that are unafraid to discuss race.

“In fact, we have moved passed that,” she said. “We are seeking humanity in everything we do. And it’s your job to keep up the work. ... Do what we ask students to do everyday: defy the odds. Stand up for love and justice.”

In a fraudulent market, up is down and black is white. The media-run market of facts and ideas is corrupted by the ratings and advertising dollars inherent in the process. Telling the truth and being clear is not as profitable as blatant lying and manipulation for greater revenue. So it will never go back to "integrity" when there is cash to be made.