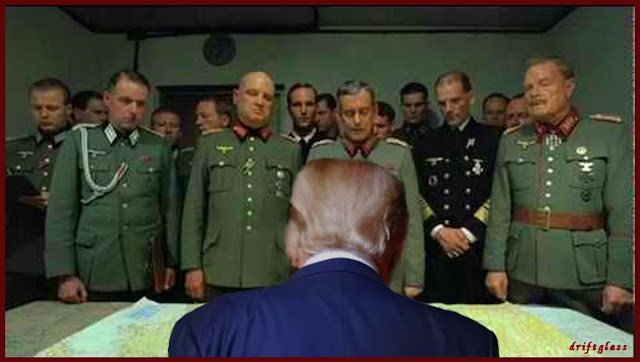 From The New York Times:

The campaign included planned operations against President Trump’s national security adviser at the time, H.R. McMaster, and F.B.I. employees, according to documents and interviews.

A network of conservative activists, aided by a British former spy, mounted a campaign during the Trump administration to discredit perceived enemies of President Trump inside the government, according to documents and people involved in the operations.

And here's the money shot:

The operations against the F.B.I., run by the conservative group Project Veritas, were conducted from a large home in the Georgetown section of Washington that rented for $10,000 per month. Female undercover operatives arranged dates with the F.B.I. employees with the aim of secretly recording them making disparaging comments about Mr. Trump.

Central to the effort, according to interviews, was Richard Seddon, a former undercover British spy who was recruited in 2016 by the security contractor Erik Prince to train Project Veritas operatives to infiltrate trade unions, Democratic congressional campaigns and other targets. He ran field operations for Project Veritas until mid-2018.

Needless to say this whole rat's nest of Dollar Store G. Gordon Liddys -- and the traitors they served -- all need to land in Big Boy jail.

I would like to title a caption to this pic.

As we can see the faces of the Grand Ole NAZIS.

Figuring out who is seated in Hitler's chair at the desk with his back to us might take Sherlock Holmes if you vote and wrote someone's name in on your ballot for president.

As if saying disparaging things about Donald Trump is something that "discredits" a person.

This is the thing O'Keefe and all his little thugs will never understand.

Liddy himself was a K-Mart G. Gordon Liddy