Sometimes I Listen To Things I Shouldn't... 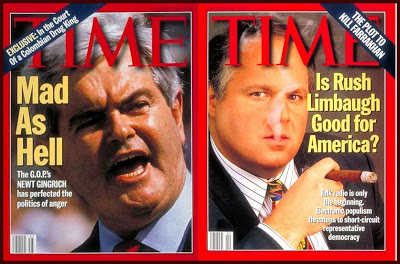 ...just for the surrealistic weirdness that they bring into my world.

I know this about myself and I am comfortable with it, and every now and then, hidden within the weirdness, I find a little nugget that I can pass along to you.

For example, the Republican Accountability Project is a thing that some of the usual Never Trump media persons (Bill Kristol, Tim Miller, Sarah Longwell and, well. basically the key staff of The Bulwark podcast) started last year to, uh, hold Republicans accountable!

So as a big fan of accountability and of projects, I was moved to ask how exactly are they going about doing this?

And this here Bulwark podcast laid it all out for me.

They're gonna make a database!

Well  you know I love a good database, so please continue.

It shall be a database of how various Republicans voted on a very small number (four?) of insurrection/voter suppression issues!  And then they will be grading on those votes.  And -- bingo! -- accountability!

Olivia Troye:  I think it's a good reference tool for voters to be able to look it up and say "Okay well what did happen back then?" when they're y'know out there pushing a different story

Which is adorable and all, but isn't keeping track of who voted for what already being done  by, I dunno, literally hundreds of organization from the C-Span.org and senate.gov and congress.gov to The League of Women Voters and 538 and the NRA?  And isn't attempting to hold Republicans accountable for the votes they have taken and the horrid things they have said and done pretty much what the entire Liberal blogosphere has been up to for something like 20 years now?

And who exactly are these "voters" who will suddenly be moved to seek out this tiny database flower among all the other lilies of the field to give them a brief summary of how the elected representatives of the Treason Party voted?

Surely not Democrats.  And I remain unconvinced that there are a non-trivial number of actual, cannot-make-up-their-mind-between-the-Treason-Party-and-the-COVID-Relief-and-Infrastructure-Party "Independents" who can be moved off the fence by a vote tracker.  So we're talking about Republicans.  which is where all such "accountability" projects run up on the rocks.  Because for the last 30 years, the Republican base voter has spoken in an unmistakable and ever-louder voice that they are not in any way interested in "accountability" and therefore will not be beating a path to your database.

And the surreal thing is, both of the people having this conversation -- Charlie Sykes and Olivia Troye -- clearly know this too.  Because this whole enterprise depends on the ability of Republicans leaders who Republican voters trust being able to reach those voters through the media they trust and telling those things that the absolutely do not want to hear.  And that is just never gonna happen.

Sykes: So would the people who watch Fox News, if, when a Liz Cheney comes on and says, "Look I am a solid conservative.  I share all of your values but these things are wrong. This didn't happen.  The election was legitimate." does that actually change anyone's mind? Because I agree with you that... that the only solution to this is to have trusted voices go, "Okay, I am with you on all of this stuff, but this is wrong." Now Joe Walsh was a guy like that.  I mean he's Right. I mean he's waaaay more Conservative than even I am. He's solid.  I mean he's really, y'know, in it, y'know, at the cellular level. And he stood up and said, "Yes, but we can't buy this bullshit. This is this is wrong." And he was just cast off.  So they didn't listen to him.  So, I mean how do how does it work? Well Liz Cheney ought to be able to say, "I... I am with you on tax, I'm with you on government, with you on... on I'm pro-life.  I'm, y'know, for Conservative judges.  But this is wrong." And yet they still don't listen to her.

And yet knowing that this is a fool's errand...

Sykes: Well I have to strongly recommend going to, uh, accountability.gop to look at this, uh, this interactive tool because this report... this report card...because, uh, you have a lot of information there and it really does help clarify. Because as closely as we followed it, I don't think I could tell you, y'know, any specific member of congress with exception of the senators, y'know, where they came down on each of those four different element.

The Republican Accountability Project will not fail due to lack of funding or access to friendly media.

The Republican Project that made it possible for Trump, after four years of mayhem and madness, to actually get ten million more votes than he got in 2016.  For Republican support for Trump to actually deepened, widened and hardened this time around.

The Republican Party knew this in 1994 when they credited Rush Limbaugh and Hate Radio for sweeping them to power over "74 percent of the nation's newspapers [which] had endorsed Democrats." and relentlessly evangelizing Limbaugh's message that the mainstream media was never to be trusted because they were the "willing accomplices to the liberal power base in Washington" became their Prime Directive.

This is the rock on which the modern Republican Party was built an army of what I have called "Reprogrammable meatbags" -- a term which which I've been told many times sounds too harsh, but is simply the literal truth.  After all, we are all bags of meat.  And after decades of being told by Republican leaders and Conservative media over and over and ver again that they cannot trust anyone who tells them anything they do not want to hear, these voters are, in fact, 100% reprogrammable.

As I wrote in November ("The Fail-Safe Election"):

Instead they spent it building a Pretty Hate Machine powered by rage, racism and paranoia.

And to keep the machine running smoothly Party leaders didn't turn to Edmund Burke for inspiration.  Instead, they took George Orwell's 1984 as their instruction manual, which is how, over the course of decades, the Party rank-and-file were relentlessly propagandized into automatically reject any criticism of the Party as a thoughtcrime.  To automatically repudiate any critic of the Party as a part of some vast Soros/Liberal/Fake News conspiracy.  To automatically edit out any memories of previous Party claims that contradicted today's Party dogma.  And, if cornered in the fragile moment between the collapse of yesterday's lies and the invention of tomorrow's lies, to automatically dive behind the mighty shield of Both Siderism to stave off reality until a new lie could be delivered.

They built a Party and an accompanying ideology which, to quote the inimitable Digby from 14 years ago, cannot fail, but can only be failed, and which our new Never Trumper friends found out far too late had become self-sustaining and no longer needed their thin veneer of elite media respectability to win elections.

The time when it might have been possible to appeal to Republican voters to actually hold their elected officials accountable has long since passed.

We're in the end game now.

we're in the end game now.

Ain't that the truth. In my 68 years the ratchet has only gone 1 way, and I see no reason that might change. And what comes after a failed insurrection?

We're in the end game now.

"This brings us to our second relatively uninteresting question, which is what to do about the alt-right [and, by extension, the right in general]. In this case the answer is even easier and more obvious than the first: you smash their bases of power, with violent resistance if necessary. If you want a more general solution that also takes care of the factors that led to a bunch of idiot racists being emboldened in the first place you drag all the billionaires out of their houses and put their heads on spikes.
"But the ease of answer reveals the deeper problem with 'what's to be done' as an angle on the alt-right. We all know what's to be done. Nazis have been the go-to example for people arguing why sometimes violent resistance is necessary for decades. But in the absence of a credible resistance that consists of more than hashtags and an inexplicable propensity to take Louise Mensch seriously the knowledge of what we should do is fairly useless. We're not doing it, and I am to say the least skeptical that screaming 'for fuck's sake, just bash the fucking nazis' skulls in already' for the enxt 350 pages would magically kickstart a mass uprising.
"Instead this book asks a different question: if winning is off the table, what should we do instead? Because the grim reality is that things look really fucking bad. Ecological disaster is looming, the geopolitical order is paralyzed, and we're not putting nearly enough billionaire heads on spikes to plausibly change it. What, then, is left?
"This is not a question with straightforward answers. Straightforwardness is for victors who get statues and ballads. The defeated operate from shadows and hidden places, and the legacies they leave are cryptic and secret. This book behaves accordingly, and there are limits to what I am willing or indeed able to explain."
-- Dr. Elizabeth Sandifer, introduction to her collection Neoreaction a Basilisk: essays on and around the alt-right (Ithaca: Eruditorum Press, 2017)

Speaking of "bringing up a little nugget," golden, fiducial, true weight.
She writes what I'm thinking...to the limits of the excerpt above.

So listening to things sometimes you shouldn't can be forgiven.

Getting the time you wasted returned, is not refundable.