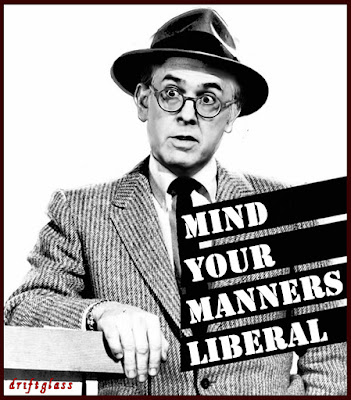 In which reliable Republican Beltway stalactite Michael Gerson rolls over and freaks out after catching a glimpse of the monster he's been laying with (in the Biblio-political sense) his entire adult life.

“This is a reality that I have resisted naming. The 45th president and a significant portion of his supporters have embraced American fascism.” https://t.co/CzGaoQ1uKd


FYI, before reading this article. I'm playing a little five-finger-exercise writing game with myself.  A game I play when I'm bored with how much sanctimonious, overpaid Conservative stupid there is in the world.
It's a game in which I don't read the article immediately.  Instead, because I am keenly aware of massive moral  failures and character flaws of the author, I try to deduce the only way he could write such a thing.

First, consider that the Republican Party's stank is wired into Gerson's political DNA.

Second, consider that Gerson is pathetically unwilling to recognizing the true faces of own tribe when they take their masks off and leer at him with blood on their teeth.

Third, consider that Gerson is pathologically incapable of acknowledging even for a second that the hated, hated Left has been right about the Right along. Because, to misquote one of Trumps two favorite Corinthians, if the Left was right and the GOP has been this way all along, then Gerson's preaching is in vain, and his faith also is in vain.

Recognizing how catastrophically wrong all along (and how right his nemeses had been right) would destroy Gerson, spiritually, psychologically and professionally.  And since there is no way he's going to risk that, he is left with only the narrowest and more tortured aperture through which to squeeze out this column.
A column in which he must...
First, hang onto the fairy tale that his GOP was a noble institution until Trump came along and fucked it all up.
Second,  hang onto the fairy tale the leering monsters dancing around in St. Reagan's winding cloth are not Republicans.
Third, tell us Libtards that we'd damn well better shut the fuck up with all of that "remembering" shit that we do or we may just ruin everything!
Let's see how I scored shall we, starting with the headline:

Donald Trump’s promise of American strength has involved the betrayal of American identity.

Nope.  Donald Trump’s promise of American strength has involved the apotheosis of the Republican project.

One of the most important strands of our founding ideology is civic republicanism.
What type of citizen has Trump — and his supportive partisan media — produced?

Well, Trump is a Republican.  And his "supportive partisan media" are the house organs of the Republican Party.  So what kind of citizens have Republicans produced?
Republican citizens of course.

Rep. Marjorie Taylor Greene (R-Ga.) still holds her job in Congress because she is representative of ascendant MAGA radicalism. Those who reflect her overt racism, her unhinged conspiracy thinking and her endorsement of violence against public figures are now treated as a serious political constituency within the Republican Party.

Those who supported the overt racism and unhinged conspiracy thinking of Birtherism and the endorsement of "Second Amendment solutions" to politicians who stood in their way were called Republicans, Mr. Gerson.  Republicans.

No, call it Republicanism.

Instead of promoting the values of responsible citizenship, Trump and his media enablers are elevating and blessing the very worst among us.

How can anyone view the trashing of our founding tradition as evidence of patriotism?

I am now required to remind some of you that Michael Gerson was a senior advisor to and wrote speeches for George W. Bush.  He is the man who concocted the phrase "smoking gun/mushroom cloud".  And he would very much like you to believe that he also somehow missed the entire Bush Administration.
After the Bush Administration imploded under the pressure of its own corruption, criminal incompetence and incipient fascism Mr. Gerson was given the same parting gifts most Bush Regime dead-enders were given:  a job-for-life at a major American new publication and a big jug of Lethe Poteen to help him forget all the heinous shit he'd said and done over the previous eight years.
Mr. Gerson immediately set to work using his new sinecure at The Washington Post to launch a relentless, eight years campaign of slagging Barack Obama and the Left, while siding unstintingly with the unhinged, racist Republicans who were freaking out over the Kenyan Usurper.  Apparently there was still a few swallows of that potent Lethe Poteen left over in his Bush Administration going-away gift basket, which Mr. Gerson quickly chugged down once Trump was nominated and elected, once again allowing him to promptly forget all the heinous shit he'd said and done over the previous eight years.
But some of us didn't forget.  Any of it.
Especially those of us who were on the business end of the Bible-wrapped wingnut vitriol and slander that came roaring out of Mr. Gerson's huge Washington Post megaphone year after year after year..  For my part I documented a very large representative sample of Mr. Gerson's years of bullshit here, about which Brother Charlie Pierce remarked:

If you're inclined to take Michael Gerson seriously, drink something cold, lie down, and read this.https://t.co/jKKzSmVO7O

But the influence of his treacherous ideology is still being spread by unprincipled people seeking influence and profit.

That "treacherous ideology" is called Republicanism and those "unprincipled people" are called Republicans.
And now, at last. we get to the most important paragraph of all.  The marginalizing and vindictive Tone Policing of us stupid Libtards, and the valorizing of Michael Gerson:

The task of marginalization will also be more difficult if those on the left try to lump all conservatives into Trump’s camp — arguing that fascism is somehow the natural destination of Barry Goldwater’s nomination or Ronald Reagan’s presidency. This is utter rubbish. I was involved, for example, in the running ideological conflict between Rep. Jack Kemp (R-N.Y.), whom I worked for, and Pat Buchanan, who previewed Trumpism. Kemp was the more authentically conservative voice. And there is a massive moral gap between the politics of George H.W. Bush, George W. Bush, John McCain and Mitt Romney on one side, and Trump’s civic barbarism.

Scoring myself on forecasting Mr. Gerson's column, I played 18 and shot 18.
I just can't seem to miss.

Email ThisBlogThis!Share to TwitterShare to FacebookShare to Pinterest
Labels: gerson

Republicans are in luck! If we're wrong about them, there's a difference between Republicanism and Trumpism, and they're desperate to prove it, they have a perfect opportunity at the impeachment trial. A clear-cut chance like that doesn't come along all that often. (If you don't count every day of the four years of the Trump presidency, that is ...)

Yes, this gives muffins a bad name, but hey what are we gonna do?

Republican's archeologists make a rediscovery of the lost QANON scrolls lost during the Civil War in Alabama.
And The 11th commandment of Ronaldous maximous Reaganus renaptizes the blasphemy out of them.