The Only Thing That Got Overheated at the Springfield Black Lives Matter Procession Yesterday... 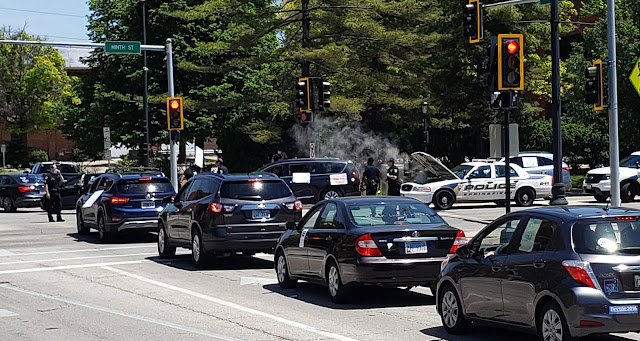 ...was this squad car at the corner of Monroe and Ninth.

Everything else went spectacularly well.  In fact the only real "problem" with the procession was that so many more people showed up than the organizers anticipated.  And by more, I mean an order of magnitude more.

Thousands of cars carrying thousands of people.  What fine great problem to have!

I was just a volunteer who worked parking before and after and carried donuts in between so I don't have a comprehensive overview, but you knew it was going to be much bigger than anyone was expecting when parking in the staging lot started off plentiful -- 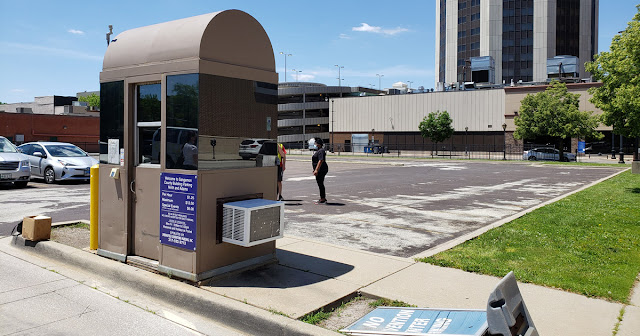 -- and then filled up quickly.

And then the backup lot behind the staging area filled up.  At this point we had gone through the entire stock of 300 instructional fliers which the organizers had run off. 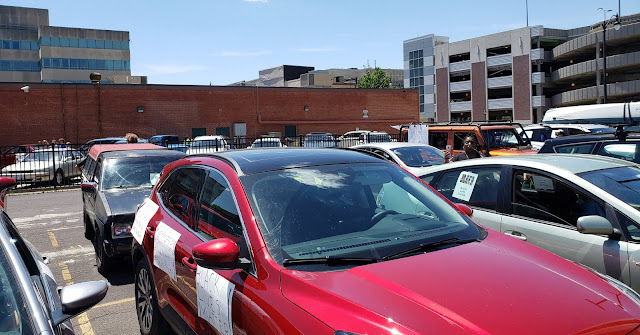 And then the alleys filled up.

Then I got a call from Blue Gal and the kids letting me know they were fine, but that they were parked in one of the improvised backup, backup lots, which was now 100% full.

Then we had to start lining cars up on the street because there was no other place to put 'em. 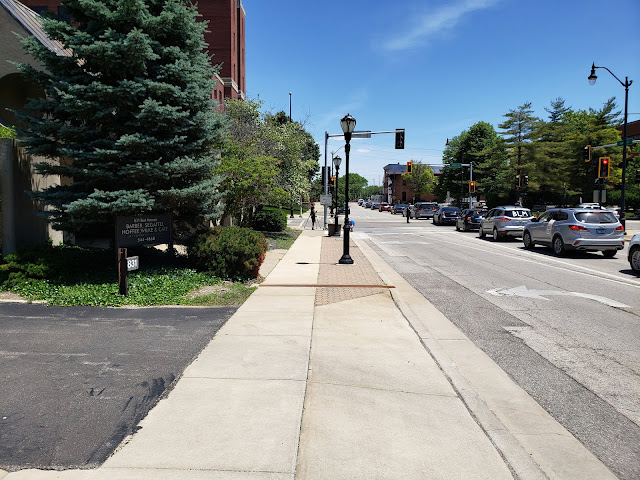 And here's the thing. 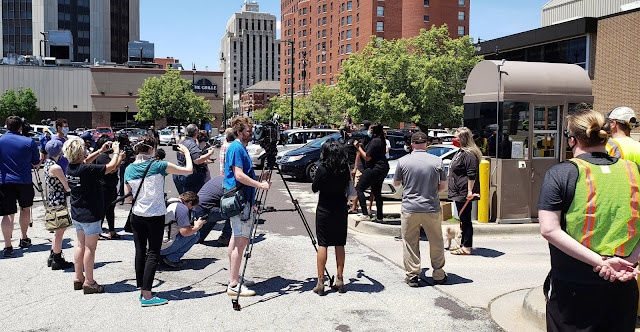 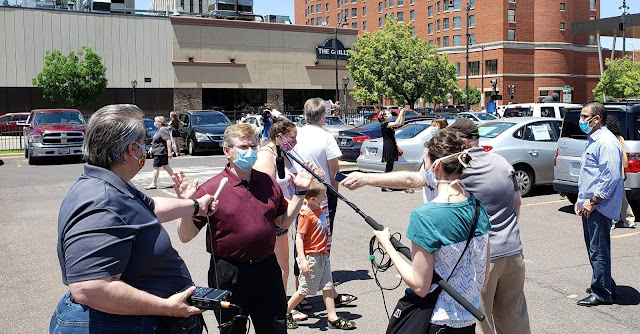 -- and a couple of alderpersons showing up (because holy shit, this was now a thing) everyone followed the rules and stayed in their cars.

Traffic flow and density was somewhere between trying to get out of Wrigleyville after a Friday Cubs game and trying to get out of the Soldier Field area after a Pink Floyd concert, so everyone I interacted with as Traffic Guy (at a safe distance) had been waiting for an hour or more to move one inch.  And they were uniformly patient and boisterous and obviously happy to be out there, supporting this important cause on a perfect late-spring Sunday afternoon.   Delighted and sometimes in tears to see so many like-minded people of all ages and races all around them after months under quarantine.

And for the record, the Springfield Police Department -- which was out in force -- was clearly under strict orders to be helpful, courteous and non-confrontational.  And they were.  Everyone got along and eventually the massive procession wound its way through downtown and through several of Springfield's predominantly African American neighborhoods, honking and waving all the way, until we all gradually dispersed and made our way back to our homes.

Look for the helpers!

Thanks for the post, Driftglass. Wow. What a great thing. Peaceful and well attended. Paul

Are you reporting or finking on them?

Over at the FOX,

Good and welcome report. Thanks.