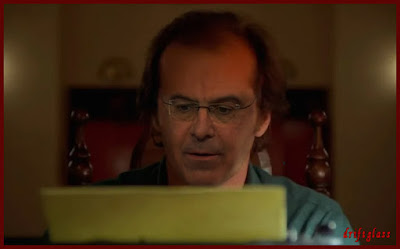 We seem to be entering a period of competent conservatism and reactionary liberalism. George W. Bush has put together a cabinet long on management experience and practical skills. But liberal commentators and activists, their imaginations aflame, seem to be caught in a time warp, back in the days when Norman Lear still had hair.

-- and his unremitting support of the Iraq War -- 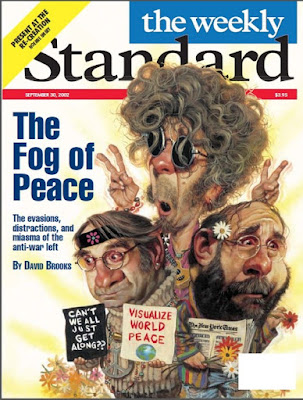 -- were what landed him a job-for-life at The New York Times.

Then, when the Bush Administration imploded in exactly the way David Brooks swore it never would, Mr. Brooks and every other Bush enabler in the media had a sudden and urgent need to find something else to write about.  An entirely new genre was called for: one in which Conservative hacks like David Brooks had never actually been wrong, and the cherished tradition of punching Liberals -- who had been right about the Right all along -- was still honored.

Thus did Both Siderism became the official state religion of the Beltway media.   And, with very few exceptions, cranking out twice-weekly columns blaming Both Sides has literally been the only thing Mr. David Brooks has done at The New York Times for the past 15 years.

As I have written about ad nauseum, making Both Siderism the official state religion of the Beltway has been a disaster for our democracy.  It effectively killed honest mainstream political journalism and made the rise of Republican monsters like McConnell and Trump inevitable.  However one small salutary side-effect of virtually every fucking David Brooks column being the same as every other David Brooks column is that it make the odious job of reading David Brooks columns much easier.

So for example, when I opened today's New York Times I could read this headline --


The One United Struggle for Freedom
Hong Kong’s fight, and our own.
By David Brooks

-- then skim though all the yadda yadda until I found the Both Siderist razor in the apple:


The American right no longer believes in spreading democracy to foreigners. The American left embraces a national narrative that emphasizes slavery and oppression, not that America is a beacon or an example. Neither party any longer sees America as a vanguard nation whose very mission is to advance universal democracy and human dignity...

Because there is always a razor in the apple.

All of which is to say that I fear for Dean Baquet's safety should he ever wander into David Brooks' office and take a good look at what Mr. Brooks has actually been writing all these years:


However, as America's leading Brooksologist, after locating the Both Siderist razor in the apple I still feel a special obligation to you the reader to go the extra mile.  To use that mightiest Liberal superpower of all -- Memory -- to rake back through Mr. Brooks' latest midden pile of words to find what other hypocrisies and embarrassments are buried therein.

The thesis of Mr. Brooks' column is that, while the Hong Kong protests may well be crushed by the overwhelming power of the state, their causes is nonetheless admirable and praiseworthy:


But there’s something stubborn about the Hong Kongers and deceptively powerful about their cause. Other protesters dreamed of freedom. These people have already lived it. It’s part of their identity. They will prove more ferocious in defense of liberty than the skeptics imagine. Along the way they might rekindle the sense of democratic mission that used to burn so forcefully in American hearts.

Hey, remember just a couple of years ago when tens of millions of Americans took to the streets to protest the election of President Stupid?  Of course you do, because you're a Liberal and you have a Memory.  But for the benefit of those few stragglers who are new to this blog, indulge me in this re-post of a snip of what I wrote last year ("Remember When The Women's March Was an Indulgent, Frivolous Waste of Time?"):


... with the issues and results of the 2018 midterms still fresh in our minds, let's set the Wayback Machine for a very short hop to "Literally Just Last Year" to find out how Mr. Brooks interpreted the Women's March for his wealthy, simpleton benefactors:

After the Women’s March

According to Mr. Brooks, sure, the march was a lot of fun for the ladies:

The women’s marches were a phenomenal success and an important cultural moment. Most everybody came back uplifted and empowered. Many said they felt hopeful for the first time since Election Day.

But tactically, it was a silly waste of time:

But these marches can never be an effective opposition to Donald Trump.

Why?  Because these coastal elite ladies don't understand politics

In the first place, this movement focuses on the wrong issues.

Now put on your Imagination Caps and pretend you are hearing the following in the most insufferably condescending tone of voice that human vocal cords can produce.

Of course, many marchers came with broad anti-Trump agendas, but they were marching under the conventional structure in which the central issues were clear. As The Washington Post reported, they were “reproductive rights, equal pay, affordable health care, action on climate change.”


These are all important matters, and they tend to be voting issues for many upper-middle-class voters in university towns and coastal cities. But this is 2017...

That was the sound of David Brooks patting tens of millions of women on the head and telling them, "Look toots, all this stuff may make the girls at your San Fran Cisco sewing circle swoon, but ain't nobody gonna organize and vote around it."

And according to Mr. Brooks, what would move humans to the polls in numbers large enough to pry power out of the hand of the America Fascist Party?   Big issues.  Sweeping, abstract issues. Manly  issues.

...globalization, capitalism, adherence to the Constitution, the American-led global order. If you’re not engaging these issues first, you’re not going to be in the main arena of national life.

And what did the Women's March offer instead?

Instead, the marches offered the pink hats, an anti-Trump movement built, oddly, around Planned Parenthood, and lots of signs with the word “pussy” in them...

"Pussy" obviously confuses the hell out of David Brooks, which explains an enormous amount.

Mr. Brooks continues, explaining to the ladies that the central threat is certainly not the patriarchy.

The central threat is not the patriarchy.

See?  (Translation:  Get your socialist lady-hands off of my wholly unearned and undeserved privilege.)

So what is the central challenge to Murrica?

The central challenge is to rebind a functioning polity and to modernize a binding American idea.

Wow.  That is a lot of words that don't add up to a damn thing.  Would you care to rephrase that?

If the anti-Trump forces are to have a chance, they have to offer a better nationalism, with diversity cohering around a central mission, building a nation that balances the dynamism of capitalism with biblical morality.

Well as it turned out, rather than adopting Mr. Brooks'a bold agenda of rebinding biblical capitalism in a functioning morality of balanced dynamism or whateverthefuck he was trying to say, Democrats instead went with that Scary Vagina-Based agenda of health care, clean water, clean air, decent schools and not being racist or a misogynist.  You know, all those elements that were present right there in the DNA of that frivolous, indulgent Women's March back in January of 2017.

And based on the results as they stand today and where they look like they are headed in the days to come, the Democrat's Scary Vagina-Based agenda stomped the holy hell out of the Republican Party virtually everywhere they were within a mile of winning, up and down the ticket, at every level of government, in a year when the electoral map was brutally slanted in the Republican's direction.

And so, having had his hot-take on the Women's March stress tested and smashed to atoms out here in the Real World -- shown to be just one more slice of David Brooks-Brand Clueless Claptrap -- wouldn't it be hilarious if Mr. Brooks still just could not leave it alone?  Wouldn't it be hilarious if he was so pathetically desperate to hang onto yet another David Brooks-Brand Ludicrous Theory that, in the face of unequivocal proof that he'd been dead wrong, he would still try to cook up some equivocating alibi about how "midterms" really don't count?

David wants women and hippies to march on globalization, capitalism, adherence to the Constitution, the American-led global order, and biblical morality. I can see the placards now. "Glabalizanion Now". We could chant, "What do we want? Globalization! When do we want it? Now!". How exciting.

He reminds me of Katy Kaye who I saw on TV a few days before the first huge Occupy Wall Street marches. She said, I don't really hear a lot of people complaining about how we need to tax the rich. Or Larry Kudlow days before the crash in 2007, The markets are really going to skyrocket any day now. Always wrong, like Brooks.

And when I happened to watch Brooks on TV, he always speaks slow and low, to make people think he's being sincere or wise, like Dick Cheney does. They are both disgusting people.

It is clear, Brooks derailed his calling as an evangelical pastor for guaranteed nice employer based health care. A steady pay check and sweet benefits.

If only he had the security of health care. He could of had the freedom to at least take a shot at rising and competing with the Jimmy Swaggarts and the Falwells.

It is just a shame to waste his talents of ill repute and zero accountability on a NYT opinion column when he could have had his own university. Whether it is accredited or not.

A;; those youthful open minds at his own university he can speak at. Mold and shape, (if they want a passing grade).
It is so sad to see his life wasted at doing something he tells us in every column, how he hates what he does and it is why his opining is worthless. Unlike his preaching would have been.
Even as the Ann Lander giving love advice to strangers without the full story and never meeting any of them, type of column is more suited for the Brooks. Which I am positive, he would be happier doing and still not suited for it.

Wow, to think that it's in the context of _energizing voters_ that Brooks's advice is to "rebind a functioning polity". Finger on the pulse, that one.

Is he serious in referring to the people of Hong Kong as "...the Hong Kongers..." like it was a basket ball team or some such other.

He appears to be wetting his pants on the idea that the patriarchy maybe in trouble because the "...Scary Vagina-Based agenda stomped the holy hell out of the Republican Party...". All I can say is yippee-I-ay motherfucker.

And lastly "...talents of ill repute.." gives ill repute a bad name. Ill repute is something BFB might aspire to someday. A smoking bag of dog shit is closer.

Just my half penny opinion.

the defining characteristic of a conservative is that the less things change the better. the way it works is the conservative perceives himself (herself..) as close to perfect and is looking for validation..for continuation.