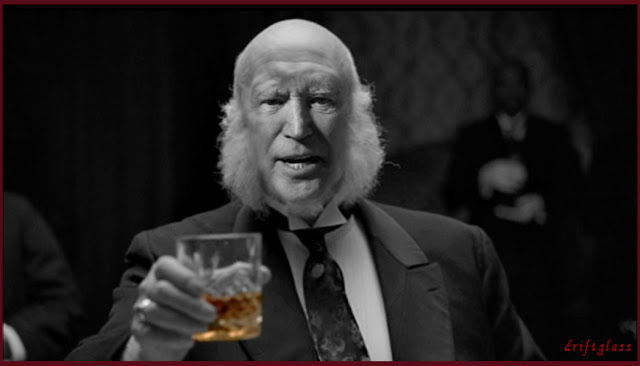 
In New Hampshire, Joe Biden predicts that once President Trump is out of office, Republicans will have “an epiphany” and work with Democrats toward consensus.
— Sahil Kapur (@sahilkapur) May 14, 2019

Of course, as we out here in the Real World know perfectly well (and as I may have mentioned once or twice or 5000 times over the past 14 years) our political climate has been irreversibly wrecked by the Republican Party for at least the next generation, at this point the very best we can hope for is to contain their madness and mitigate the damage they can do.  Which means the rest of us in the not-crazy majority need to start running hard against the entire Republican party as an entity and stop wasting our limited time and energy pretending that figuring out the Trump voter is some great mystery, and that once we crack their code and begin communicating with them in their native language something something "Bipartisanship!"

As we out here in the Real World know perfectly well here, there is no hope of salvaging the tens of millions of reprogrammable Republican meatbags who sincerely believe that people like you and me are Marxist nitwit social justice mobsters, climate charlatans and race hustlers who are completely divorced from reality.  That damage is done and it will be fucking up our politics for decades to come.

What the rest of us can do is demand that our candidates and our media stop insulting our intelligence and trying to curry favor with a nonexistent Center, gutless "independents" and a few dozen Never Trumpers by lying about what a dungheap of bigots and imbeciles the Republican Party actually is and how exactly it got that way.

Email ThisBlogThis!Share to TwitterShare to FacebookShare to Pinterest
Labels: biden

Not to set off the both sider centrist politician trap on my foot.

Biden has concerned me for his fond memories of the bipartisanship of yore he fondly remembers.

Now he saw close up while Obama's VP. For 8 years only to peak with Senate changing the SCOTUS seat number from 9 to 8.

Like Senator Lehey (a very fine democratic Senator) after GOP majority trampling of any norms to extremely expedite their (GOP) Judges agenda..
Knowing fully how they (the GOP) treated the Dems when they were in the minority of confirmations. GOP went ruthless and disregarded the existence of Democratic Senators. So GOP knew there might be pay back from the minority filibuster as they were now in the majority.

When Dems took back Senate, Lehey longing for norms and respect of the past, re implemented the filibuster and the Senator Blue chip approval for judges so the GOP minority could have a say. When GOP took Senate back, they siad fuck you Lahey.

My concern Biden would bend over for GOP. Like he has done in the past.

Biden likes to say as some do, he has republican friends he made over the years.
That friendship has left democratic voters losing out because Biden's bipartisanship that favored GOP.

Biden is very familiar with Congressional rules and has many connections.

The question is, Biden needs to tell me somehow, (smoke signal?). Will he give up his political wealth from winning. Over to the GOP for some sort of promise of decency?

Be a CEO president and fire Sen McConnell if he gets out of line and doesn;t be the company team player.

If McConnell succeeds to fill the Federal Judiciary with a majority of conservative, late 40s and early 50s judges, in 30 years our society will be unrecognizable.


Elizabeth Warren did it right today in her refusal to do a Fox town hall. Truth telling. Not pandering, not selling philosophy or values, no muck, no guck. Just reality. Not weaponized reality, nasty reality, name calling reality, just reality.

Look, I’ll vote for Biden if he’s the nominee, God help us.

If Joe had been a member of the SD party in the Reichtag in 1933 he probably would have voted against the Enabling Act. So there's that.

I see Biden's comment as enabling, as it's telling American voters that if we just remove Strongman Trump, everything will go back to a 70's-era political compromise and functioning that hasn't been possible since the 70's.

The problem isn't Strongman Trump. It's the Republican Party.

Strongman Trump is just (one of) the most Republican politicians that the country has ever seen.