Whatever Happened To Dr. Jenna Jacobs? 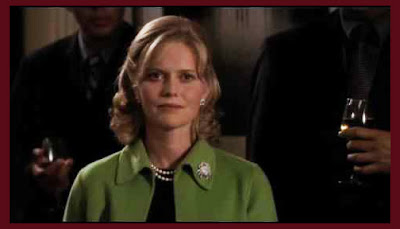 It fulfills every Liberal's fantasy of having just the right verbal and factual ammunition at hand at just the right time in front of just the right audience so you can lay waste to some asshole titan of Hate Radio and then mic-drop and walk away the undisputed victor.


But what do you suppose really would have happened to "Dr." Jenna Jacobs after this?

Did she slink off and die under the porch?

Did she fearlessly reappraise her life choices and realize that she had gotten it all wrong?

Or did she spend the next six weeks on her radio show bragging to her audience -- which had no way of knowing any better and wouldn't have cared if they did -- how she braved the Secret Service and the America-hating mob to beard the Libtard lion in his den?  Did she fund-raise off of how hard she owned that commie snowflake Bartlet?  Did her ad rates skyrocket?

Did she write a best-selling book about it, that led to regular guest appearances on various cable shows? 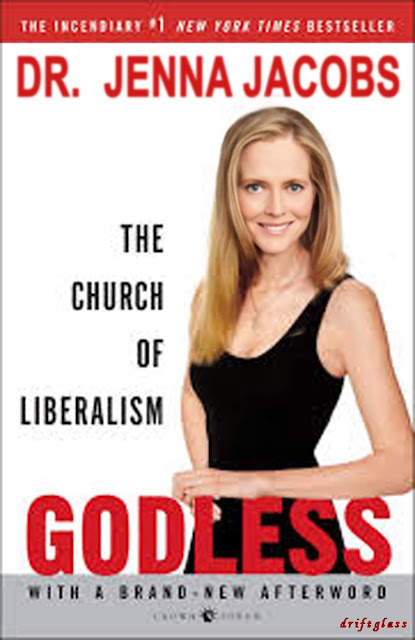 Did Bill Maher fuck her a few times and then spend the next 20 years pimping her career?

Which led to another round of shitty, Regnery press books, bulk-bought by Hate Radio stations and CPAC to push them onto the bestseller list.

Which landed her an op-ed column in the Washington Post.

Then a regular slot on Fox News panels.

After which Roger Ailes fucked her a few times and then spent the next 10 years pimping her career.

All while the genuine accomplishments of the Bartlet Administration disappeared completely from history, while it's scandals -- which would prove to be mere rounding errors compared to the monstrous treasons, high crimes and low corruption of the Republican administrations which would follow -- grew to legendary proportions as Fox News and Hate Radio and the Beltway "Whatabout" machine kept them alive and and growing more lurid in retrospect, decade after decade.

So who really won this battle of wits?

Clearly, over the long run, Jacobs and Team Evil did.  Because like any other cult, Republicans have conditioned themselves not to respond to external realities any more.  Public embarrassment doesn't work because Republicans have killed the part of their human souls that is capable of being embarrassed.  Bringing down a hellfire of facts and figures doesn't work because they simply will not recognize facts or figures from non-cult members as legitimate.  Same for appeals to reason, to history or to basic human decency.  Hell, citing their own words back to them from five minutes ago when their cult believed the exact opposite of what they believe now will elicit nothing more than a cow-dumb stare, followed by a smirk because, Bwhahahah!, they just owned you snowflake.

And in a minor miracle of perfect timing, as I racked my brain trying to figure out just the right way to close out this post, I wandered over to Twitter to find that the mighty @Athenae had just summed up what I had been trying to say perfectly:


Dems spend weeks and months perfecting framing and debating the correct way to talk about things like "how to teach children to read" and "how to give everyone healthcare" and the GOP is just out here all pic.twitter.com/fVdrhPlaHI
— Allison Hantschel (@Athenae) March 20, 2019

the problem is that it is trump that requires our attention, our subservience, our respect for the office because by means natural and un-natural he inhabits the office.

this will be the greatest shame of the time of the boomers, that we didn't stop this mess..

that you respect the office and not the unworthy possessor.

The "genuine accomplishments" of the "Barlett administration are still very much with us: NAFTA and "free" trade agreements that destroyed unions once and for all, repeal of the Glass-Steagall act, the 1994 crime bill, half million Iraqi children starved to death, dead Serb civilians from indiscriminate bombing, squandering of the "peace dividend," Jeffrey Epstein, numerous sexual assault and rape victims still awaiting some kind of justice, the blue dress, "reinventing" (read: privatizing) government, the presidencies of George W. Bush and Donald Trump, the anointment of Vladmir Putin as president of Russia, Mark Rich, sabotaged national health care, deregulated talk radio dominated by right wing lunatic shouters, etc. Not sure how much more of all that we could have stood to take.