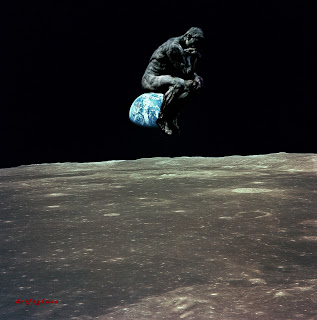 The shattered remnants of the Illinois Republican Party limped into the Bank of Springfield Center last night to momentarily forget their woes by drinking themselves back to 1985 while listening to NRA president Ollie North slander Democrats.   From the State Journal-Register:

...
The 75-year-old North, who became president of the NRA last May, also said the “disarm America movement is the best-funded, most sophisticated assault on our American liberties in our history.”

“The hard left in America are socialists. They’re anti-freedom candidates for office. If they succeed in what they’re doing, our lives are going to be adversely affected forever...

Yes, that happened.  Probably not to thunderous applause, because the days of thunder for this collection of doddering old Republican losers is long behind them.  I imagine instead something like the sound of dead branches rattling against the weather-beaten shutters of an abandoned house at the end of an abandoned road.

An imitation of life staged by and for the unquiet ghosts of a dead party.  With a keynote address by the disgraced leader of a pro-gun massacre cult.  At an event named after a United States president who was shot in the head and is buried a couple of mile away.

So if you live in a happy Blue land surrounded by Liberals who are busy arguing about Medicare for All and a Green New Deal and Harris versus Booker versus Sanders versus Buttgieg versus Warren versus... and are completely baffled by the notion that anyone anywhere could still be fucked-in-the-head enough to support Donald Trump, don't waste $9.95/minute consulting Madame Zito's Psychic Wingnut Whisperer Hotline.  Because honestly, all you have to do is flip on AM talk radio or crack open a local paper anywhere in Trump country and all will be revealed:


“For me, the past is the past,” said Ryan Zipprich of Jacksonville. “He stood up for his country.  He’s a true patriot.”

“We’ve done a really good job the last couple of years of bringing in some high-profile speakers and raising money for the Sangamon County Republicans,” said Rep. Tim Butler of Springfield. “Obviously, Oliver North was a controversial figure in American politics. Those of us on Republican side have supported what he’s done over the years.  I think he’s done a good job heading up the NRA.”

“When I think of Oliver North, I think of icon. Let’s leave it at that,” said Brian Bowles of Springfield.

Kathleen Alcorn said she was excited to see North because he had served his country well. “So it’s just a huge honor to see him and meet him and be in the same room with him and to thank him for all he did for our country,” she said.

“Colonel North gave a patriotic speech that really left the crowd feeling good about itself and good about the freedom upon which our democratic country is based,” he said.

Remember these voices the next time a Never Trumper swears that, up until five minutes ago, they had no idea that their Republican party has been full of Republicans all along.

Yeah, I remember that shit-for-brains North, who sold weapons to our alleged bounden enemy Iran in order to fund the wealthy who were funding the Contras fighting Nicaragua's - gasp! shriek! - socialist, but lawfully elected, government. THIS after we had been adjured ad nauseum about how Iran and the Ayatollah were the devil incarnate blah blah blah....

And I still hear my fundier-than-thou nutbag 'rents yelling over me telling them the TRUTH (you are not the only voice crying out in conserva wilderness, Driftglass) about fucking fuck face North that OLIVER NORTH IS A TRUE AMERICAN PATRIOT!!!!!1111!!!!!!11111!!!!

Fucking bullshit nonsense that this fucking asshole is the Head of Traitors 'n Murderers R Us, Inc, aka, National Rifle Association, but in another totally fucking nightmare way, it does make fucking sense that such a racist shitbag shitheaded worthless piece of shit would continue to be handsomely rewarded for his service to the PTB.

The fucking idiots who attend these PR stunts are fucking stupid jerkwads. But not surprising. If my fucking stupid siblings had been anywhere nearby, they'd probably go whilst praying to Jeebus to thank "him" for allowing them to be in such hallowed fucking company.

I can't believe that Oliver North is still out there drawing crowds. But then again, G. Gordon Liddy was still around until not long ago, on the radio and recommending that people aim for the head when the federal agents come for their guns.

Fuck you Ollie, I remember what you did, and I'm not the only one:

Can someone brief Ollie that Obama already confiscated everyone guns.
That Ollie is like Paul Revere riding to give alarm (ringing his freedom bell as Sarah Palin writes its history). Sending alarm 10 years after the British took NY.

It took a full 8 years for Obama to go door to door across America personally taking each and every gun. But he did not stop their, he took his trusty metal detector and scanned the yards to find all those buried hidden arms cashes.

Ollie defended the right to bear arms to defend yourself pretty well over those at that Las Vegas outdoor concert mass shooting.
All those gun totters at the concert really stopped that one.

I would like to ask Ollie, Did Putin confiscate your balls, spine and patriotism? How much did you sell it for?

Fuck Ollie. Motherfucker should =still= be in prison.

Just a note for our younger viewers:
Oliver North is a convicted felon, who got off on a technicality in the Court of Appeals.
Just like that Miranda guy they complain about so much.
Of course, Ollie tells people he was found innocent by a jury of his peers.
Such a scamp.