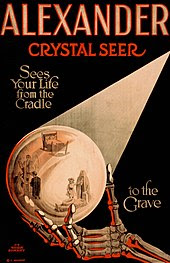 With great fanfare, fawning media coverage and a brand-new anthem, America's favorite Beltway Both Siderist scam -- No Labels -- was launched eight years ago this month, on December 13, 2010.

And four days later -- based on little more than my native Midwestern ability to recognizing various species of roadkill and political thimble-rigging at great distances -- here is what I predicted that we could expect from them:

Dead Center:  Political Cowardice Now Has Its Own "Movement"!

And then sprinkled the resulting crime against nature with an assload of money (because there are always, always endless assloads of money available for any horrible idea that reinforces Villager sensibilities)?

What you get crawling out of the Petri dish are things like the autotuned, content-free, sugar-coma-inducing horror that is the "No Labels Anthem"

But nothing we did not expect, right?

I mean, ever since the Republican Base ducked out on paying the tab for a generation of being loudly and catastrophically wrong about everything by putting on funny hats, screaming about liberty and calling themselves "The Tea Party", their sleazy Centrist enablers have been seething with jealously. Quite suddenly the monster they built didn't need them anymore and the skeevy hustlers who had helped create the Racist/ Corporatist/ Dominionist Confederacy on the bones of the New Deal and the grave of the American Dream found themselves cast out and looking for their next meal ticket.

Can I haz my million dollars now?...

And now, eight years later, how do the bold predictions of one vituperative, foul-mouthed Midwestern blogger's compare to the actually history of this cynical experiment in lifeboat building and vapid grifting?

From The Daily Beast:

Internal documents show a group funded by the biggest names in finance. But also beset by dysfunction and division.

As House Republicans were crafting their Obamacare repeal bill in the spring of 2017, Nancy Jacobson, the founder and CEO of No Labels, a group that promotes bipartisan governance, wanted to spice up her organization’s Twitter feed.

So she turned to someone known for provocative political takes: her husband, longtime political operative, Mark Penn.

In a tweet that March, written under Penn’s direction, No Labels took the unconventional position that Democrats were to blame for not being more willing to work with Republicans in the destruction of their party’s signature piece of modern legislation...


The group, which was founded as a champion of political bipartisanship, has been quietly courting donations from some of the most notoriously partisan money men and women in politics.

There follows a long article, marbled with one utterly unsurprising revelation...


“The more one looks under the rock, the more one turns over that rock, it is not an attractive picture. It is a big fundraising operation run with limited results,” said one former No Labels’ official. “You go in first, there are donors, they’re having discussions and you think it’s healthy. And then you’re in it for a few months and you wonder, what are we doing?”


“It seemed like they wanted to flex, to say if you’re not willing to be a ‘problem solver’ they might throw you under the bus,” said a source who previously worked for a member of the No Labels’ Problem Solver caucus. “The message was that all the bipartisanship didn’t count if you didn’t accept their branding.

Because when you build a movement entirely out of bullshit and dark money, you don't have to be Claude Alexander Conlin to pierce the veil of tomorrow and predict that it will end up crawling with dung beetles and con men.

Can I haz my million dollars now?

Email ThisBlogThis!Share to TwitterShare to FacebookShare to Pinterest
Labels: No Labels

Sorry Driftglass, like the US in the late 30's, you were right too early, suspiciously early in fact. Cable news can't have someone like you on television, you might ruin it for the rest of them.

Right there in his name: "mark." There's a political sucker born every minute. And an editor at The New York Times or Washington Post ready to publish whatever they write.