Hugh Hewitt: The A2s Always Were a Bit Twitchy 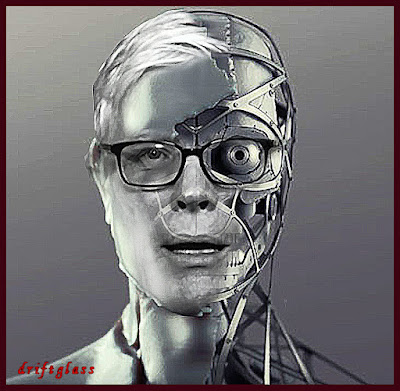 Because Hugh Hewitt (the Cyborg Sent From the Future to Destroy America) is incapable of processing basic human emotions and because his Wingnut Prime Directives are depraved, we have reached that part of our long, nightmare voyage where Mr. Hewitt begins to begins to thrash uncontrollably, lose his shit completely --


The incantation of “Merrick Garland” is a cult-like reflex, telegraphing a child’s grasp of Constitutional structure, and a slavish devotion to left wing Democratic talking points. But keep at it. It worked so well in 2016.
— Hugh Hewitt (@hughhewitt) September 20, 2018


-- and attack anyone or anything that imperils his mission of packing the Supreme Court with wingnut operatives:


It would probably be useful to the "WTF Happened?" historians of tomorrow to point out that, as of this writing, Mr. Hewitt -- who has always been exactly this sleazy and unprincipled -- is still sitting on the MSNBC payroll as an underutilized asset.  And that Mr. Hewitt did not wind up as a Trusted MSNBC Contributor because some kindly orphan from Kansas found him rusting in a field, took pity on him, and invited him to join her quest to go see the Wizard.

No, Mr. Hewitt was hired by MSNBC very much on purpose as a centerpiece of their 2016 "You Won't Believe How Much Right Wing Dick We're Gonna Suck" campaign. 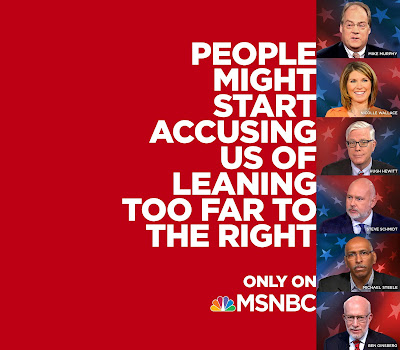 A campaign that they would very much like everyone to forget about, thank you very much.  And since they own the cameras and thus control the parameters of any national conversation, everyone has pretty much forgotten about it.

Except, of course, for us stupid Libtards: we who are infamous for our cult-like reflexes, our child’s grasp of Constitutional structure, and our slavish devotion to left wing Democratic talking points.

At least that's what Mr. Hewitt believes, which should come as no surprise.  After all, while it may be true that in 50 years, advances in artificial person technology may one day lead to Conservative Cyborgs who are not inhuman sociopaths, in the right-here and right-now, we're still dealing with A2s like Hugh Hewitt.

And the A2s are definitely a bit twitchy.

Will Hew Hewitt have a Charlie Sykes mid life crisis?
The Hewitt has jumped from life boat to life boat. Why doesn't Trump see the worthlessness Hewitt could bring to his Administration?
Maybe after the mid terms when he goes on his apprentice firing rampage.

Why is it that Rethugs feel the need to insult and degrade us at ever turn, when all we to is repeat their words back to them to highlight their ridiculousness?