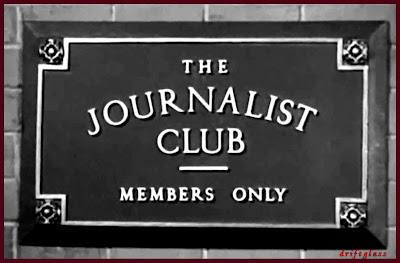 This coalition of "printers, publishers, paper suppliers and distributors that represent mostly small businesses in local communities that employ more than 600,000 workers in the United States" who, over the weekend, published this full page ad in newspapers across the country:

And what's wrong with that?

Nothing, except nowhere in does it mention the actual problem which is President Stupid and his party of hobgoblins and imbeciles.

Instead, an entity called "Washington Policymakers" are enjoined to stand up for American newspapers and printers against "a single company" which, for reasons left completely opaque, suddenly have to power to kill 600,000 jobs and cripple and entire industry, and the lede is buried so deep that, if we survive this, you might be able to find it in history books a century from now.


Exactly the same panicked, maybe-Trump-just-doesn't-understand reaction being bruited about the half-empty offices of our local Republican-friendly newspaper to the crippling newsprint price increases that Trump's paper tariffs have dropped in their laps.

Dear STOPP.  I understand that local newspapers everywhere are hemorrhaging ad revenue and jobs, which in Trump country means finding new and exciting ways not to offend your last, reliable source of income:  your old, white, bitter, Republican subscriber base. But right now one party wants to see the free press in this country burned to the ground, and one party does not.

And you can either pick a side in this fight, or you can start drafting your own obituary.