It Took Decades of Work and Billion of Dollars -- 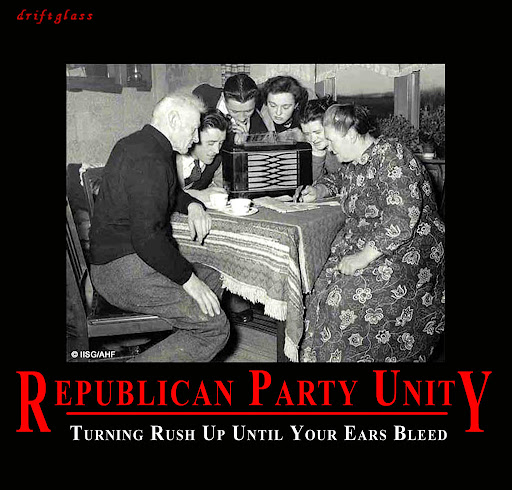 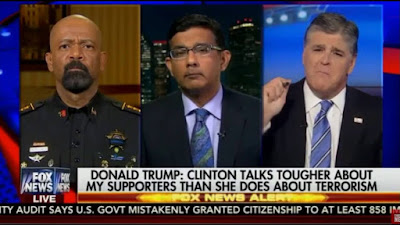 The chart every Democrat should be using on a daily basis--real wages after passage of Tax Reform Act of 1986. pic.twitter.com/QirmFddwkK
— Bruce Bartlett (@BruceBartlett) November 2, 2017

So if you still cling to the fantasy that this mob's rampage through our democracy can be stopped with sweet reason and by waving facts around you have completely missed the point of the the last 25 years.

In fact, the plan to create this mob of reprogrammable meatbags worked so well that the latest generation of barely-literate Conservative propagandists no longer need to strain their limited vocabularies and room temp IQs to make up new, batshit crazy conspiracies to keep the base distracted.

These days can just haul any old, long-debunked slander out of storage (from the NYT, June, 2005)


Citing calls by progressive groups to respond carefully to the attacks, Mr. Rove said to the applause of several hundred audience members, "I don't know about you, but moderation and restraint is not what I felt when I watched the twin towers crumble to the ground, a side of the Pentagon destroyed, and almost 3,000 of our fellow citizens perish in flames and rubble."
...
Mr. Rove also said American armed forces overseas were in more jeopardy as a result of remarks last week by Senator Richard J. Durbin, Democrat of Illinois, who compared American mistreatment of detainees to the acts of "Nazis, Soviets in their gulags, or some mad regime -- Pol Pot or others."


"Has there ever been a more revealing moment this year?" Mr. Rove asked. "Let me just put this in fairly simple terms: Al Jazeera now broadcasts the words of Senator Durbin to the Mideast, certainly putting our troops in greater danger. No more needs to be said about the motives of liberals."
...

-- and the base will line up twelve deep to gorge themselves.

Email ThisBlogThis!Share to TwitterShare to FacebookShare to Pinterest
Labels: 1001 Common Household Things You Can Sell for $100, Contents may have shifted during shipping, Fishes Loaves and Beyond, fox news, Hate Media

They're so far gone, they're cheering for nuclear war. They don't care that the world becomes a lifeless mess as long as a liberal suffers.

They're so far gone, they're cheering for nuclear war. They don't care that the world becomes a lifeless mess as long as a liberal suffers.

The salient fact of American politics is that there are, at any given time, enough people to elect a president who would also volunteer to spend their last few wretched hours of life crawling through the radioactive ruins of their home town with their fingers falling off, if you only promise them that the black-gay-foreign-liberal-Mexican crawling behind them has his fingers and toes falling off.

Funny you should mention the "9-11 means we have to get tough" trope...

Things have gotten (even more) screwy at Guantanamo, and a Brigadier General is in the can for 21 days while a lower ranking "judge" in their Marsupial Legal Proceeding is trying to order three civilian attorneys, who have left the island in disgust, to return and continue to represent the US Cole guy, who has been in custody for fifteen years, the first four of which he spent at in CIA custody being repeatedly tortured.

And the prisoner has no idea any of this is occurring.

The attorneys quit because they claim there is no attorney-client confidentiality to be had, and they can't defend a capital case under such circumstances, but the judge, who without recourse to case law, has to pretty much make it up as he goes along, wants the authority to order US citizens (the attorneys) to participate in his trial against their will, and against any kind of accepted legal procedure in use by our article three courts here in the United States.

And yesterday, Fergus was saying that he would consider sending the Manhattan Truck Asswipe to "GITMO" because our judicial system is a joke and a laughingstock.