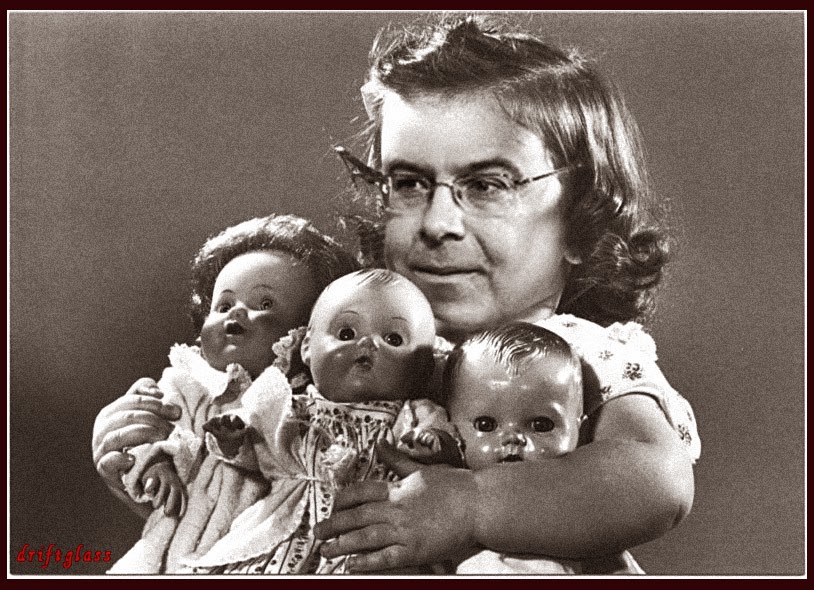 Fortunately for you, the aspiring Sensible Conservative pundit just starting out on the world, America's Most Ubiquitous Conservative Public Intellectual -- Mr. David Brooks of The New York Times -- has made assembling his signature "Build-a-Buckley Workshop" column (one the three basic columns he has been lazily recycling and dining out on for decades) is so dead simple that a child could do it.

A very slow and lazy child with no imagination whatsoever.

So there you are, an aspiring Sensible Conservative pundit, just barely clinging to the middle rungs of the pundit career ladder, hoping that a meteor takes out Ross Douthat and frees up a position for someone of your, uh, "talents" at the The New York Times, or that Fred Hiatt finds a way to squeeze just one more hack into his Wingnut Full Employment project at the Washington Post

The Washington Post Opinion section today named Hugh Hewitt to its roster of contributing columnists. The conservative radio host will write commentary on the Trump administration, Congress, politics and more.


“Hugh is one of the most influential and intelligent conservatives in political media, simultaneously thoughtful and provocative,” said Editorial Page Editor Fred Hiatt. “It’s essential to us that we offer readers a range of views, and we’re thrilled that Hugh has agreed to join our diverse team.”
...

Anyway, there you are, hanging on by your nails. with a brutal smack habit little ones to feed and bookies and hookers college loans to pay off, and you once again wake from sweet dreams of sharing Moscow Mules and witty badinage about eating the poor with George Will and soapy body-body to completion with Phyllis Schlafly...

...into a world where Schalfy is dead, George Will doesn't know your name and won't return your calls, and the atrocities of your deranged Republican Party have become all but impossible to deflect or ignore.

Also -- holy shit! -- you're on deadline and have exactly eleven minutes to knock together some words-in-a-row for The Federalist or The National Review that won't cost you your job.

And that is when you fly!fly! to The New York Times archives, there to calm yourself and comfort yourself in the knowledge that your profession is now so utterly debased that even the algorithm that poops out "David Brooks" columns for the Times twice a week doesn't even try any more.

Eleven minutes until deadline?  Ha!  Fuck that!  Eleven minutes is forever.  So relax.  Put your feet up and knock back that half glass of Dewars you failed to finish last night before you slipped off to dreams of Will and Schalfly, and let America's Most Ubiquitous Conservative Public Intellectual take you on a tour of his Build-a-Buckley Workshop and show you how it's done.

Step One:  Touch very lightly on the fiasco de jour*, while localizing them as much as possible to one individual so as to minimize the risk of accidentally mentioning the real problem -- that fact that your entire Republican Party is out of its fucking mind.  From Mr. David Brooks of The New York Times today:

We are used to treating politicians as vehicles for political philosophies and interest groups. But in Trump’s case, his philosophy, populism, often takes a back seat to his psychological complexes — the psychic wounds that seem to induce him into a state of perpetual war with enemies far and wide.

Remember, although every poll shows that Trump is The Party and The Party is Trump, never, ever say this out loud.  For the purposes of the fiction you will spin for the dolts who read your trash, Trump is a freak of nature who somehow has nothing in common with the 63 million meatheads who listened to his lies and rants and bile for a year and a half and loved every minute of it.  Also if possible, use the word "Trumpism" a lot --

...Trumpism is a posture that leads to the now familiar cycle of threat perception, insult, enemy-making, aggrievement, self-pity, assault and counterassault.

-- to underscore the fiction that somehow Trump is waaaay over there, all by himself doing crazy things, completely separate and apart from your Republican Party.

Step Two: Imagine as though, through some magical intervention, everything were somehow completely otherwise. From Mr. David Brooks of The New York Times today:

If you could give Donald Trump the gift of a single trait to help his presidency, what would it be?

Ignore the fact that you can't.

My first thought was that prudence was the most important gift one could give him. Prudence is the ability to govern oneself with the use of reason...

Ignore the fact that you this will never happen.

Thinking about politics in the age of Trump means relying less on the knowledge of political science and more on the probings of D.H. Lawrence, David Foster Wallace and Carl Jung...

So, upon reflection, the gift I would give Trump would be an emotional gift, the gift of fraternity. I’d give him the gift of some crisis he absolutely could not handle on his own. The only way to survive would be to fall back entirely on others, and then to experience what it feels like to have them hold him up.

You know, in very much the same way The New York Times has propped up a lazy, lying hack like Mr. David Brooks all these years: a writer who would be living under an overpass eating squirrel-ke-bobs if he were ever forced to rely on talent and integrity to make a living.

Out of that, I hope, would come an ability to depend on others, to trust other people, to receive grace, and eventually a desire for companionship...

Ignore the fact that you this will never happen.  And then, for style points, waggle your ass right in your reader's face by admit that everything you just wrote is bullshit.

I doubt that Trump will develop a capacity for fraternity any time soon, but to be human is to hold out hope, and to believe that even a guy as old and self-destructive as Trump is still 0.001 percent open to a transformation of the heart.

Because, wheeee!  I'm David Fucking Brooks and no matter what fifth-rate claptrap I shart into the pages of The New York Times every god damn week, for some reason I can never be fired!

Step Three:  Hit publish and collect Big Munnies, kiddo, because you're all finished.

You are done for the week.

With ten and a half minutes still to go until deadline.

In the immortal words of Kitty Pryde, why do you insist on saying things I can never unhear?

History is likely to give Trump a crisis he cannot handle on his own. That's what happened to Hitler, Mussolini, Japan. It's just that millions of innocent people (and also the dumb ones who support Trump) will also suffer terribly while the lesson is "learned."

I think you meant "fiasco du jour," as in "of the day," not "fiasco de jure," as in "by rightful entitlement or claim," no?

Love you. Please don't hurt me.

What are three authors who's books sit unopened on Upper East Side/Beltway shelves and a empty spot were Road to Character also sat, unread, for a few months years ago before being pitched?

"If you could give Donald Trump the gift of a single trait to help his presidency, what would it be?"

Lack of a heartbeat?

I have a gift for Donald. It's an old, green turd, to be stuck in his eye. I had meant to give it to The Governator, but just never got around to it.

I guess they had to hire HewHew because Jennifer Rubin accidentally made sense Twice! on AM Joy, and that un-slanted their wingnut loading chute...

Which of their editorialists advocate for socialized medicine and 70% top tax rate?

Thank you, David Fucking Brooks, for implicitly admitting that Conservatism as an ideology offers nothing but "hope."

When your leaders are awful, authoritarian tyrants, just "hope" they get better!

When you get sick, just "hope" you don't die!

When you work like a slave for dog-wages, just "hope" you can save enough for retirement!

If you're a minority, just "hope" you'll be able to vote in the next election!

David Brooks has never, ever touted the accomplishments of Conservatism. Because there are none, aside from the spread of misery, fear, and greed.

Dear Fiddlin' Bill, slight correction: Hitler, Mussolini and Tojo went out of their way to create the crises (i.e. wars) they ended up not being able to control. That's very different from reacting badly to some event another person/country created. Trump is a hapless 70-year old narcissist and failed businessman/conman. As i have said many times, he won't last a year.

But, I have to say, as someone who works in DC and lives nearby, the WaPo has been a love/hate relationship. Their local reporting is excellent and their national coverage of Candidate/President Dump has recently been excellent but the Op/Ed page has long been dismal. Fred Hiatt continues to be terrible. Adding Alien Robot Hugh "Huey" Hewitt who is not even a coherent writer, still less anything like a thinker is mysterious, especially since there is no liberal balance to counter Hewitt.