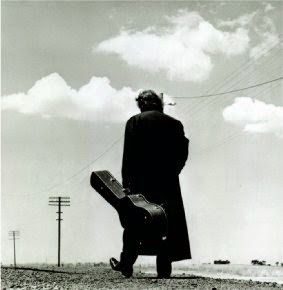 Brother Charlie Pierce is taking a little time off to bury the bodies of his political enemies in the Hockomock Swamp rest up, so it is likely that at least a couple of his more hardcore, political DT-types will be wandering in here demanding three fingers of two cents plain.

Which is fine.  Transients welcome.  But this week I will not be doing the usual Sunday Morning retrospective I have been doing more or less regularly for +11 years.

This week, rather than dwelling on why certain Teevee Lizard People have a reserved seat at America's most prominent Sunday morning political kabuki, instead of, say, arguing SEO strategies and drinking sterno with Jeff Gannon in a West Virginia hobo camp, I shall direct your attention to this timely reminder from 22 years ago that the reasons behind the rise of Donald Trump are not in the least bit mysterious to anyone who has been paying attention to American politics for the last few decades and who is not congenitally dishonest.

Republicans Get a Pep Talk From Rush Limbaugh

To all the advice for the new Republicans coming to Congress, add this from Rush Limbaugh: A hostile press corps lurks inside the Beltway.

"You will never ever be their friends," the talk-show host warned most of the 73 Republican freshmen at a dinner here tonight. "They don't want to be your friends. Some female reporter will come up to one of you and start batting her eyes and ask you to go to lunch. And you'll think, 'Wow! I'm only a freshman. Cokie Roberts wants to take me to lunch. I've really made it!' " The audience laughed.

The freshman class, which included not a single "femi-Nazi," one of Mr. Limbaugh's favorite epithets for supporters of women's rights, whooped and applauded, proving itself one big fan club of the man it believes was primarily responsible for the Republican avalanche in November.

Mr. Limbaugh was made an honorary member of the class as its members tonight finished a three-day orientation here sponsored by the Heritage Foundation and Empower America, two conservative Washington research organizations.

Barbara Cubin, an incoming freshman from Wyoming, told Mr. Limbaugh that because 74 percent of the nation's newspapers had endorsed Democrats, "talk radio, with you in the lead, is what turned the tide." On behalf of the women in the class, she gave him a plaque that said, "Rush Was Right." He also received a pin like the ones the freshmen wore, saying, "Majority Maker."

"Rush is as responsible for what happened here as much as anyone," said Vin Weber, a former Representative from Minnesota, now of Empower America. Citing a poll taken after the election by Frank Luntz, a Republican pollster, Mr. Weber said that people who listened to 10 hours or more a week of talk radio voted Republican by a 3-to-1 margin. "Those are the people who elected the new Congress," he said.
...

Smash-cut forward 22 years and we find the Right in the middle of a knife fight over who is going to get tagged for driving the wingnut gravy train that has made them all rich off the cliff.  From Vox:

Sean Hannity called a columnist an asshole. What happened next explains Donald Trump.

...
There is no bright line between Bret Stephens and Sean Hannity. They can both only exist in a conservative informational environment where independent intellectual authorities are disregarded and a certain set of politically convenient but indefensible ideas are treated as catechisms. The key difference is that Hannity is less pretentious about it.

Conservative politicians were all too happy to cater to these institutions — after all, they help them win. Several academic studies have found that Fox News has had statistically significant (if occasionally overstated) effect on Republican vote share in presidential elections.

This Faustian bargain is biting conservative elites in the ass.

Rank-and-file voters bought into movement conservatism as an expression of cultural grievance and racism, not deep commitment to limited government principles. When someone better at manipulating those grievances came along, conservative elites couldn’t stop him by calling him out of touch with the expert policy consensus. They had spent years delegitimizing that criticism.
...

The point being, this rough beast has been slouching towards Washington to be born for a very god damn long time,

And interestingly, the only people who do not have reserved seating at America's most prominent Sunday morning political kabuki, are the people who have been warning that this catastrophe was coming all along.
at August 15, 2016

I remember listening to Limbaugh maybe maybe mid-'95 or so, because I'd heard so much about him and I was in my car every day when he was on. He seemed to spend a lot of time explaining what liberals think, and while it was clear he had no clue, it was equally clear that the deliberately divisive lies he spewed were his bread and butter. And Oxy, presumably.

I specifically remember hearing him railing against the very IDEA of compromise. This was a point he hammered home often. So if, in the first paragraph of the quote, you imagine he's talking about Democrats instead of reporters, the spirit is exactly the same.

Driftglass' point is spot on regarding the right and its attitude toward the media, and especially the fact that this is LONG in the making. But it's of a piece with their attitude toward the opposition party, with Newton Leroy dovetailing with Limbaugh (is that a thing?) and the whole thing peaking when the blah guy moved into the white house. Good times.

I can only stand to pay about half as much attention as you do, but I have been doing it for quite a long time. I still read so I know a few things that smart people said before twitter existed.

"As democracy is perfected, the office of president represents, more and more closely, the inner soul of the people. On some great and glorious day the plain folks of the land will reach their heart's desire at last and the White House will be adorned by a downright moron."
H.L. Mencken, The Evening Sun, July 26, 1920

Always a pleasure visiting your establishment~

I had always hoped we had achieved that with Bush, but apparently he's wasn't dumb enough.

Rank-and-file voters bought into movement conservatism as an expression of cultural grievance and racism, not deep commitment to limited government principles.
Amen! All the discussions, polling, etc, about who Trump's voters are can be summed up in that sentence. It's far too generous to claim that they are poor whites who've been "left behind" in a bad economy, which lends some patina of validity to their grumpy gripes. That may well be true in some cases, but the big impetus for Trump voters is racism and cultural grievances, pure and simple, which have been well-stoked by the Southern Strategy-fueled propaganda wurlitzer for these past 3+ decades. They don't give a flying fig about Trump's economic plan (basically GOP 3.0) or any other programs that he proposes, other than the Wall. How the Wall is going to make their lives "better" is beyond me. Just racism.

@RUKidding: Read a poll this weekend that specifically stated Trump supporters are much more educated and affluent than the current media narrative allows. Guess it is just proof of how powerful immersive lifestyle oriented propaganda can be when it is targeted at scared, resentful people who don't want to have to think for themselves because that makes them feel like scared, resentful people.

BTW...based on how quickly Conservative "establishment/elites" round filed the 2012 Presidential autopsy report; what they let 16 other Presidential candidates do or say during the 2016 primary; and the recent mass hiring of media conservative operatives, I think the Conservative "establishment/elites" expect the wingnut gravy train to chug right running on 24/7 Hillary Hate. They are taking what was AM radio in 1994 putting on primetime and not letting anyone who will break the illusion within 1,000 feet of it. They fully anticipation being able to make 2018 be 2010/1994 all over again.

I remember listening to Rush in 95 or so, just to hear for myself what all the fuss was about. He spent a lot of time telling his listers what liberals think, what they feel, and he drummed home this point repeatedly: compromise bad!

The R's took THAT to heart in the 90s, but it went into double secret overdrive in '09

As Rush"the hyena" was credited with a 3 to 1 vote for conservatives that listened to radio. Began the onslaught of any alternative radio. Kill the opposition. Like Union massacres promoting corporate profits and undermining the American working class.

The Hannity originated with Colmes. The weened colmes of time and eventually sent Colmes far away that opposition / counterviews were silenced. Hannity had always had wet dreams of being Rush. Like Savage, Medved and even O'reilly made a stab at radio to get their GOP Congressional partisan medal and honor.

As the rains of climate change comes. So does the reins of power at FOX. What Dick Cheney was to GW Bush, Roger Ailes was to Rupert Murdoch. Rupert's return to manage FOX as Ailes retreats to his glorious seclusion he will have to enjoy by his loathsome self. May he join Scalia, as unremorseful as it sounds. The harm and division they caused to America for partisan profit and self glory.

You say Hannity is a squid brian. I must agree. He has had a "tell" Hannity's "tell" that he is a nincompoop is how he tried so desperately to portray intelligence by his "smart" pencil.
He picks it up and points with it. He actually put the eraser to his mouth to chew on (as if to conjure a thought). Perhaps a teacher from his childhood who he imagined was smart and authoritative. Hannity does enjoy the domination if you haven;'t noticed. Makes one wonder what Roger Ailes had him do in the interview for the job at FOX, eh?
Lately, Hannity appears to be calling out for help desperately with his HRC medical probs.
Instead of spending to much of my time on these critters and their behavior. Let me just put it this way.
These people like Hannity exhibit behavior represented of those that claim they have been abducted by aliens. With blurred memories of a large black alien probe that explored their rear nether regions.
Thier behavior is common in those that claim of these personal abductions by aliens.
For Hannity, he seems to be suppressing a real life probing event (interview with Ailes). Claiming alien abduction and alien probing that he tries to maintain manhood he feels he gave up to Roger Ailes.

The Rush wannabees are piled high and deep in today's media. I swear it wouldn't surprise me if Murdoch contracted Alex Jones to take over for Roger Ailes at the FOX.

You can beat your heart against that wall for only so long. I started talking about this 30+ years ago. I would use the moral of Shelly's Frankenstein. "Beware the monster you create and don't be surprised when it returns to destroy you." Nobody would listen.

I suppose I take some modest level of satisfaction knowing that the "very serious people" are finally waking up. It's a little late for them but at least they're up. There is at least some slim chance of killing the monster now though I don't hold out much hope.

@ Rob't: "Makes one wonder what Roger Ailes had him do in the interview for the job at FOX, eh?"

Icky for sure. But it is time for all Americans to burden the present for ignoring the past.

Thanks for citizen service sacrifice..