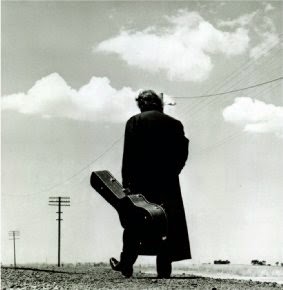 
Mark Halperin: I got a "D" in spelling.

On "Meet the Press"


CHRIS MATTHEWS: But some of the victims, obviously there's the primary victim here.

CHRIS MATTHEWS:  But a lot of victims are these good Congress people, who lead good lives.

CHRIS MATTHEWS:  And now they're all splashed with this


Brit Hume: It’s hard for this president to put on his big boy pants and deal with national security.

On "Face the Nation":


Jeb Bush: Well, [my imbecile brothers'] successes clearly are protecting the homeland. We were under attack, and he unified the country, and he showed dogged determination, and he kept us safe.

Well, except for that one time.


The Deafness Before the Storm
By KURT EICHENWALDSEPT. 10, 2012

...
The direct warnings to Mr. Bush about the possibility of a Qaeda attack began in the spring of 2001. By May 1, the Central Intelligence Agency told the White House of a report that “a group presently in the United States” was planning a terrorist operation. Weeks later, on June 22, the daily brief reported that Qaeda strikes could be “imminent,” although intelligence suggested the time frame was flexible.

Also (and more importantly) on Face the Nation:

Of all the horrible choices on offer at the seven-course dog's breakfast into which the Sunday Morning Mouse Circus has devolved,  Bob Schieffer's show was usually the most heart-healthy option.

He hung in there longer than I ever thought he would, and even though he usually acceded to the demands of the Procrustean "Both Sider" narrative which is now required by every mainstream political talk show for reasons than no one in the media dares to explain, it seems to me he did it perforce.  He never threw himself into the arms of Both Siderist Big Lie with the grotesque passion of a Chuck Todd, or proudly took the Both Siderist Big Lie as his shrewd-career-movie trophy bride like a Mark Halperin,  He just did his job to the best of his abilities and within the limits of a medium which has debased itself beyond redemption.

So farewell, scribe of a bygone age.  If I still believed the Sunday show template was salvageable at all, it would have been because you were still out there every week, still in uniform, gamely shagging fungoes.

I look forward to Matthews wife being elected in Maryland is a Democrat.

She's perfect for the office, socially liberal, fiscally conservative, with a mind for business and not taken by flyover tales of middle class christian bullshit.


Bring her on. She represents the future for our party.

I liked Shieffer for his interview of Lewis Black because he seemed to be genuinely amused at the things Lewis was saying, so I could at least relate to him on that level...

Well, except for that one time. And that other time, with the anthrax.

Brit Hume also has a problem with HIS pants - it's that pile of fear-crap he fills them with every day...

There is no such thing as "fiscally conservative, socially liberal". That's a lie sold to people by Neo-Feudalist rightists.

If you're "fiscally conservative" you're taking social liberalism and cutting it off at the knees.

Get some facts in you, boy.