When The Chickens Came Home To Roost Carrying Ebola 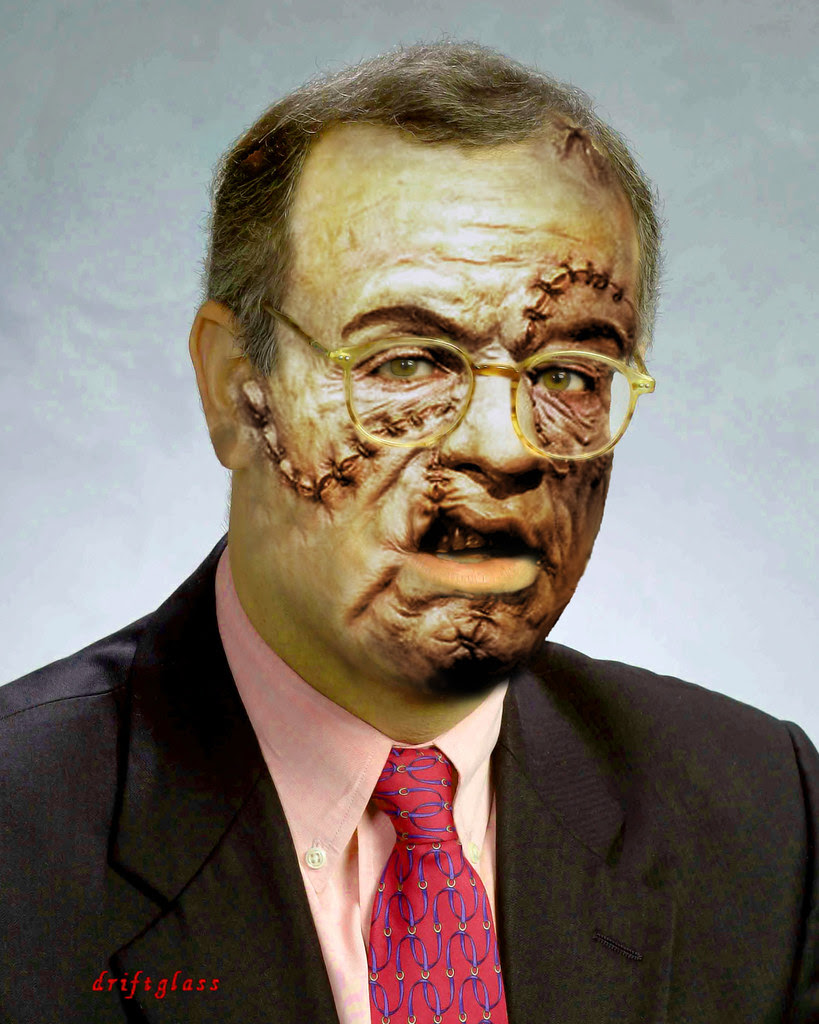 And then one day The New York Time's Prince Prospero began to suspect that partying behind high walls with a thousand wealthy friends may not be sufficient to keep the Red Death at bay after all. And so, in defense of a kingdom which he had, in fact, long since abandoned for the safety of his castle, he fearlessly leaped into action by tossing off another of his trademark columns-from-nowhere in which unspecified "people" with various "ideas" have done "stuff" which has kinda "fucked things up and shit".

Today's subject: two of the four horsemen of the Apocalypse  --

The most obvious example is the fight against jihadism...


The most egregious example is global health emergencies...

But I get ahead of myself.

So, Mr. Brooks, pray tell, why are things so fucked up and shit?

Because we live in City B, obviously!

Man, I hate those smug bastards in City B, with their “fire departments” and “roads” and “non-toxic drinking beverages” and such!

So, Mr. Brooks, pray tell, how did things get all fucked up and shit in City A anyway?

A few generations ago, people grew up in and were comfortable with big organizations ― the army, corporations and agencies. They organized huge construction projects in the 1930s, gigantic industrial mobilization during World War II, highway construction and corporate growth during the 1950s. Institutional stewardship, the care and reform of big organizations, was more prestigious.

And then, through some mysterious and inexplicable process which no one understands but for which certainly everyone is equally at fault, all of that good City A stuff  just ...sorta... melted... away.

We like start-ups, disrupters and rebels. Creativity is honored more than the administrative execution. Post-Internet, many people assume that big problems can be solved by swarms of small, loosely networked nonprofits and social entrepreneurs. Big hierarchical organizations are dinosaurs.

While using a slide-rule presumably.

Except, of course, this is emphatically not how it happened.

Whoever the “we” are in this latest chapter of Mr. Brooks' sprawling, revisionist project  it does not include me or anyone I know.  Because whatever charms and virtues the “disruptors” may have in the abstract, pout here in the Real World, “we” never held a plebiscite to decide that disruptors would take the place of government (from Richard Sennett in 1998):

The dizzy life of Davos man

Yet I had an epiphany of sorts in Davos, listening to the rulers of the flexible realm. "We" is also a dangerous pronoun to them. They dwell comfortably in entrepreneurial disorder, but fear organised confrontation. They of course fear the resurgence of unions, but become acutely and personally uncomfortable, fidgeting or breaking eye contact or retreating into taking notes, if forced to discuss the people who, in their jargon, are "left behind." They know that the great majority of those who toil in the flexible regime are left behind, and of course they regret it. But the flexibility they celebrate does not give, it cannot give, any guidance for the conduct of an ordinary life. The new masters have rejected careers in the old English sense of the word, as pathways along which people can travel; durable and sustained paths of action are foreign territories.

“We” never voted to run up staggering deficits on purpose so that “we” could use those deficits as a sledgehammer to smash the last remnants of the New Deal and the Great Society once and for all.

And whatever the fuck “many people assume” – pre or post-internet – there was never a referendum on the question of whether or not “we” should, say, dismantle the American Middle Class by massively deindustrializing our major cities, smashing labor unions and shipping millions of good manufacturing jobs overseas.

Because despite what Mr. Brooks' precious reportage-from-nowhere would have you believe, decisions like these which radically altered the basic social contract that held our fractious nation together did not just precipitate out of thin air. Rather they are the proud bastard offspring of 40 years of Conservative think tanks, Ayn Rand fetishists at the Federal Reserve, voodoo economics and right-wing talk radio.

They were proposed and ratified by virtually no one except members of the small coterie of anti-government Conservatives and pro-feudalism oligarchs in whose service which Mr. Brooks has loyally spent his entire career.  Letting snarling, insatiable, Hobbsean capitalism off the leash was touted as a bracing cure for everything that ails this old world -- from global disorder to poverty to environmental disaster -- by virtually no one but the Conservative media machine and the corporate Democrats who tack relentlessly with every prevailing breeze.  The premeditated destruction of our capacity for self-government was cheered as a welcome revolution by virtually no one but David Brooks' Republican party.

The conditions of endemic dysfunction and disrepair about which Mr. Brooks is now freaking out --

“When the boring tasks of governance are not performed, infrastructures don’t get built. Then, when epidemics strike, people die.”

-- are nothing more or less than than the American Conservatism Mr. Brooks has touted his entire adult life operating at peak efficiency.

Where do you think the pig-ignorant mobs come from, David?  The ones who are whipped daily into  raving, gun-waving, tyranny-shrieking frenzy by the normal, quotidian work of government?

And who do you think is doing the whipping?

Every fucking bit of it derives from Conservatism's "Government Is The Problem" Prime Directive which has been carefully assembled and deployed one lie, one slur, delusion and one straw man at a time over the course of many decades, by every member of the Conservative Brain Caste, from Rush Limbaugh working the intellectual slums, to David Brooks whispering to the elite, to Conservative think tanks grinding out white papers and Conservative media tirelessly catapulting that Ol' Debbil Propaganda....and all of it funded by a stretch limo clown car full of crackpot billionaires.

And every step along the way, fighting a lonely, rear-guard action in defense of the American Dream against wave after wave of lavishly funded Conservative sedition , you will the Dirty Fucking Hippies.

The slow motion destruction of the United States government by tax cut, relentless paranoia-mongering, deregulation and the outsourcing of everything to the private sector is the greatest Conservatives engineering project in history, David.

It's your Panama Canal.

Ebola will travel faster and will kill more than ISIS ever will.

You get ISIS type groups when you don't have a vibrant middle/working class and big government to look after all those "small things" which make up a decent and healthy society.

Perhaps Mr. Brooks and all his good friends can get it together and go fight the Ebola outbreak. Oh, they want big government to do that. Well then you had better be prepared to pay big taxes.

P.S. Is that Brooks already being afflicted with ebola?

" The slow motion destruction of the United States government by tax cut, relentless paranoia-mongering, deregulation and the outsourcing of everything to the private sector is the greatest Conservatives engineering project in history, David.

It's your Panama Canal."

Of course you know driftglass will never get into the club if you keep this high quality writing and insightful analysis up. Right?

Righteous. I've been reading Rick Perlstein books, and they are the calm, reasoned, factual here-s-what-happened story of the conservative project. All of this has been systematically put into place by the people DB felates. They can't (can they?) believe that destroying the bottom 95% of the population will be good for them in the long run economically, so it almost seems like they really do think it is some sort of moral cause to get rid of the poor people. I guess psychopathy is the explanation.

One of your best.

Message to conservatives: you can't spend 30+ years shitting in your own nest then start to bitch about the stink.

What the Anonymous there said. This piece goes in the Selected Essays of...


Dinosaurs, or what we call birds now, being the most successful and diverse of the tetrapods

Hunter Thompson would approve. There was a time when I missed Hunter deeply. He took the morans to the woodshed with his reporting, his insight, his clear thinking and, most of all, with the blood-stained mace of his language.

It's pieces like this that have helped me move on and know that the fucksticks have not won. That there is a blunt force voice clubbing the assholes with honesty and clear language.

Were Hunter reading this (aloud, as was his way), he's be stabbing the air with his finger, hissing "... yes... yes!"

The slow motion destruction of the United States government by tax cut, relentless paranoia-mongering, deregulation and the outsourcing of everything to the private sector is the greatest Conservatives engineering project in history, David.

It's your Panama Canal.

So stand up and take a fucking bow.

Or, to put it into the Bobo Mother Tongue:

"You have destroyed all that which you have held to be evil and achieved all that which you have held to be good. Why then do you shrink in horror from the sight of the world around you? That world is not the product of your sins, it is the product and image of your virtues. It is your moral ideal brought into reality in its full and final perfection. You have fought for it, you have dreamed of it, and you have wished it..."